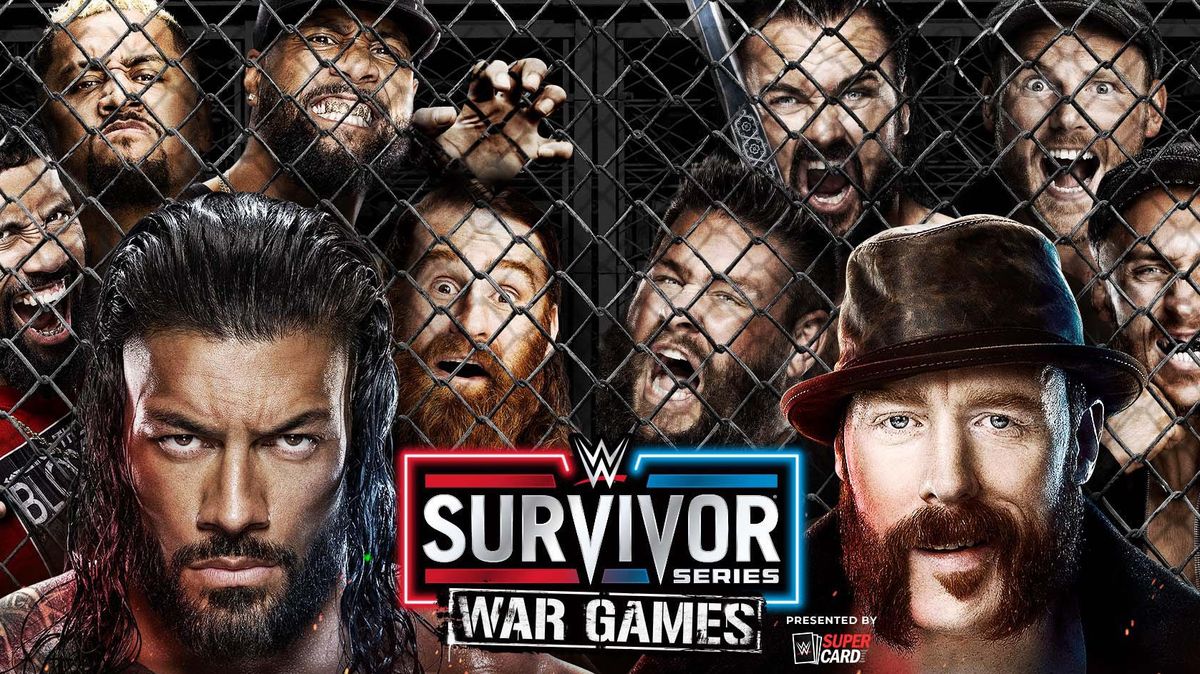 Are you ready for WarGames? The WWE Survivor Series WarGames live stream looks to offer one heck of a night of action, and we’ve got all the details below.

This card looks a little short right now, so SmackDown could change that on Friday. Or, maybe we’ll stick with five matches because two are WarGames matches, which go pretty long.

WarGames rules, if you don’t know, are not simple. Two teams of five send one wrestler down to the ring to facing off, before additional teammates are added in intervals. Only those new wrestlers come from one side at a time, with the team that won an advantage going first. After all wrestlers are in the WarGames double-ring, surrounded by cage walls, the first pinfall or submission gains a victory for one team. Weapons are legal, and chaos always ensues.

In the men’s WarGames match, the Bloodline (The Usos, Sami Zayn and Solo Sikoa) will be led by Roman Reigns, and they’ll take on Sheamus, Butch, Ridge Holland, Drew McIntyre and Kevin Owens. If this match is anything like Sheamus’ other matches, it will be a banger.

The Women’s WarGames match isn’t fully set up, but we’ll learn who joins Bianca Belair, Asuka, Alexa Bliss and Mia Yim on Friday’s SmackDown. That team faces off against Bayley, IYO SKY, Dakota Kai, Nikki Cross and Rhea Ripley. Rumors suggest Becky Lynch will join Bianca’s team, and her arrival on SmackDown would make sense for setting up the inevitable Lynch vs Ronda Rousey match at WrestleMania in Los Angeles.

Here’s everything you need to watch the Survivor Series 2022 live stream:

While Peacock is available all across the U.S. and the WWE Network is still the standard around the world (though that’s changing), Survivor Series WarGames live streams can get a bit confusing. You might want to check out a VPN if you can’t watch with the service you normally use.

International audiences will be pretty jealous of U.S. audiences, which will save up to 50% by switching to Peacock (unless you get the no-ads tier at $9.99 per month).

The best VPN is ExpressVPN (opens in new tab). It meets the VPN needs of the vast majority of users, offering outstanding compatibility with most devices and impressive connection speeds.

Survivor Series live streams in the U.S. are cheaper

The only place to watch Survivor Series in the U.S. is with Peacock (opens in new tab). WWE Premium Live Events are in the $4.99 Peacock Premium tier; the $9.99 Peacock Premium Plus tier doesn’t get you anything extra for this show. Peacock is now available on most of the best streaming devices.

There’s no need to pay for the ad-free tier for WWE live events, as there are always ads in the live editions of Peacock programming.

Our friends in the United Kingdom will grab Survivor Series live streams on the WWE Network (opens in new tab), for a higher price — closer to the $9.99 that Americans used to pay.

That said, don’t expect this to last forever. Peacock is now touching down internationally, landing in the United Kingdom and Ireland recently. Who knows how soon the WWE content will filter over.

While those in the States pay less now, there is less content available — and the ad breaks are weird — so it’s a monkey’s paw situation on getting that discount.

Australia is still watching Survivor Series streams on the WWE Network (opens in new tab) — though it moves to Foxtel’s Binge in 2023 with the Royal Rumble.

Our predicted winners are in bold

Denial of responsibility! TheShockNews is an automatic aggregator around the global media. All the content are available free on Internet. We have just arranged it in one platform for educational purpose only. In each content, the hyperlink to the primary source is specified. All trademarks belong to their rightful owners, all materials to their authors. If you are the owner of the content and do not want us to publish your materials on our website, please contact us by email: hl.footballs@gmail.com The content will be deleted within 24 hours.
‘survivor’ 2022): and card how live online series stream technology wargames watch wwe
Share. Facebook Twitter Email
Previous ArticleElyse Walker Has Arrived in New York – WWD
Next Article Blair Underwood engaged to friend of 41 years Josie Hart

These items are making your home look cheap, according to interior designers