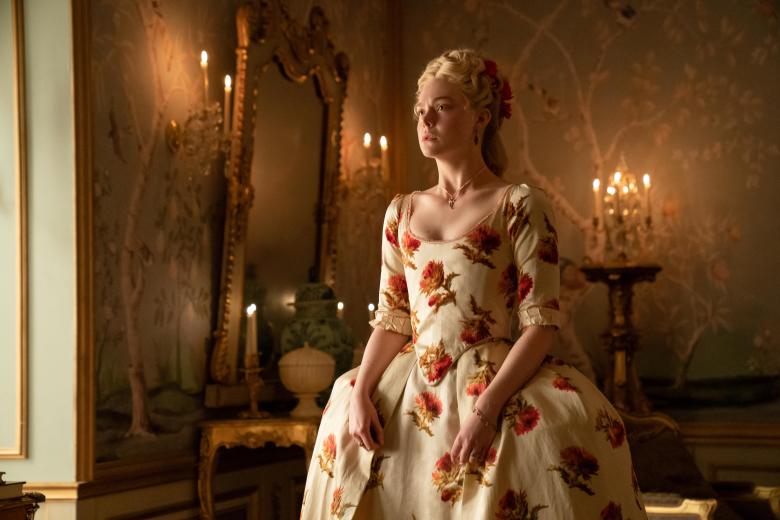 Bob Iger has many things to address in his Disney return, including the inheritance of a $1.5 billion loss in direct-to-consumer business. However, he might want to focus more on the Disney streamer that actually turns a profit: Hulu.

Iger has long been a fan of the service; he’s the guy that bought Fox’s one-third (and thus, controlling interest) as part of the studio’s mega-acquisition in early 2019, about a year before Bob Chapek succeeded Iger. One former Hulu insider told IndieWire that during his final months as CEO, Iger indicated the streaming service (a key part of the Disney Bundle alongside Disney+ and ESPN+) had his full support as a standalone entity. Experts we spoke to for this story do not see any reason for Iger’s opinion from early 2020 to have changed in late 2022.

“Hulu plays a key strategic role for Disney in being the home for adult-oriented content that doesn’t fit as easily with the traditionally family-focused content on Disney+,” Third Bridge analyst Jamie Lumley told IndieWire. “Considering the backdrop of Disney’s option to buy Hulu outright by 2024, it would be a major reversal from Iger to change the company’s strategy with Hulu. Up to this point we’ve been hearing from our experts that it’s less of a question of if Disney will buy Hulu, but when it will make its move.”

Comcast owns the remaining one-third of Hulu and can require Disney to buy out its stake at fair market value as early as January 2024. It would be a windfall for the NBCUniversal parent: Disney previously guaranteed a minimum total equity value of $27.5 billion for Hulu, which makes Comcast’s share worth at least $9.17 billion.

However, Hulu’s real value has changed. Its NBC next-day programming jumped ship to Peacock (Fox’s still goes to Hulu); Chapek moved R-rated Marvel content like “Deadpool” and “Logan” to Disney+; and the streaming industry is in the throes of an economic reality check. A representative for Hulu had no comment for this piece.

Colin Dixon, founder and chief analyst with nScreenMedia, believes mistakes were made with Hulu under Chapek’s watch. Like, why un-Disney Disney+ when Hulu was right there? Hulu needs content too, and Dixon echoes the sentiment that Disney needs an adult brand in the U.S. to match what its Star brand represents in the rest of the world.

Iger wouldn’t have done that, nor would he be as obsessed with quickly making Disney+ huge and profitable.

“The commitment to make [direct-to-consumer] profitable by 2024 was a mistake. This is a marathon, not a sprint,” Dixon said. “[Hulu’s] engagement times are great, churn moderate, and it has established a solid ad business. It will be Hulu that leads Disney’s DTC business to profit in the U.S. Iger bought Hulu and recognizes its value.”

Even if Iger buys out the remaining share, what he ultimately does with Hulu is another question. Some of the possibilities:

Disney sells its controlling stake in Hulu to Comcast

This one is a long shot for a couple of (billion) reasons, but let’s start with why it could make some sense. Steve Birenberg, principal with Northlake Capital, says acquiring Comcast’s stake in Hulu could require Disney to take on a substantial amount of debt, though they have the balance sheets to do it. And if Hulu is worth $27.5 billion (a giant IF, and one that Disney is kind of locked into), having $18 billion-plus of Comcast’s cash come in the door wouldn’t be a bad way for Iger to make a good impression on investors. This route could let Disney chart a path not unlike that of HBO Max.

“Disney would downsize its streaming ambitions to be a more premium service, offering those key brands and potentially could operate at a healthier profit margin, but a much smaller ultimate dollar profits, so it wouldn’t have as big of a potential reach,” Birenberg said. “But that would be a pretty major step back… Look at the acquisitions [Iger] has made. The last thing he did was buy the Fox assets; he wouldn’t have bought the Fox assets if he didn’t have bigger ambitions for Disney streaming.”

Like Iger, Comcast chief Brian L. Roberts has the money. In September, he threw out this very alternative: What if we bought them out?

“If [Hulu] was for sale, put up for sale, Comcast would be interested, and so would a lot of other tech and media companies,” Roberts said. “And you would have robust auction. There’s never been a pure-play, fabulous, scaled streaming service put on the market.”

Most experts see Roberts’ remarks as merely bidding up his one-third valuation — or justifying it, really — but Peacock’s not exactly setting the industry ablaze. Still, $18 billion is $18 billion, and Comcast or any other interested party would likely need Disney to negotiate a new fair-market value in the current climate. Disney would probably take a bath on its own investment, but there’s value in knowing when to fold ’em.

In July, Disney valued Comcast’s one-third share at $8.6 billion, which means it (publicly) believes Hulu is worth $25.8 billion (and thus, its own two-thirds is worth $17.2 billion), or $1.7 billion less overall than what it is contractually obligated to consider — and cover — just 14 months from now. Dixon believes Hulu’s true valuation, based on annual revenue and estimated margins, is between $20 billion and $24 billion today.

One producer who asked to remain anonymous felt Iger at this point will have to go all the way in acquiring Hulu, because if Disney doesn’t own it, the bigger concern will be that someone else does. It may not make perfect sense for Disney to own a service that arguably competes with Disney+  — but as the producer noted, Iger would be smart to remind Roberts that it’s not obvious for NBCUniversal to control it, either. 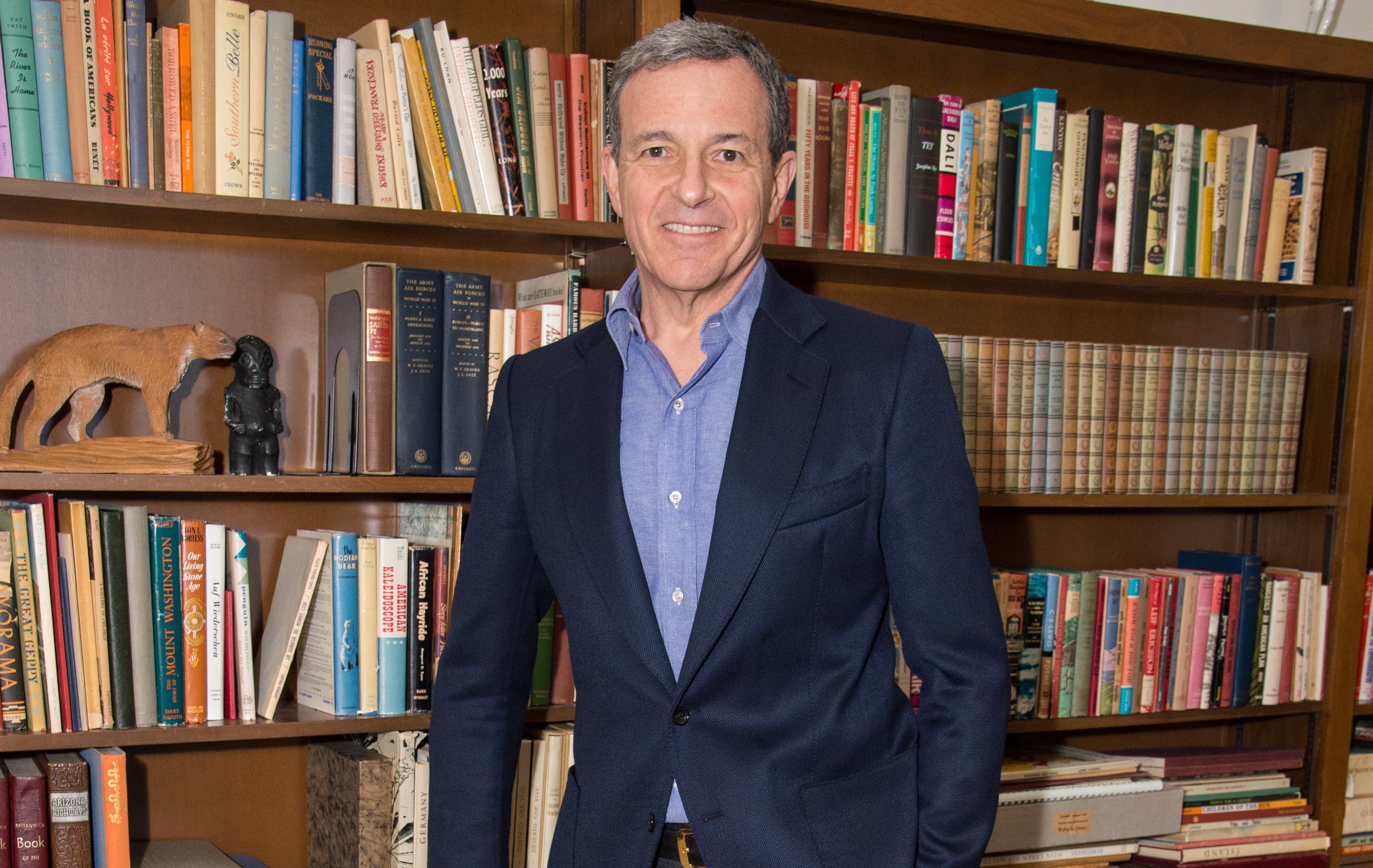 Hulu is folded into Disney+

Full control of Hulu would allow Iger to make the Hulu brand a tile on the Disney+ service. “Disney+ could be supersized with the general entertainment content from Hulu and could become a much broader service more akin to Netflix,” Birenberg said. “One service, one login where you get everything. Disney+ still is somewhat limited in content and only known for the big brands they control.”

The case against lumping the two services together, TVREV co-founder and analyst Alan Wolk said, is Iger was a fan of keeping prices on Disney+ lower. That would be hard to do if Disney+ and Hulu were combined.

“If he does not combine the services, then clarifying their ad-sales vision to allow advertisers to buy across both units and ESPN would seem to be in order,” Wolk said. “It’s what Paramount and Peacock are doing.”

RELATED  Zoë Kravitz on How Social Media Has Influenced Her Career

During Iger’s absence, the streaming industry moved toward ad support, Lumley added. “Hulu was a very early player in streaming with ads and there is a lot that Disney can draw from as it seeks to drive better operational results in its streaming segment.”

Hulu + Live Gets a Boost and launches a FAST service

Wolk said Iger may be inclined to invest more in Hulu + Live TV, which now has 4.4 million subscribers, reported an ARPU of $86.77 (following a price hike), and represents a hot market for viewers who want to give up traditional pay TV without sacrificing it altogether. Or, he could launch a FAST service, or a free, ad-supported offering akin to Pluto TV; Wolk noted that Disney would be the last to enter that space. It could help promote Hulu shows and drive viewers to sign up while proving popular with advertisers. Then again, Wolk is the guy who came up with the FAST acronym, so he may be a bit biased.

But there are no current FAST plans and as Birenberg points out, Disney is fairly protective of its brands. If such a product existed, you can bet you won’t find major Disney, Marvel, or Star Wars shows or films available; that could devalue the content.

Sign Up: Stay on top of the latest breaking film and TV news! Sign up for our Email Newsletters here.

Denial of responsibility! TheShockNews is an automatic aggregator around the global media. All the content are available free on Internet. We have just arranged it in one platform for educational purpose only. In each content, the hyperlink to the primary source is specified. All trademarks belong to their rightful owners, all materials to their authors. If you are the owner of the content and do not want us to publish your materials on our website, please contact us by email: hl.footballs@gmail.com The content will be deleted within 24 hours.
great has hero hulu’s iger options returning the
Share. Facebook Twitter Email
Previous ArticleCyberpunk: Edgerunners Anime Gets Tabletop RPG – Interest
Next Article 10 The Shock News Idols Born In 1995 Who Have To Enlist In The Military by 2023 – The Shock News