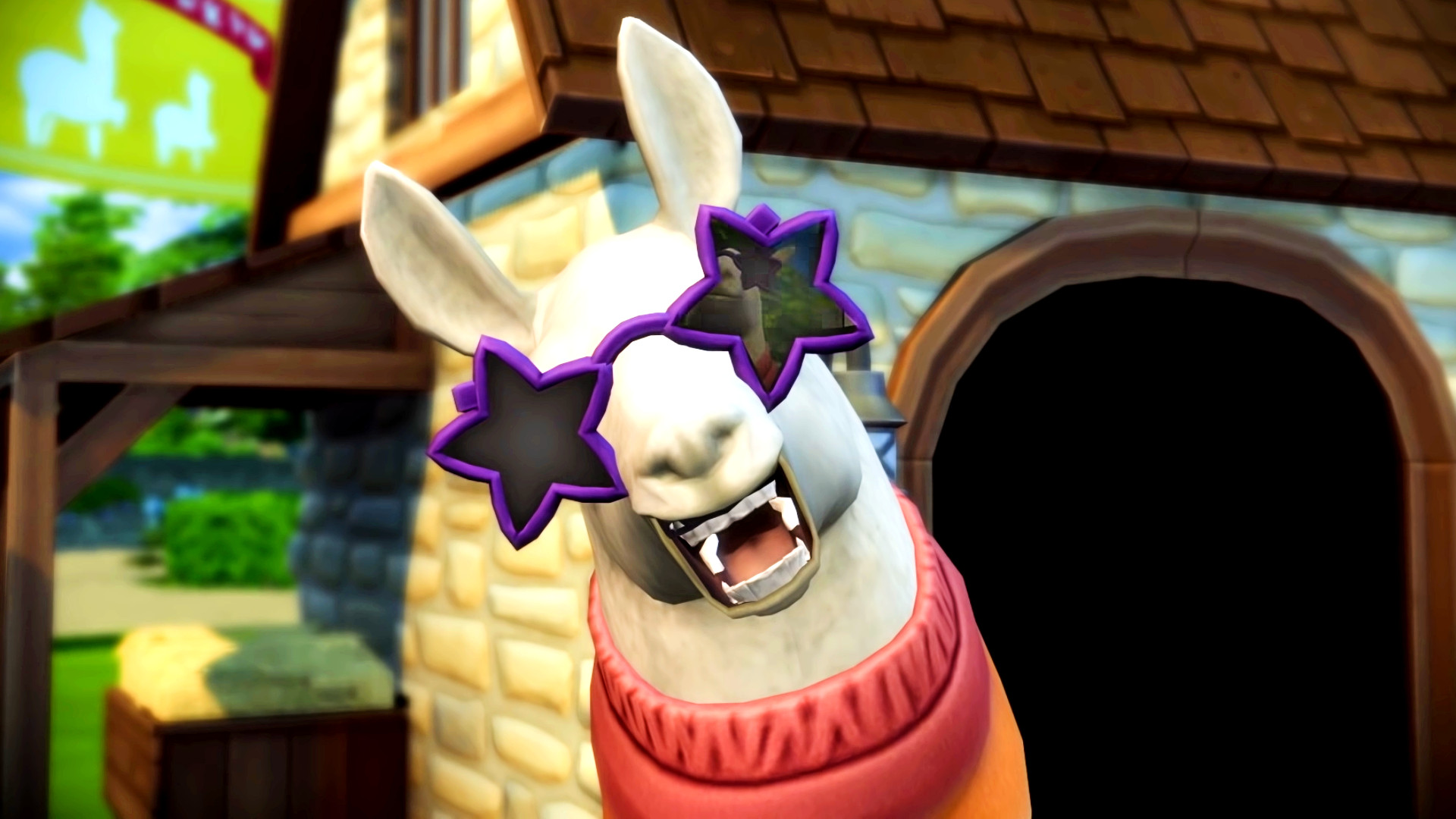 Usually when another The Sims 4 bug rears its head, it’s cause for delight and humour among players of the life sim game. In some cases, that humour can pave the way to something a little more on the frustrating side, especially if a glitch persists for a while – the recently fixed Sims 4 mean interactions being a notable such issue. Some glitches, however, are just quite sad, such as an ongoing Sims 4 animal aging bug with the Cottage Living expansion pack that is causing players’ virtual animals to die unexpectedly.

The Sims 4 Cottage Living launched in July 2021, and its focus on country life includes the introduction of numerous animals including cows, chickens, rabbits, foxes, llamas, and wild birds. Some of these can be raised as farm animals – chickens for their eggs, cows for their milk, llamas for their wool – while others are wild creatures that can be befriended by your Sims.

Naturally, some players are going to become rather attached to their animals, and as such Cottage Living introduces an ‘animal aging’ checkbox that can be unticked to halt the ceaseless march of time and prevent your animals from growing older. However, it didn’t take long for the first few reports to come in from players saying that the Grim Reaper has shown up to take players’ pets away to live on the farm upstate, as it were.

Of course, bugs happen, especially with new releases and updates. Notably, however, this one still appears to be cropping up as a fairly regular occurrence. In August 2022, an EA representative collating information and save files to look into the issue responded to the thread saying, “The team is looking into it. However, it will take some time.” However players say the bug is still present as of this week and the community manager in question appears to have retired, leaving fans wondering if the issue is still under consideration.

It’s a rather upsetting bug – animal death can of course be a fairly traumatic issue for some people. The Sims 4 is a life simulation at heart, so the option for animals to grow old and pass on is certainly a worthwhile inclusion, but the inability to reliably disable it has left some commenters in the thread saying it’s put them off playing altogether until the bug is fixed.

Now that you can play The Sims 4 for free, you’ll want to keep an eye out for any such problems ahead of time. In lieu of an official fix, there are plenty of additional ways to mod your game with the best Sims 4 mods, and there’s a wealth of custom content out there that is covered in our best Sims 4 CC guide. We’ve also got all the Sims 4 cheats, from unlimited money to instantly fulfilling your Sims’ every needs.

Denial of responsibility! TheShockNews is an automatic aggregator around the global media. All the content are available free on Internet. We have just arranged it in one platform for educational purpose only. In each content, the hyperlink to the primary source is specified. All trademarks belong to their rightful owners, all materials to their authors. If you are the owner of the content and do not want us to publish your materials on our website, please contact us by email: hl.footballs@gmail.com The content will be deleted within 24 hours.
RELATED  Alexander Skarsgård Talks His Toughest Day On Set at the Premiere of "The Northman"
'animal bug causing games sims still the tragedies unexpected
Share. Facebook Twitter Email
Previous ArticleZico Shows Hip & Cozy Fashion in New Brand Pictorial
Next Article Stream New Star Wars Show Online Free – Rolling Stone