343 Industries Will Continue Development on Halo Amidst Microsoft Layoffs 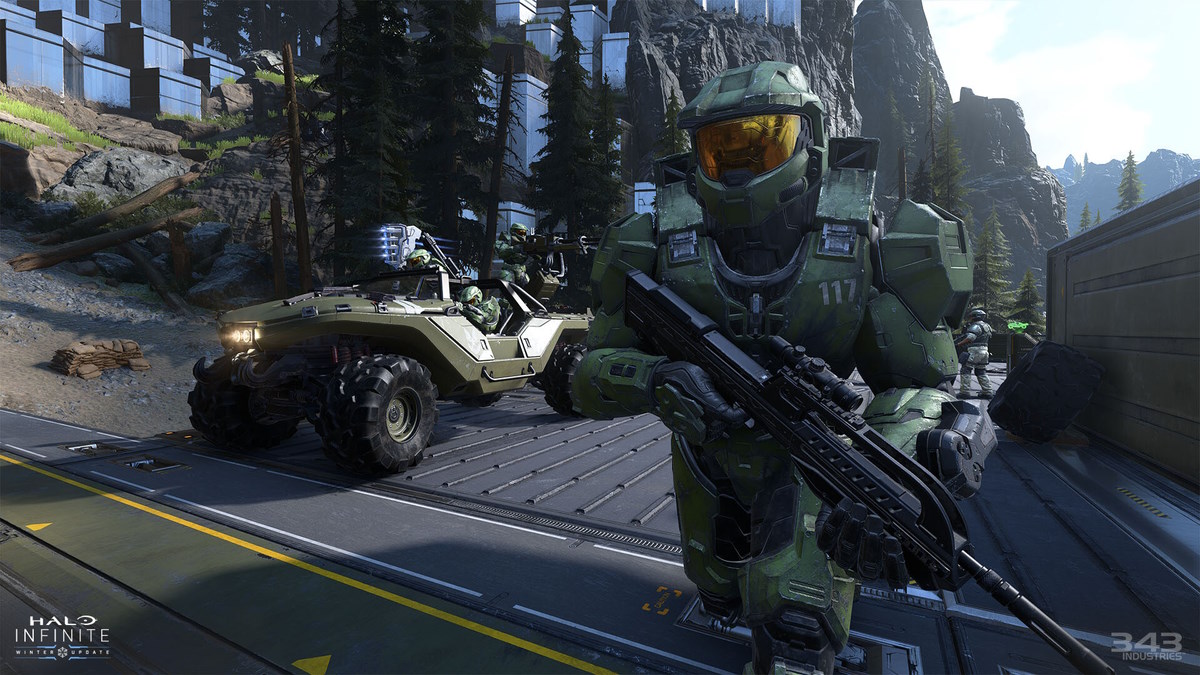 Microsoft laid off 10,000 employees last week, citing prevailing economic climate. The job cuts at the tech giant affected the games division as well. Specifically, the developers at The Coalition, Bethesda Game Studios, and 343 Industries — the last of which is responsible for the Halo series. The studio, which has seen a wave of high-level departures in recent times, has now taken to Twitter, to assure fans that it will continue development on Halo “now and in the future.” The development came after reports emerged stating that future work on the beloved franchise was being handed over to a third-party studio, with 343 Industries being moved to a supervisory role.

A report in Metro, which translated renowned leaker Bathrobe Spartan’s original tip, also added that initial plans for a Halo Infinite story-based DLC had been cancelled. The aforementioned layoffs further strengthened the speculation that 343 Industries is looking to downsize its work on Halo Infinite and beyond, though the official statement from Studio Head Pierre Hintze paints a different picture. “Halo and Master Chief are here to stay,” it reads. “343 Industries will continue to develop Halo now and in the future, including epic stories, multiplayer, and more of what makes Halo great.” The narrative aspect is important to note here since the report also suggested that the “core games” in the Halo franchise “will no longer have story campaigns.”

Development on Halo Infinite has been shaky, to say the least, owing to several delays and changes in leadership leading up to its launch in December 2021 and beyond. Even disregarding the layoffs, several senior exits, including those of Halo Infinite’s multiplayer creative director Tom French and developer Joseph Staten, have severely affected the company. The latter is now rejoining Xbox Game Studios Publishing. News about the layoffs hasn’t kept ex-staff silent either, with many criticising Microsoft for Halo Infinite’s messy development cycle.

One such vocal individual is Patrick Wren, who served eight years at 343 Industries. “The layoffs at 343 shouldn’t have happened and Halo Infinite should be in a better state. The reason for both of those things is incompetent leadership up top during Halo Infinite development causing massive stress on those working hard to make Halo the best it can be,” he tweeted after news regarding Microsoft’s layoffs broke.

While Halo Infinite got off to a strong start, on both campaign and multiplayer fronts, 343 Industries eventually began taking flak for not offering enough content. Up first was the much-awaited split-screen campaign co-op mode, which not only was reduced to network/ online-only but suffered delays, stretching long after beta testing periods. The mode was initially expected to drop in August 2022 but got delayed into November, and was included as part of the game’s Winter Update, which added a battle pass into the fold.

Denial of responsibility! Theinspi is an automatic aggregator around the global media. All the content are available free on Internet. We have just arranged it in one platform for educational purpose only. In each content, the hyperlink to the primary source is specified. All trademarks belong to their rightful owners, all materials to their authors. If you are the owner of the content and do not want us to publish your materials on our website, please contact us by email: [email protected] The content will be deleted within 24 hours.
343 industries halo halo 343 industries layoffs microsoft development infinite halo infinite halo development microsoft microsoft layoffs xbox
Share. Facebook Twitter Pinterest LinkedIn Reddit Email
Previous ArticleSkip and Loafer Anime Reveals 1st Promo Video
Next Article Tecno Spark Go (2023) With 5,000mAh Battery Goes Official in India