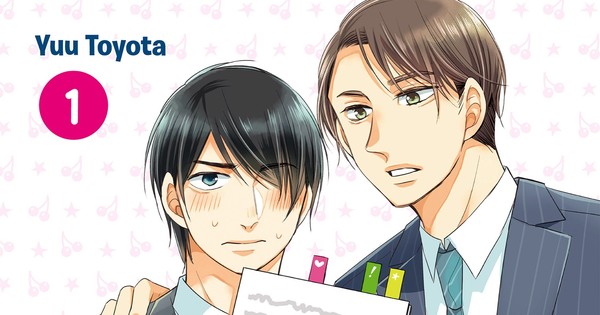 The past few years have been a dream for BL fans. Almost every season has had a BL anime in the lineup, adapting popular titles such as The Night Beyond the Tricornered Window and Yes, No, or Maybe? Some of these adaptations have even earned rather large followings, like Sasaki and Miyano, and Given. With all these successes, BL is no longer entirely out of the question for mainstream anime. As it becomes more and more popular with casual fans, there is a good chance we’ll start seeing more adaptations of BL manga in the coming seasons. However, there’s so much manga in the genre, and it can be overwhelming even for the most seasoned BL fan. Whether you’re new to the world of boys’ love or a hardcore fan looking for the next title you’ll lament over because of its lack of an anime, take a look at these five BL manga that deserve their own anime adaptation. Who knows, maybe your support will get these in an upcoming seasonal lineup.

Satoh Inoue‘s manga, 10 Dance, is a sensual ballroom romance between rigid and rehearsed Shinya Sugiki and loose and off-the-cuff Shinya Suzuki as they team up to learn each other’s dance styles in the hopes of becoming the champion of the 10 Dance Competition. This contest requires the dancer to be able to perform both traditional and Latin ballroom dances. Though they know they need each other’s help to win, old rivalries die hard, and things get far more difficult as they realize that maybe what’s between them isn’t the bitter rivalry they always thought. Currently, this manga is sitting at six volumes, with the seventh set to release in May of 2023, so it might still be a bit short for an anime adaptation, but hey, Given had seven volumes, too! Inoue beautifully draws this series, and while it has plenty of familiar BL tropes throughout, the development of the relationship between Sugiki and Suzuki feels natural and plenty steamy without being too much.

I Hear the Sunspot 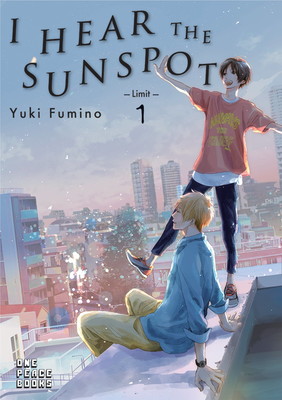 I Hear the Sunspot is a three-volume series by Yuki Fumino that follows the journey of two college-aged boys, Taichi Sagawa and Kohei Sugihara. Kohei is a hard-of-hearing university student who’s used to keeping to himself in a world that makes it difficult for him to fit in. When the talkative and energetic Taichi literally crashes into his life, he begins to come out of his shell. As they spend more time together, Taichi starts to see Kohei’s difficulties and embarks on a mission to get to know him better. However, something between them becomes a little more than friendly as they grow closer. This series received a film adaptation in 2017 that shed a little more light on it, but it would also be great to see it get an anime adaptation. Because of the series’s short length, it’s best to hold out for an animated film instead of an entire season. The series’ story is wonderful, and it handles its subject matter so well, both in Kohei’s experience as a hard-of-hearing person and Taichi’s attempts to understand Kohei. 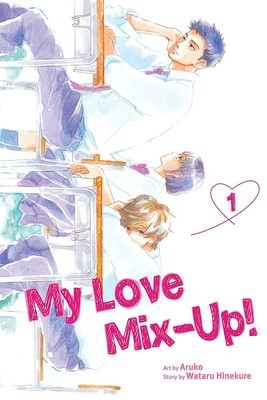 Navigating high school crushes is already hard, but Wataru Hinekure‘s My Love Mix-Up! takes it to the next level by telling the story of Aoki, a boy falling hard for his classmate Hashimoto. However, his hopes are dashed when he borrows her eraser and sees the name of another boy – Ida – written on it. Worse, Ida sees Aoki with the eraser and thinks Aoki has a crush on him! Now Aoki and Ida are trying to figure out what they mean to each other, if that’s anything at all, and navigate the confusing feeling of love. This series is a sweet romance between two boys that starts with a misunderstanding and wraps up with a happy ending, which is probably why it had a well-received live-action drama adaptation that received a whopping 8.1/10 on IMDb and an 8.4/10 from MyDramaList. If we’re lucky, we might see an anime adaptation of this eight-volume series in the near future that will be a hit with BL and shojo fans alike.

My Summer of You 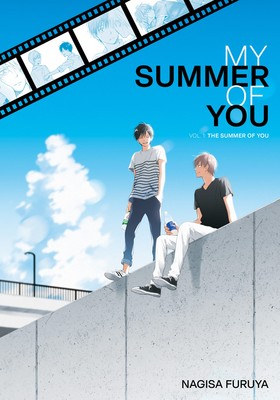 My Summer of You is an ode to bittersweet, fleeting summer romances. Chiharu Saeki and Wataru Toda share a love of movies, bonding over their favorite films and directors. In no time at all, they’re the best of friends. After a while, though, Chiharu confesses his romantic feelings for Wataru. It doesn’t seem to affect their friendship, even when Wataru turns him down; they still continue their journeys to see the filming locations of their favorite films. However, as the summer wears on and they continue to grow closer, Wataru realizes that he might share Chiharu’s feelings. It’s only two volumes, but it packs so much in that short span. With a sweet and perfectly paced story that adds a dollop of angst for good measure, this is a title made for the big screen, hopefully in the form of an anime movie. That’s what Chiharu and Wataru would want, after all.

Cherry Magic! Thirty Years of Virginity Can Make You a Wizard?! 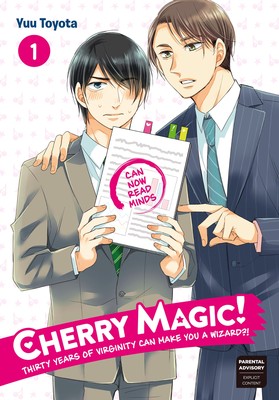 Ending this list on a comedic note is Cherry Magic, a series about Kiyoshi Adachi, a man who turns thirty without ever having had sex. This milestone grants him the ability to hear the thoughts of anyone he touches, including his cool, popular coworker, Yūichi Kurosawa. However, Yūichi‘s thoughts are anything but fleeting noise for Kiyoshi because all the guy can think about is how much he loves Kiyoshi! Now Kiyoshi has to pretend not to know about Yūichi‘s feelings and avoid showing his awkwardness about the situation, all while coming down with feelings of his own. This is another series that’s received a live-action adaptation – one that has a score of 4.9/5 on Crunchyroll and an 8.3/10 on IMDb – but something about the hilarity of the series feels like it would translate to an anime well. Can’t you see the over-the-top expressions when Kiyoshi finds out about his new ability already?

Denial of responsibility! Theinspi is an automatic aggregator around the global media. All the content are available free on Internet. We have just arranged it in one platform for educational purpose only. In each content, the hyperlink to the primary source is specified. All trademarks belong to their rightful owners, all materials to their authors. If you are the owner of the content and do not want us to publish your materials on our website, please contact us by email: [email protected] The content will be deleted within 24 hours.
Share. Facebook Twitter Pinterest LinkedIn Reddit Email
Previous ArticleWhatsApp May Soon Let You Post Voice Status Updates
Next Article Apple HomePod (2nd Gen) Launched in India: See Price Here