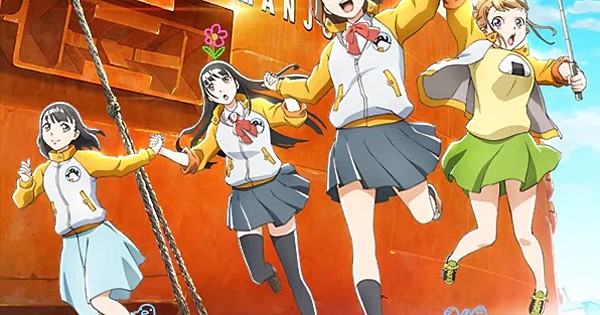 The official Twitter account for the A Place Further Than the Universe (Sora Yorimo Tōi Basho) television anime revealed on Tuesday that the anime is inspiring a stage play adaptation that will run at the Shibuya Cultural Center Owada from May 17 to 21.

Hideo Tsuchida is directing the stage play, and is also co-writing the script with Tomoharu Suzuki.

The 13-episode anime premiered in January 2018, and Crunchyroll streamed the series as it aired. Anime Limited is producing an English dub for the anime.

The anime’s story centers on high school girls going to the South Pole, “a place further than the universe.” They struggle and grow together as they cope with extreme conditions.

The project reunited the staff from No Game, No Life: Atsuko Ishizuka (Goodbye, Don Glees!) directed the series, and Jukki Hanada was in charge of series composition and writing the script. Takahiro Yoshimatsu (Hunter × Hunter 2011, Trigun) designed the characters and served as chief animation director. Kenji Nakamoto produced, and Madhouse animated the series. Yoshiaki Fujisawa composed the music.

Denial of responsibility! Theinspi is an automatic aggregator around the global media. All the content are available free on Internet. We have just arranged it in one platform for educational purpose only. In each content, the hyperlink to the primary source is specified. All trademarks belong to their rightful owners, all materials to their authors. If you are the owner of the content and do not want us to publish your materials on our website, please contact us by email: [email protected] The content will be deleted within 24 hours.
Share. Facebook Twitter Pinterest LinkedIn Reddit Email
Previous ArticleWill BLACKPINK Renew Contract With YG? Media Gives 3 Reasons It ‘Won’t Be Smooth’
Next Article BIGBANG Taeyang Confirmed As Global Ambassador For Givenchy