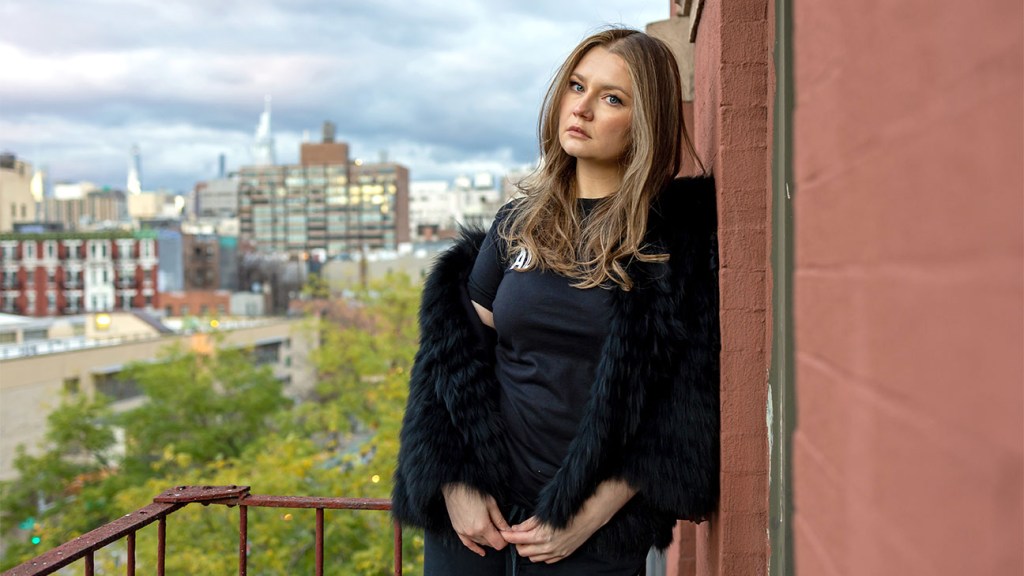 Anna Delvey is making the most of house arrest. The convicted con artist, whose exploits were immortalized in a New York Magazine exposé and subsequent Netflix miniseries Inventing Anna, is prepping a TV series of her own set in her Manhattan apartment.

The unscripted project finds Delvey (whose real name is Anna Sorokin) revisiting her socialite roots by taping a series of dinner parties at her home. (She was released from ICE custody this past October for overstaying her visa, having already completed her 2019 criminal sentence for attempted grand larceny.) Tentatively titled Delvey’s Dinner Club, the series intends to see her play host to a revolving group of actors, musicians, founders, socialites, journalists and, per the Wednesday press release, “other esteemed guests.” The project is being produced by Butternut, the lifestyle-focused venture from Brent Mongomery’s Wheelhouse and former Food Network president Courtney White.

“There’s nothing like the experience of bringing together a curated group of friends to share life stories and enjoy a great culinary experience,” Delvey said in a statement. “I’m grateful for the opportunity to work with Wheelhouse and Butternut to bring my vision to a wider audience and share a glimpse of the real Anna Delvey.”

The real Delvey, of course, has been the source of plenty of pop culture speculation. After posing as a wealthy heiress to gain access to the high-rollers of New York’s social scene from 2013 to 2017, Delvey was found guilty of theft by a New York state court and accused of attempting to cheat banks and hotels out of hundreds of thousands of dollars. Her exploits — bizarre accent and all — were dramatized in the Shonda Rhimes-penned Inventing Anna.

Delvey will not be cooking, instead employing a private chef for each catered meal. Food, of course, is not the main draw here. The show will also feature footage from Delvey’s days spent alone during her house arrest, and guests will be encouraged to broach the 32-year-old ex-con’s experiences while incarcerated and her ongoing image rehab. Terms of Delvey’s home confinement require an ankle monitor and prevent her from using social media, but filming a TV series is apparently fair game.

“It’s often said the best way to get to know someone is to share a meal with them,” said White, CEO of Butternut. “We’re all desperate to know who Anna really is. Delvey’s Dinner Club will reveal the actual woman behind everything we’ve read and watched about Anna. She is breaking her story in her own words and we believe she will defy viewers’ expectations.”

There is currently no platform attached to the project, with producers said to be courting all unscripted buyers — at least those who aren’t anxious about flirting with a little scandal. After all, whoever buys Delvey’s series will be bankrolling its controversial star. Hollywood’s stomach for that has thus far proven to be quite strong. Netflix shelled out a reported $320,000 to Delvey to secure her name in Inventing Anna. But the bulk of that payday went to restitution, taxes and legal fees, and East Village rentals do not pay for themselves.

Denial of responsibility! Theinspi is an automatic aggregator around the global media. All the content are available free on Internet. We have just arranged it in one platform for educational purpose only. In each content, the hyperlink to the primary source is specified. All trademarks belong to their rightful owners, all materials to their authors. If you are the owner of the content and do not want us to publish your materials on our website, please contact us by email: [email protected] The content will be deleted within 24 hours.
Share. Facebook Twitter Pinterest LinkedIn Reddit Email
Previous ArticleConfidence in London cops crumbles as sex crime cases against officers pile up
Next Article ‘Good Luck to You, Leo Grande’ Writer Katy Brand Lines Up Next Comedy ‘Libby and Joan Hit the Road’