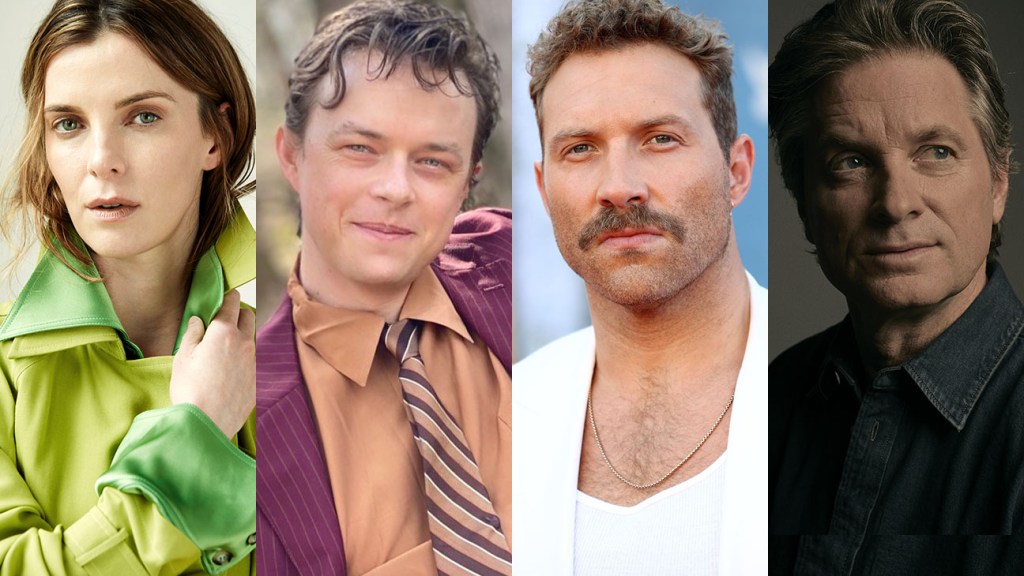 Netflix has filled out the cast of its Taylor Kitsch-led western American Primeval.

The six-episode American Primeval is described as “a raw, adventurous exploration of the birth of the American West. The violent collisions of cultures, religions and communities as men and women fight and die for control of this new world — for a land they truly believe is their destiny. The ensemble tells a story of the sacrifice all must pay when they choose to enter a lawless and untamed wilderness.”

Kitsch plays Isaac, a traumatized man struggling to overcome his demons and find a reason to live. Gilpin (GLOW, Gaslit) plays Sara Rowell, a woman who stops at Fort Bridger — run by Whigham’s (Perry Mason) Jim Bridger — in search of a guide across the frontier for her and her son, Devin (Mota).

DeHaan (The Staircase, Oppenheimer) will play Jacob Pratt, a Mormon man taking his family, including wife Abish (Leon) to join other settlers in Utah. Courtney (Kaleidoscope) plays Virgil Cutter, a trapper and bounty hunter, while Davis plays one of his trappers, the dangerous Tilly.

Smith is writing all six episodes of American Primeval, and Berg will direct. Berg, via his Film 44, and Newman, via Grand Electric, are executive producing with Smith. Berg and Newman are also behind Netflix’s upcoming opioid crisis drama Painkiller, which also stars Kitsch.

Denial of responsibility! Theinspi is an automatic aggregator around the global media. All the content are available free on Internet. We have just arranged it in one platform for educational purpose only. In each content, the hyperlink to the primary source is specified. All trademarks belong to their rightful owners, all materials to their authors. If you are the owner of the content and do not want us to publish your materials on our website, please contact us by email: [email protected] The content will be deleted within 24 hours.
Share. Facebook Twitter Pinterest LinkedIn Reddit Email
Previous Article2023 Oscar Best Picture Nominees Are History’s Top-Grossing Class
Next Article Keith McNally jokes about seating James Corden and Beyoncé together at Balthazar