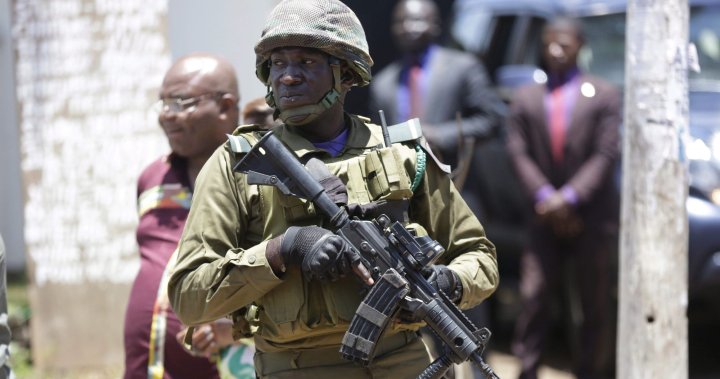 Cameroon’s government on Monday said it had not asked any country to mediate its conflict with Anglophone separatists, apparently denying a statement from Canada that it had been assigned to work on a peace process.

On Jan. 21, Canada’s foreign ministry said it had accepted a mandate to facilitate a peace process between Cameroonian authorities and some separatist factions in English-speaking regions to resolve a conflict that has killed over 6,000 people since 2017.

But the Cameroonian government “has not entrusted any foreign country or external entity with any role of mediator or facilitator to settle the crisis,” it said in a statement that did not directly mention Canada.

A spokesperson for the Anglophone separatists, who are trying to form a breakaway state called Ambazonia in the country’s minority English-speaking regions, said they had taken note of the government’s latest statement but would not comment further.

On Jan. 21, they said they were committed to a negotiated process mandated by Canada.

The office of Canada’s Foreign Affairs Minister Melanie Joly said it already held three meetings in Canada that included representatives from the government of Cameroon.

“We are in touch with the parties and our previous statement stands,” wrote spokesman Adrien Blanchard.

“Canada’s sole interest in this matter is a peaceful resolution and a safer future for all civilians affected by the conflict.”

The U.S. Embassy in Cameroon’s capital Yaounde said on Twitter on Monday that it welcomed Canada’s announcement of talks to resolve the crisis.

Cameroon’s separatist movement stems from the perceived marginalization of the English-speaking community by the French-speaking majority.

Since 2017, factions of secessionist militias have been battling government troops in the two English-speaking regions, which has killed thousands and displaced nearly 800,000 people. Meanwhile some 600,000 children do not have full access to education, according to the Canadian government.

A 2019 national dialog granted special status to the two Anglophone regions but failed to resolve the conflict.

—With files from the Canadian Press

1:49
Army continues desperate search for 79 children believed to be kidnapped in Cameroon

Denial of responsibility! Theinspi is an automatic aggregator around the global media. All the content are available free on Internet. We have just arranged it in one platform for educational purpose only. In each content, the hyperlink to the primary source is specified. All trademarks belong to their rightful owners, all materials to their authors. If you are the owner of the content and do not want us to publish your materials on our website, please contact us by email: [email protected] The content will be deleted within 24 hours.
africa Cameroon cameroon canada cameroon crisis cameroon peace cameroon peace process cameroon separatists Cameroon violence canada cameroon Melanie Joly World
Share. Facebook Twitter Pinterest LinkedIn Reddit Email
Previous ArticleAlec Baldwin lashes out over ‘sexually suggestive’ photo caption backlash
Next Article Amy Robach ‘blindsided’ by extent of T.J. Holmes’ alleged affairs: report