Christopher Meloni Calls Mariska Hargitay By His Nickname For Her In Cute 59th Birthday Tribute: Watch 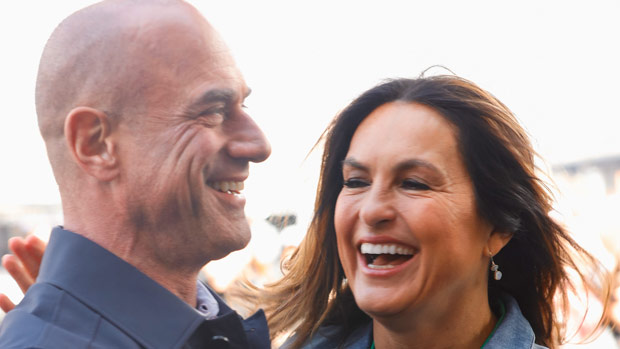 There’s nothing better than Christopher Meloni and Mariska Hargitay‘s friendship. When Mariska turned 59 on Monday, January 23, her Law & Order: SVU co-star and close friend posted the most hilarious birthday tribute dedicated to her. Christopher, 61, recorded a video where he got so close to the camera that only his nose, eyes, and forehead were visible. The actor, while whispering, sweetly referred to Mariska as “Marsha” when he mentioned that it was her birthday.

“Marsha, you there? Do you know what today is?” Christopher quietly said. He put one of his eyeballs right in front of the camera as he said, “I do.” Christopher then started to wish Mariska a happy birthday, but the video hilariously cut off before he could finish saying the phrase. In the caption of his post, Christopher reiterated his cute nickname for Mariska, writing, “Celebrate it Marsha.”

Mariska had revealed the nickname that Christopher coined for her when the pair appeared on Late Night with Seth Meyers in March 2022. “Chris calls me Marsha sometimes. One of the many names,” she said. She also said that nickname sparked one of their duo names, “Marshmelon.”

Christopher and Mariska have been pals for over 25 years, and their friendship remains one of the most beloved in Hollywood. “It’s effortless, and it’s weird, and I always look at it as some sort of gift,” Mariska said in a red carpet interview at the 2022 Emmy Awards, where she and Christopher presented the award for Outstanding Lead Actor in a Comedy Series. “So much of it has to do with our shared sense of humor, shared perspective, our now history,” Mariska also said about her bond with Christopher.

As for the pair’s SVU characters, fans have been clamoring for Mariska’s Olivia Benson and Christopher’s Elliot Stabler to fall in love. “It’s such a complicated relationship that I think we just want to respect the complexity and the nuance of it,” Mariska said of Olivia and Elliot to People in Feb. 2022. “These two people love each other, they have been family to each other but he just lost his wife and no matter how she feels about him, the most important thing for him is to grieve his wife, heal from that,” she also said.

Christopher and Mariska starred on the Dick Wolf NBC show since it premiered in 1999 up until Christopher left in 2011. He returned to the franchise in 2021 with his own spin-off series Law & Order: Organized Crime. Mariska reunited with Christopher when she made several guest appearances on his show.

Christopher Meloni’s Wife: Everything To Know About Sherman Williams & Their 27 Year Marriage

Denial of responsibility! Theinspi is an automatic aggregator around the global media. All the content are available free on Internet. We have just arranged it in one platform for educational purpose only. In each content, the hyperlink to the primary source is specified. All trademarks belong to their rightful owners, all materials to their authors. If you are the owner of the content and do not want us to publish your materials on our website, please contact us by email: [email protected] The content will be deleted within 24 hours.
Share. Facebook Twitter Pinterest LinkedIn Reddit Email
Previous ArticlePrincess Eugenie Is Pregnant: Prince Harry’s Cousin Announces She’s Expecting Baby No. 2
Next Article Acro Trip TV Anime Unveils Staff, Character Visuals, Manga Promo Video