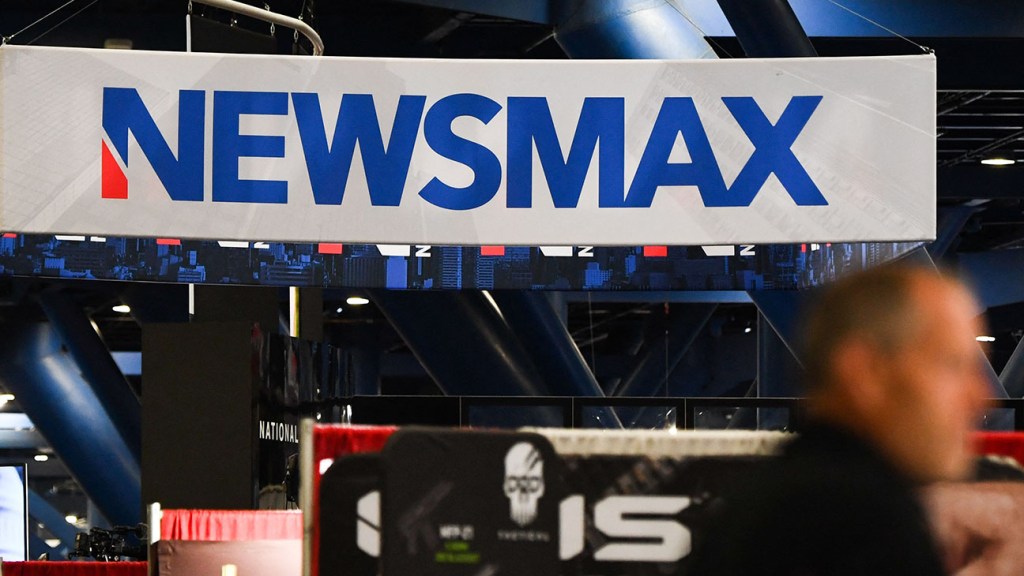 Conservative network Newsmax has been dropped from DirecTV as of 11:50 PM EST Tuesday.

DirecTV confirmed the decision, saying the network is no longer broadcast on DirecTV, DirecTV Stream or U-Verse, with the decision made due to Newsmax’s “demands for rate increases.”

“On multiple occasions, we made it clear to Newsmax that we wanted to continue to offer the network, but ultimately Newsmax’s demands for rate increases would have led to significantly higher costs that we would have to pass on to our broad customer base. Anyone, including our customers, can watch the network for free via NewsmaxTV.com, YouTube.com and on multiple streaming platforms like Amazon Fire TV, Roku, and Google Play. We continually evaluate the most relevant programming to provide our customers and expect to fill this available channel with new content,” a DirecTV spokesperson said in a statement.

The satellite TV company has been cutting costs as more customers shift away from linear television. In January, the company said it would lay off 10 percent of its management staff, or several hundred employees.

However, the heads of Newsmax are firing back at the move, saying it was “censorship” against the network.

“This is a blatant act of political discrimination and censorship against Newsmax,” Christopher Ruddy, CEO of Newsmax said in a statement.

“The most extreme liberal channels, even with tiny ratings, get fees from AT&T’s DirecTV, but Newsmax and OAN need to be de-platformed,” Ruddy added.

This comes after Republican lawmakers wrote a letter to the CEO of DirecTV, as well as the CEOs of AT&T and private equity firm TPG Capital, owners of the company, on Jan. 20 expressing concern about the removal of Newsmax in light of its decision to remove One America News, another conservative network, from its lineup last year.

“It is our understanding that DirecTV – still majority-owned by AT&T and minority-owned and managed by TPG Capital – is moving to de-platform Newsmax by denying it cable fees on a fair and equitable basis,” the letter from the Congress members reads.

The lawmakers alleged that DirecTV carries 11 “liberal” news channels, including Vice Media, a company with which it shares several board members and which the members of congress allege commands higher fees.

“Taken together these two actions lead us to believe that DirecTV, one of the nation’s largest Multichannel Video Programming Distributors, is actively working to limit conservative viewpoints on its system. This is extremely concerning for Members of Congress because it suppresses political discourse and hamstrings our ability to connect with our constituents,” the lawmakers said.

“Congress intends to conduct extensive oversight on the extent to which House Democrats and officials in federal offices colluded with private companies to limit, restrict, and circumvent First Amendment rights. These investigations will not be limited to social media companies,” the letter reads.

DirecTV responded to the letter on Jan. 23 saying that the company had been trying to continue carrying Newsmax at the same terms.

“Let me begin by assuring you in no way is DIRECTV working to limit conservative viewpoints. DIRECTV’s fundamental value proposition to its customers is to offer a wide variety of programming options at prices that match our customers’ pocketbooks. That applies to our offerings of news channels as well,” the letter reads.

“We are not trying to de-platform Newsmax. To the contrary, we want to continue our carriage of Newsmax on the same terms as at present, and we have made that clear to Newsmax. We have been negotiating with Newsmax for months and, faced with an expiration of our current agreement, initiated a short- term extension to allow the parties additional time to come to an agreement. We continue to have discussions with Newsmax and are working in good faith to get to an agreement that we consider to be in the best interests of DIRECTV subscribers,” it continues.

Newsmax positions itself as a competitor to Fox News and has hired several of its former hosts, including Heather Childers, Greg Kelly, Rob Schmitt and Bob Sellers. It was a strong proponent of former President Donald Trump and broadcast his false claims that the 2020 election was rigged. Newsmax later apologized to specific individuals it had claimed were involved.

The conservative TV channel had returned to DirecTV in June 2017, after having been dropped from the satellite network and its competitor, Dish, in 2016. At the time, Newsmax urged its viewers to call Dish and ask them to bring back the channel. The station had been  “placed among a suite of shopping channels,” making it difficult to find, the channel argued at the time.

“We are disappointed by DISH Network’s decision to stop carrying Newsmax TV. By doing so, DISH has closed down an important and independent news voice,” the channel said at the time.

Denial of responsibility! Theinspi is an automatic aggregator around the global media. All the content are available free on Internet. We have just arranged it in one platform for educational purpose only. In each content, the hyperlink to the primary source is specified. All trademarks belong to their rightful owners, all materials to their authors. If you are the owner of the content and do not want us to publish your materials on our website, please contact us by email: [email protected] The content will be deleted within 24 hours.
Share. Facebook Twitter Pinterest LinkedIn Reddit Email
Previous Article‘Without Suryakumar Yadav, All Three Formats Should Not Even Exist’: Ex India And CSK Star’s Big Claim | Cricket News
Next Article Cowboys QB Dak Prescott, girlfriend Natalie Buffett break up after 2 years