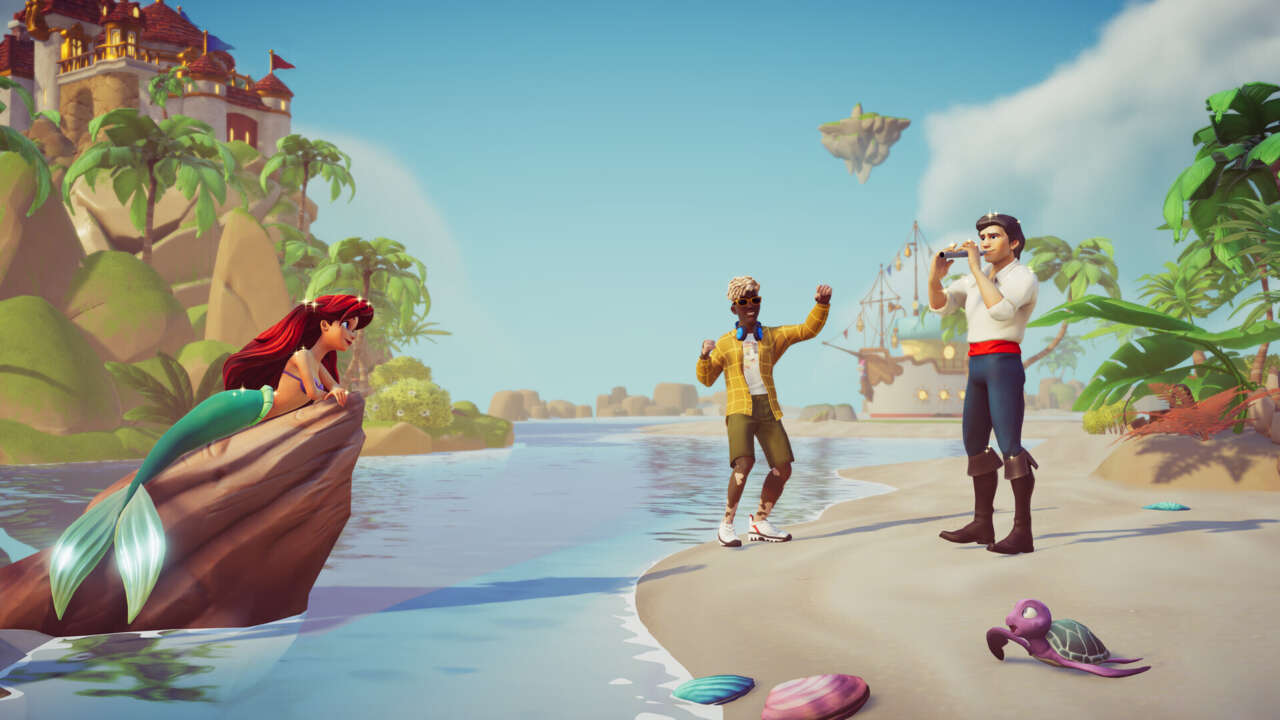 Disney Dreamlight Valley (DDV) has been Gameloft’s most successful launch ever, and the team feels like it’s just getting started. As a farming life sim that combines elements of Stardew Valley and Animal Crossing with an original Disney story involving virtually limitless IP, the formula seemed ready-made to be a hit. But the live-service world means changes and additions are expected often, and Gameloft has now laid out its 2023 roadmap.

It features new characters, new Realms, and a lot more, all of which is detailed below. Perhaps most excitingly, multiplayer is on the docket for this year. GameSpot recently caught up with lead producer Manea Castet and marketing lead Claire Llewellyn to discuss the game’s massive first few months and the many plans for the road ahead. We also tried once again to get them to speak to the possibility of Marvel and Star Wars characters arriving in the valley.

“The journey has been amazing so far, above any expectation we had, to be honest,” Castet told me. “This is the biggest launch we’ve ever had,” Llewellyn added in no uncertain terms. Gameloft has historically been known for mobile games, and it’s likely you’ve played some of its games before. Working on massive IP like Lego, Disney, and Sonic, Gameloft established itself as creators of console-quality mobile games, which Castet said made the transition to Disney Dreamlight Valley and its simultaneous launch on all console and PC platforms the next logical step.

In 2023, Gameloft’s roadmap includes the introduction of new characters and IP from Disney, including Simba from The Lion King, Mirabel from Encanto, and everyone’s favorite snowman, Olaf from Frozen. Those latter two will arrive on February 7, while Simba is expected in an April update. New characters will continue to introduce new storylines, be it the main campaign surrounding “The Forgetting” or side stories that revolve around the characters themselves. In addition to this, new Realms will take players out of the valley and into standalone levels where they’ll aid characters with their predicaments before recruiting them as new neighbors. The first two Star Paths of the year will celebrate Disney’s 100th anniversary, and later, Disney theme parks.

These are the major beats that are both exciting and expected, as players have already seen a few updates to the game that followed a similar track. However, 2023’s biggest new toy is slated for sometime later this year: multiplayer. Playing with others seems to be one of the most-requested features, which makes sense given how important the feature is in Animal Crossing, one of DDV’s biggest competitors for farm sim mindshare. Castet couldn’t divulge much about multiplayer just yet, as it seems to be at least a few months away, but teased what Gameloft hopes to achieve with the system.

“The idea is to be able to to show off your great collection or your great work, like if you spend a lot of time customizing your character, making sure people can see it,” he said, adding that Gameloft hopes to “give even more meaning to spending hours placing decorations around or designing the perfect dress.” While he could only tease for now, it sounds like the team wants to emphasize the social elements of bringing someone else to your village and taking them on a tour. It’s not yet clear if this will include things like trading items and working together on tasks, which could create quasi-shared worlds.

Gameloft has been quick to update the game with both content and bug fixes, so I asked about a few specific quality-of-life features that some players have been clamoring for. Namely, I mentioned sprinkler systems to more easily water gardens, expanding the number of total items that can be placed in a player’s world, and some streamlining of the recipe and inventory chest systems. Castet teased that fans hoping for these features would be pleased in the future. “If you [streamline] too much of the game, there is, at the end, less game,” he cautioned, but admitted features like these are much-wanted and, in at least some cases, already in the works.

As for the looming Marvel and Star Wars question, Castet smirked through a non-answer as best he could for the second time in as many conversations I’ve had with him. It certainly seems like this is in the far-off plans, but to be fair, Castet managed not to spill those beans if true. It may well be that these brands never show up in the valley, but I think at the very least that option is on the table, as Castet himself told me last summer. For now, he said, the team is specifically focused on bringing many more characters from Disney animations (including Pixar) to the game, and what might happen down the line remains to be seen.

The success of the game likely gives Gameloft more room to experiment, too. Castet revealed that the team has a lot of say in who shows up next to the valley, and such decisions are guided by three main principles: finding fresh characters who bring something new to the game either mechanically or visually, bringing in characters who serve the storyline, and introducing characters who are well known. “Disney is super involved and they offer suggestions, like how to interpret a character or how to make characters interact, so it’s really cool, really collaborative,” he told me.

Though the team is currently focusing on these tenets to decide which characters arrive next, Castet did say there’s a future where new characters come to the game alongside their releases in other media, like a new Disney movie hero showing up in Dreamlight Valley at the same time. This approach hearkens back to the licensed games of old–which were sometimes known to be difficult to develop–but here the formula seems much more manageable. Gameloft isn’t building out full new games to coincide with a new Disney movie or Disney Plus series. Instead, these characters will get their own introductions, missions, and cosmetic rewards–it’s closer to Fortnite than a movie tie-in game at that point.

Sometimes, even the fans exert their influence on updating the game’s sizeable roster. Castet and Llewellyn revealed that Stitch, the mischievous blue alien, was always planned to arrive in the game, but his debut was actually pushed up to appeal to the many fans who were begging to have him in the game. Otherwise, it’s been hard to tell who the most wanted characters have been. “The community is really diverse in their favorite characters. [We hear about] almost every Disney character, even some really niche ones.”

The producer added that the game’s free-to-play launch is still planned for this year, too, and in the meantime, its inclusion on Xbox Game Pass has been helpful. “It did give us a good boost in terms of visibility. We see a lot of people, like streamers on Twitch, jumping into the game because they find it in Game Pass.” I suspect the true free-to-play launch will feel like the floodgates opening, and Castet seems justifiably excited about the future. “The great thing about this kind of IP is there’s an infinite amount of content,” he said, “and we can imagine many more things, we just need time.”

Denial of responsibility! Theinspi is an automatic aggregator around the global media. All the content are available free on Internet. We have just arranged it in one platform for educational purpose only. In each content, the hyperlink to the primary source is specified. All trademarks belong to their rightful owners, all materials to their authors. If you are the owner of the content and do not want us to publish your materials on our website, please contact us by email: [email protected] The content will be deleted within 24 hours.
Share. Facebook Twitter Pinterest LinkedIn Reddit Email
Previous ArticleChelsea Handler ‘didn’t know’ she was on Ozempic: My doctor ‘hands it out’
Next Article Hogwarts Legacy Features More Than 100 Side Quests