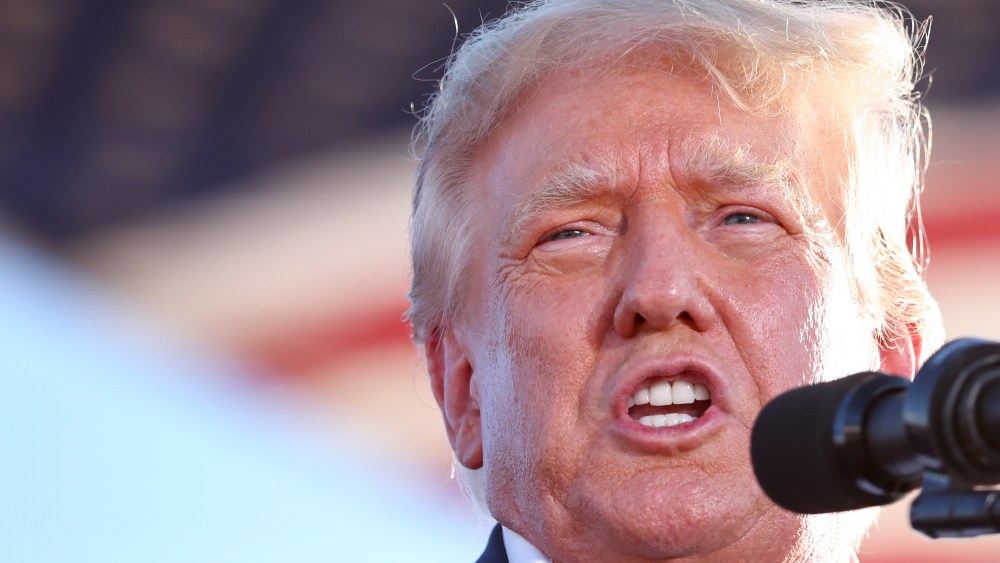 Meta said it will reinstate Donald Trump’s Facebook and Instagram accounts in the coming weeks — two years after he was suspended from the platforms for violating rules against inciting violence — with “new guardrails in place to deter repeat offenses.”

“The public should be able to hear what their politicians are saying — the good, the bad and the ugly — so that they can make informed choices at the ballot box,” Nick Clegg, Meta’s president of global affairs, said in a blog post announcing the decision. “But that does not mean there are no limits to what people can say on our platform.”

On Jan. 7, 2021, the social media giant indefinitely froze Trump’s Facebook and Instagram accounts with CEO Mark Zuckerberg citing the risk of ongoing violence if the then-president were allowed to remain on the services. Trump had praised rioters who engaged in violence at the U.S. Capitol on Jan. 6 in posts on Facebook, Instagram and Twitter. “We love you, you’re very special,” Trump said in a video clip he shared that day. “I know your pain, I know you’re hurt. We had an election that was stolen from us.”

In June 2021, Meta (whose corporate name was Facebook at the time) said it would suspend Trump until at least January 2023 and would reinstate his accounts “if conditions permit,” responding to a recommendation from the company’s externally staffed Oversight Board. Trump, who has repeatedly and falsely claimed he won the 2020 election, says he’s seeking the Republican nomination for the 2024 presidential election.

“Like any other Facebook or Instagram user, Mr. Trump is subject to our Community Standards,” Clegg wrote in the post Tuesday. “In light of his violations, he now also faces heightened penalties for repeat offenses — penalties which will apply to other public figures whose accounts are reinstated from suspensions related to civil unrest under our updated protocol. In the event that Mr. Trump posts further violating content, the content will be removed and he will be suspended for between one month and two years, depending on the severity of the violation.”

In the wake of the Jan. 6 attack, Trump had been kicked off numerous internet platforms. Last November, mega-billionaire Elon Musk reinstated Trump’s Twitter account shortly after Musk closed the acquisition of the social network. To date, the ex-president has not resumed posting from the Twitter account.

In early 2022, Trump’s media and tech company launched Truth Social, a Twitter-style copycat social app, where he currently has about 4.8 million followers. Trump has claimed he’ll remain on Truth Social and would not return to Twitter.

Trump, in post Wednesday on Truth Social about Meta’s decision, did not indicate whether he intended to resume posting on Facebook and Instagram once he is able to. “FACEBOOK, which has lost Billions of Dollars in value since ‘deplatforming’ your favorite President, me, has just announced that they are reinstating my account. Such a thing should never again happen to a sitting President, or anybody else who is not deserving of retribution!” the ex-president posted.

To assess whether Trump’s “risk to public safety that existed in January 2021 has sufficiently receded,” Meta “evaluated the current environment according to our Crisis Policy Protocol,” according to Clegg. That included “looking at the conduct of the U.S. 2022 midterm elections, and expert assessments on the current security environment.” Meta concluded that “the risk has sufficiently receded, and that we should therefore adhere to the two-year timeline we set out,” Clegg wrote.

If Trump posts content that does not violate Meta’s Community Standards but “contributes to the sort of risk that materialized on January 6th,” such as content that delegitimizes an upcoming election or is related to QAnon, the company may limit the distribution of such posts, and for repeated instances, may temporarily restrict access to its advertising tools, according to Clegg. “This step would mean that content would remain visible on Mr. Trump’s account but would not be distributed in people’s Feeds, even if they follow Mr. Trump,” he continued.

Meta may leave up Trump posts even if they violate its content guidelines in the event the company deems that “there is a public interest in knowing that Mr. Trump made the statement that outweighs any potential harm,” Clegg wrote. Meta also may decide to restrict the distribution of such posts but leave them visible on Trump’s accounts.

Jessica González, co-CEO of advocacy group Free Press, criticized the tech giant’s decision. “Meta is moving backwards, returning us to a time when Donald Trump used the company’s powerful tools to spread lies and dangerous rhetoric, and incite violence targeted at disenfranchised communities and his ideological enemies,” González said in a statement.

“This is the right call — not because the former president has any right to be on the platform but because the public has an interest in hearing directly from candidates for political office,” Jaffer said in a statement. “There are narrow circumstances in which social media platforms really have no choice but to take down political leaders’ posts — which is why we endorsed Meta’s decision to suspend Trump’s account when he used it to encourage violence. In most circumstances, though, it’s better if the major social media platforms err on the side of leaving speech up, even if the speech is offensive or false, so that it can be addressed by other users and other institutions.”

Denial of responsibility! Theinspi is an automatic aggregator around the global media. All the content are available free on Internet. We have just arranged it in one platform for educational purpose only. In each content, the hyperlink to the primary source is specified. All trademarks belong to their rightful owners, all materials to their authors. If you are the owner of the content and do not want us to publish your materials on our website, please contact us by email: [email protected] The content will be deleted within 24 hours.
Share. Facebook Twitter Pinterest LinkedIn Reddit Email
Previous ArticleThe Chanel Suit Goes Short at the House’s Haute Couture Show Attended by Sadie Sink, Apple Martin
Next Article Facebook Allows Donald Trump Back on Platform