Feud Still On? Michelle Williams Gets Oscar Congrats From SOME Dawson’s Creek Co-Stars – But Not That One! – Perez Hilton 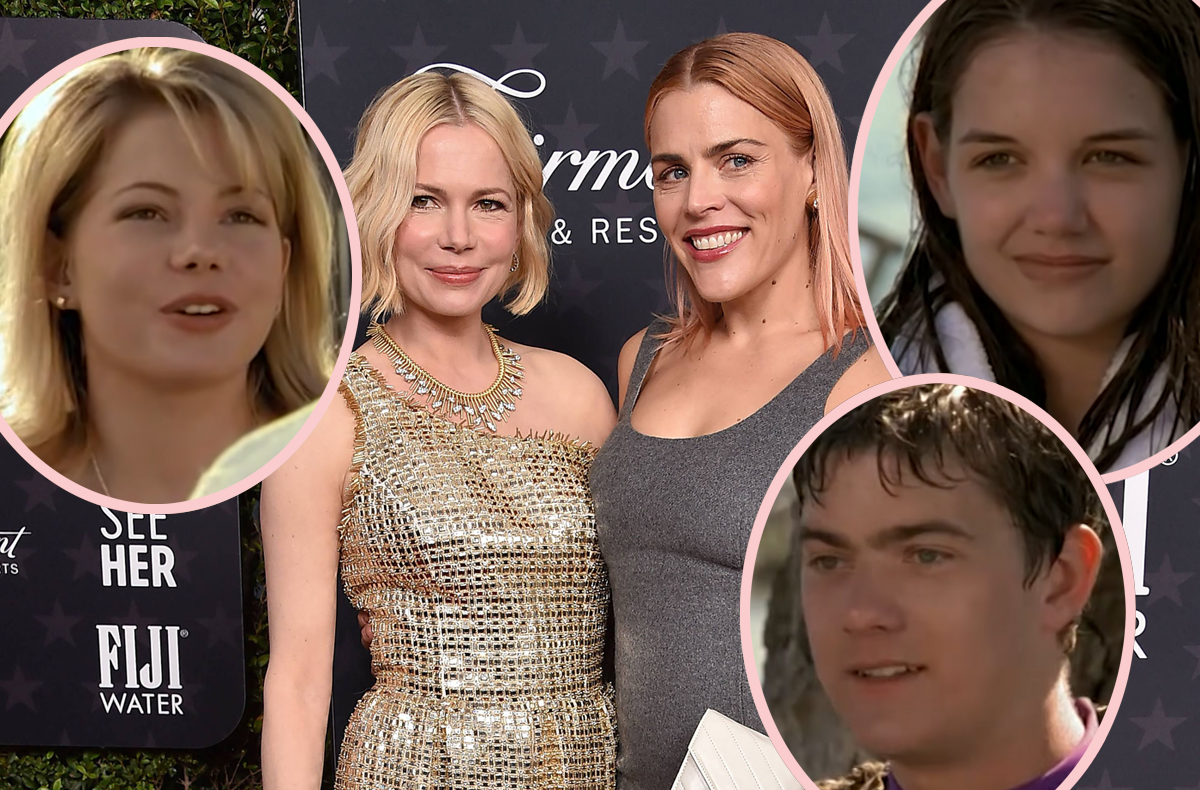 Michelle Williams got some sweet messages about her big accomplishment on Tuesday — just not from everyone.

In case you didn’t hear, Michelle scored her FIFTH Oscar nomination, this time for playing the matriarch in Steven Spielberg‘s semiautobiographical The Fabelmans. She’s come a long way from playing girl-next-door Jen on Dawson’s Creek! But her co-stars from the hit teen drama still remember!

Bestie Busy Philipps posted a throwback pic of the Brokeback Mountain star from her WB years, writing in part:

“BRB- I’m just gonna go back in time and tell this kid that she’s going to have 5 OSCAR NOMINATIONS in the next 20 years. And a BEAUTIFUL family. And be surrounded by love. (And GORGEOUS CLOTHES) But tbh- that’s probably along the lines of what I was saying to her then. I love you MW.”

“Proud of you forever for building the life and career you dreamed of, even though the absolute overwhelming grief of being human had you wondering if you could at times. But then you would dig deep and try again. It’s one of my favorite things about you. You have never NEVER stopped trying. A new way, a new recipe, a new parenting style, a new author, a new approach to work, a new love, a new role…but always the same loving brilliant gentle sensitive funny wild thoughtful beautiful beautiful BEAUTIFUL you.”

Awww! Pacey himself Joshua Jackson reposted the message, adding his own caption:

“5 Academy Award Nominations!!! Holy Moses. I don’t know but I imagine that this was taken in some dingy watering hole when we were all kids. What an amazing journey you have been on. Congratulations!”

Not too surprisingly, Michelle did not get any kudos from Joey…

She and Katie Holmes pretty famously never got along while filming the show, which went from 1998 to 2003. For years we’ve heard from behind-the-scenes sources that they hated each other even more than their onscreen rivalry would have suggested. They would snipe back and forth, per the rumors — when they had to talk about one another at all. Busy mentioned in her memoir This Will Only Hurt A Little that things were ice cold by Season Five when her character Audrey was added to the show, writing that “the main cast didn’t really hang out together that much and they obviously had some fairly intense dynamics going on.”

The bad blood apparently lasted for years afterward as well. A source told OK! Magazine in 2014 that the former colleagues “are both incredibly strong-willed and competitive, and there’s been so much trash talking on both sides over the years” that it was “difficult to imagine anything but ugliness when they do come face to face.” Ouch!

So yeah, not a huge surprise Katie didn’t rush out to congratulate Michelle on her big honor. Wild how these high school feuds sometimes last a lifetime, isn’t it? Even when the high school was just on TV…

Denial of responsibility! Theinspi is an automatic aggregator around the global media. All the content are available free on Internet. We have just arranged it in one platform for educational purpose only. In each content, the hyperlink to the primary source is specified. All trademarks belong to their rightful owners, all materials to their authors. If you are the owner of the content and do not want us to publish your materials on our website, please contact us by email: [email protected] The content will be deleted within 24 hours.
Share. Facebook Twitter Pinterest LinkedIn Reddit Email
Previous Article‘9-1-1: Lone Star’: Gina Torres on Tommy’s Faith-Filled Premiere Twist and ‘Staying Far, Far Away’ From T.K.’s Wedding
Next Article Savannah Chrisley says her life is ‘falling apart’ after parents begin sentences