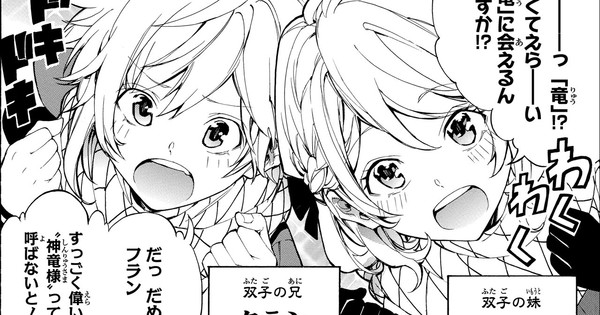 Nintendo announced on Friday that its Fire Emblem Engage strategy RPG will get a manga adaptation. Kazurō Kyō (Himedol!!) will draw the manga.

The manga will serialize both in Shueisha‘s Saikyō Jump magazine and on Shueisha‘s Shonen Jump+ website and app as a monthly serialization. Shueisha will publish a prologue for the manga in the March issue of Saikyō Jump on February 3. The prologue will take place before the protagonist Alear wakes from their long slumber.

The manga will then start its main serialization in the April issue of Saikyō Jump on March 3, and will debut on Shonen Jump+ on the same day.

Nintendo released the game for the Nintendo Switch on Friday.

In a war against the Fell Dragon, four kingdoms worked together with heroes from other worlds to seal away this great evil. One-thousand years later, this seal has weakened and the Fell Dragon is about to reawaken. As a Divine Dragon, use rich strategies and robust customization to meet your destiny—to collect Emblem Rings and bring peace back to the Continent of Elyos.

The game allows players to summon heroes from Fire Emblem games known as “Engaging” to join them in battle, including Marth and Celica. Engaging lets players “inherit weapons, skills, and more from these battle-tested legends.”

The game’s paid expansion pass will release in four parts, and the first part released on the game’s launch date. The other three expansion parts will launch this year.

Denial of responsibility! Theinspi is an automatic aggregator around the global media. All the content are available free on Internet. We have just arranged it in one platform for educational purpose only. In each content, the hyperlink to the primary source is specified. All trademarks belong to their rightful owners, all materials to their authors. If you are the owner of the content and do not want us to publish your materials on our website, please contact us by email: [email protected] The content will be deleted within 24 hours.
Share. Facebook Twitter Pinterest LinkedIn Reddit Email
Previous ArticleEntry to Machu Picchu suspended amid unrest in Peru
Next Article Naruto to Boruto: Shinobi Striker Game Adds Isshiki Ōtsutsuki as 33rd DLC Character