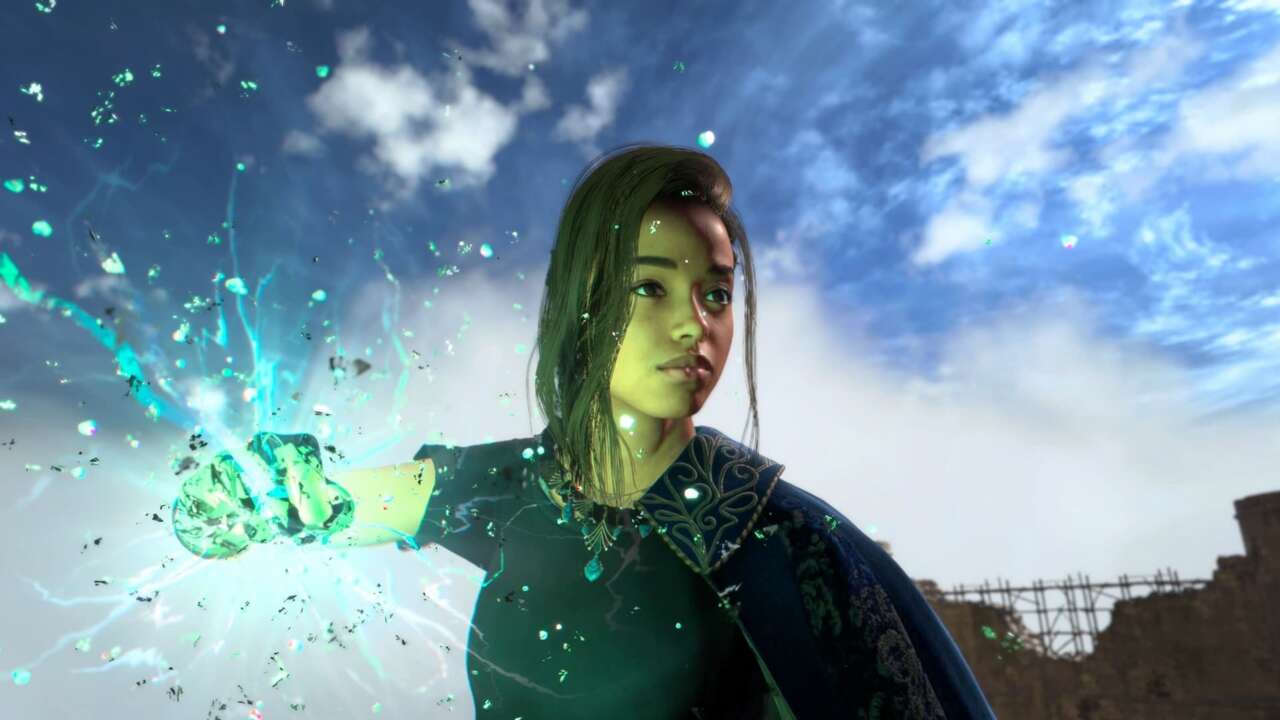 In Forspoken, Frey Holland starts out with a single skill tree, but that number soon grows as the main storyline progresses. By the end of the game, Frey will have access to over 100 magic spells. Some are given to you after major story beats, but most need to be either bought using Mana or found through exploration, out in the world of Athia. We’re here to provide some advice on which skills you should unlock first in Forspoken.

Each skill tree in Forspoken is given a name but, in an attempt to avoid spoilers, we’ll be referring to them by their designated color. There’s Frey’s Purple Magic tree, the Red Magic tree, the Blue Magic tree, and the Green Magic tree. These are our recommendations for the best skills to pick first for each of the skill trees once you unlock them. Don’t go any further than the first skill tree if you want the others to be a surprise.

Frey’s Purple Magic skill tree is balanced between close-range, long-range, AoE, and defensive options. It’s the first tree, so you’ll be able to get a feel for the different styles of magic that’ll be improved upon later on. These are the spells that you should pay attention to when expanding beyond the base set:

The Red Magic skill tree contains useful traversal skills alongside some decent, close-range Attack Magic. You likely won’t be using this tree for offensive purposes very often outside of exploiting enemy weaknesses, but its best skills give Frey much better movement options outside of combat. Here are the skills that you should grab first:

The blue skill tree brings a bit more finesse to the gameplay, adding passive buffs and a useful status effect. The Attack Magic isn’t a priority here even though there are still solid options available. These are the blue skills you should unlock first:

The Green Magic skill tree has a great mix of Attack Magic and Support Magic, and it’s arguably the best skill tree overall. Green Magic is powerful at mid-to-long range, using lock-on projectiles to attack and mind-bending support moves to get Frey out of tough situations. These are the skills that you should consider unlocking first:

Forspoken throws more Mana at you than you’ll know what to do with, so you’ll eventually be able to purchase all of the skills in each skill tree. Each tree will get fully unlocked even faster if you visit points of interest on the map to complete combat challenges, Locked Labyrinth dungeons, and Detour side quests. To read more about the game, check out our Forspoken review.

Denial of responsibility! Theinspi is an automatic aggregator around the global media. All the content are available free on Internet. We have just arranged it in one platform for educational purpose only. In each content, the hyperlink to the primary source is specified. All trademarks belong to their rightful owners, all materials to their authors. If you are the owner of the content and do not want us to publish your materials on our website, please contact us by email: [email protected] The content will be deleted within 24 hours.
Share. Facebook Twitter Pinterest LinkedIn Reddit Email
Previous ArticleTornado Cash Users to Get Benefits for Proving Their Funds Are Not Stolen
Next Article Destiny 2: Lightfall Is Nerfing Resilience