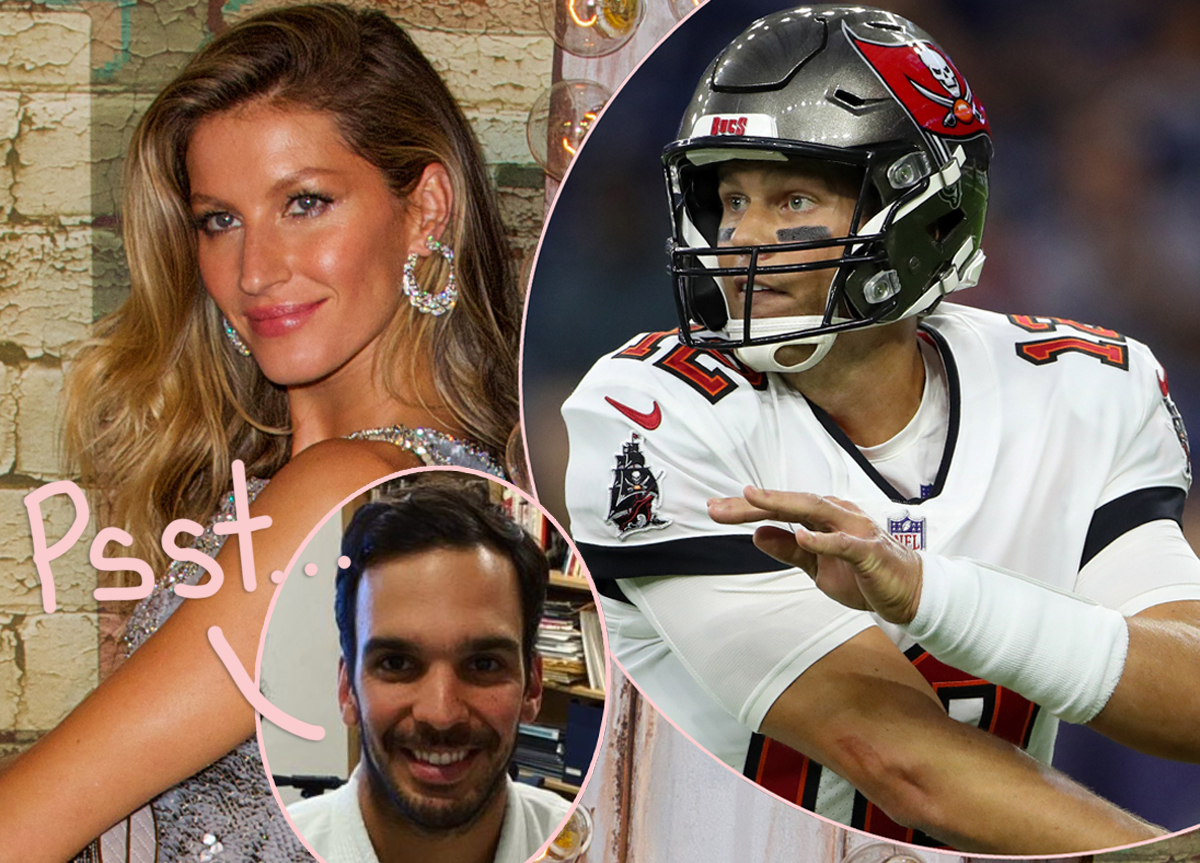 Gisele Bündchen is enjoying the great outdoors, and she’s got a great view this week!

Yes, maybe it’s because she’s been sitting on top a majestic steed while out in the Costa Rican jungle. She was just spotted in paparazzi pics this week riding horseback on a scenic route through the Central American nation, after all. Not bad!

But it’s more likely she’s having a great time because the horseback trip was taken with THAT hunky jiu-jitsu pro Joaquim Valente!!

Related: Gisele And Joaquim Aren’t Afraid To Get Hot And Sweaty Together?!

As we’ve been reporting, the Brazilian-born supermodel an the 34-year-old hand-to-hand combat expert aren’t exactly strangers. In fact, they’ve been spending a lot of time together down in Costa Rica recently!

And on Tuesday, that trend continued. Eagle-eyed paparazzi photogs with super-long lenses snapped pics of the 42-year-old model and Valente riding horses together along a jungle path. The duo was all smiles while casually taking in the scenery and enjoying what looked like great weather!

The cover-shot veteran rocked a skin-tight green top with simple jeans and boots for the outing. Joaquim was equally dressed down in a gray t-shirt and backwards hat. You can see the snaps for yourself, via DailyMail.com, at the link HERE.

Obviously, this is a big deal! Gisele and Joaquim keep popping up in each other’s company. Despite Gisele’s denials about something more going on, the two just keep keeping close quarters! Take late last year, when we spotted them enjoying a nice dinner date together.

“Gisele adores and trusts [Joaquim] and has been spending a lot of time with him, but I don’t think it’s a traditional dating scenario. They have a deep personal relationship, and he is a teacher to her and the kids. Whether or not it will ever become more than that rests on the table.”

Over the past couple months, other insiders have gone back and forth on whether Joaquim is simply her kids’ jiu-jitsu instructor or something more to the Brazilian bombshell. So basically, we were super sus about that “adores and trusts” comment a few days ago, and seeing this horseback trip, we’re even more sus about it now! Just saying!

Tom, meanwhile, is still in limbo.

We’ve been tracking his most recent podcast comments from earlier this week, where he spoke very candidly about his three kids Jack, 15, Benjamin, 13, and Vivian, 10. But the interesting story is his football future! After all, football is supposedly at the heart of why his marriage with Gisele crumbled last year.

Following the Tampa Bay Buccaneers‘ playoff loss last week to the Dallas Cowboys, Brady spoke to sports journalists assembled in the locker room. While thanking the reporters for their work during the post-game media scrum, TB12 (sort of) addressed his future:

“I’m going to go home and get a good night’s sleep, or as good as I can tonight… This has been a lot of focus on this game, so it’ll just be one day at a time, truly.”

Soooo yeah. He already had a lot to think about after football fizzled this season. And now, by the looks of Gisele horseback hijinks, Tom’s got even more to rack his brain over…

Denial of responsibility! Theinspi is an automatic aggregator around the global media. All the content are available free on Internet. We have just arranged it in one platform for educational purpose only. In each content, the hyperlink to the primary source is specified. All trademarks belong to their rightful owners, all materials to their authors. If you are the owner of the content and do not want us to publish your materials on our website, please contact us by email: [email protected] The content will be deleted within 24 hours.
Share. Facebook Twitter Pinterest LinkedIn Reddit Email
Previous ArticleAnne Heche’s BFF Remembers Tear-Jerking Last Conversation With Star – Perez Hilton
Next Article Live-Action Touken Ranbu Film Sequel’s Trailer Reveals More Cast, Theme Song