How Yakuza and Real-World History Collide in Like a Dragon: Ishin! 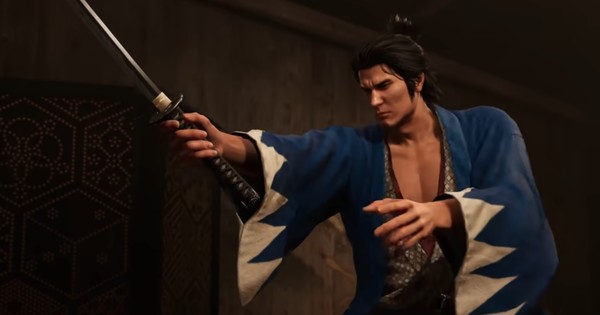 A few weeks back at Sega‘s HQ here in Tokyo, I got to sit down with both the director of the 2014 Japan-only Like a Dragon: Ishin!, Hiroyuki Sakamoto, and the director of the upcoming remake, Yasuaki Uehara. Together, we talked a bit about what it was like to combine Like a Dragon‘s Yakuza-centric stories with the historical events surrounding the last days of the samurai.

Unlike the mainline games in the series, Ishin! is historical fiction and follows several of the most famous people from the Bakumatsu, the time surrounding and including Japan’s final civil war. With this in mind, there is one obvious question, “how true do you stay to the events of real-world history and how far are you willing to change things?” 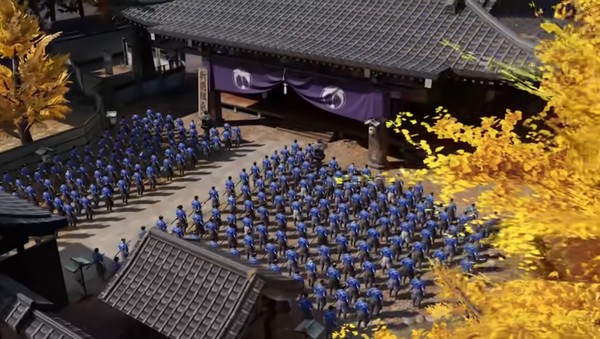 For Sakamoto and Uehara, they laughed about whether or not they could consider what they had created to be an “accurate” historical representation. After all, it’s all about where exactly you draw the line. What they set out to do was mix history and fiction to make an entertaining story. Therefore, Ishin! follows real history. The key events do happen at the correct times but it’s in between the big historical moments that many liberties were taken. “Yes, it’s ‘historically accurate’ but we wanted to fill in the gaps with our own story,” Sakamoto told me. “For example, the famous death of Sakamoto Ryōma. We wanted to include this—we didn’t want to omit such an important event—but we thought it would be okay to change the ‘how’ as opposed to the ‘what’ of what actually happened.”

Early on, the creators knew who they wanted to be their main character—that very same Sakamoto Ryōma. This is because, despite him being a household name over 150 years since his death, there’s a ton of mystery to his story. No one really knows what he was like as a person—nor the true story of his life. The convenient result of this is that you’re free to choose his personality when including him in works of fiction and no one will really object. With this carte blanche, the creators felt free to give Ryōma the upfront, “manly man” persona of Like a Dragon series protagonist Kiryu Kazuma. However, it was another historical figure, Saitō Hajime, that really made the game’s story take shape. 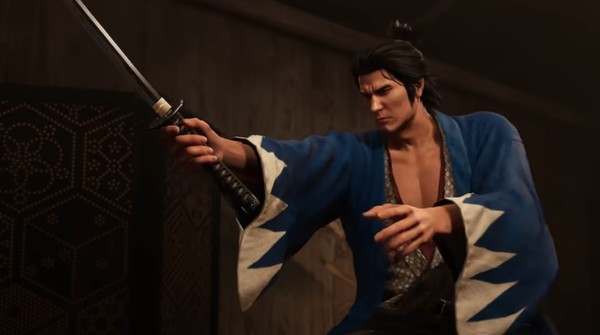 Early on, the game’s writer, Masayoshi Yokoyama, was facing a problem. When coming up with the overall shape of the plot and the setting, there were a ton of historical aspects to balance—so much that if he simply tried to include it all, it would turn into just another bland historical retelling. He needed something spicy that would change everything. As it turns out, much like Sakamoto Ryōma, Saitō Hajime is a mysterious figure with not much known about his past or personality. “So, [Yokoyama] thought, since we have these two mysterious figures on opposite sides [of the war], wouldn’t it be really interesting if this was a kind of double agent setup—if they were the same person working towards some secret goal?” Sakamoto relayed to me. “When we heard this idea, we were really excited—we knew this is where we wanted to go.”

So, with the role of Sakamoto Ryōma/Saitō Hajime assigned to Kiryu, what came next was filling out the rest of the cast. In general, there were two ways characters were chosen for their roles. For the first, the creators looked at which Like a Dragon characters were the most similar in personality and/or position to the given historical figures. This resulted in choices like Yoshitaka Mine being cast as Hijikata Toshizō. However, what was most important to Sakamoto and his team was to make sure the fans of the series were happy—which brings us to the second way that roles were allocated. 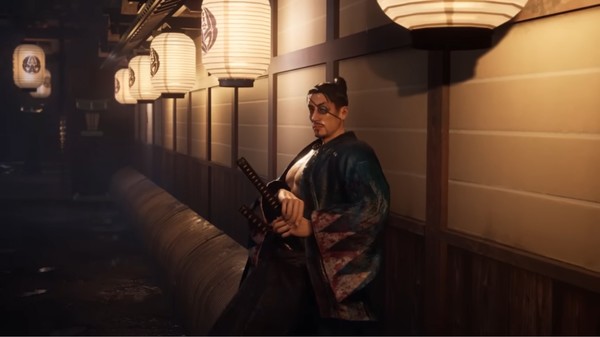 Just after the first Like a Dragon game was released in Japan, Sega did a fan survey of favorite characters. This survey had a lot of influence on the casting choices for Ishin!. Popular characters would get important roles in the story to respect the fan’s opinions—like, for example, the most popular character from the poll, Goro Majima. However, the role the team chose for him is one that no one would normally predict: Okita Sōji. Sakamoto explained, “Okita Sōji is the strongest member of the Shinsengumi. He’s this kind of legendary figure—and he’s also known as the hottest guy in the Shinsengumi. We thought putting Goro in that role would be a lot of fun—in an ‘opposites collide’ kind of way.”

Of course, numerous new characters have been introduced into the Like a Dragon series since Ishin! was first released back in 2014. And while the main story remains the same, Sakamoto was quick to mention that you might just see a few faces from the more recent titles in the remake when it releases early next year.

Like a Dragon: Ishin! will be released on February 21, 2023, for PlayStation 4, PlayStation 5, Xbox One, Xbox Series X/S, and Microsoft Windows.

Denial of responsibility! Theinspi is an automatic aggregator around the global media. All the content are available free on Internet. We have just arranged it in one platform for educational purpose only. In each content, the hyperlink to the primary source is specified. All trademarks belong to their rightful owners, all materials to their authors. If you are the owner of the content and do not want us to publish your materials on our website, please contact us by email: [email protected] The content will be deleted within 24 hours.
Share. Facebook Twitter Pinterest LinkedIn Reddit Email
Previous ArticleYou Can Now Apply to Test the Nothing Phone 1 in the US, at This Price
Next Article Google’s Upcoming Smart Speaker Could Run on Fuchsia OS