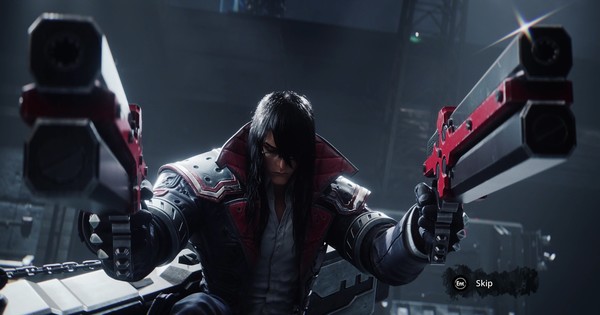 With Beyond The Grave’s return to the world of video games, we’ve no doubt had some burning questions for the team responsible for Gungrave G.O.R.E. We were lucky enough to sit down with Kay Kim, general director of the project, for a quick one-on-one with Grave’s resurrectors.

What kicked off the work on Gungrave G.O.R.E?

We have all been longtime fans of the Gungrave franchise and we wanted to make cool games that are not too complicated to pick up and enjoy. We also wanted to revive the unique character Grave.

Were any members of the team fans of the original Gungrave and Gungrave: Overdose?

How did it feel to work with Yasuhiro Nightow in making a new Gungrave game?

It felt like meeting a rockstar. We were also fans of the game, and when meeting the “maker,” we were very excited and it was a fun experience. I’d say the term “Successful Otaku” fits.

Was the Gungrave anime a point of reference for the team?

There are some differences between the game and anime in the Gungrave franchise. We have focused on the game series as reference.

What, in the opinion of the team, is the “heart” of Gungrave the series? What sets it apart from other character action games?

I’d say over-the-top action based on unlimited bullets is the “heart” of Gungrave franchise. You don’t have to think about reloads and wander around for items. The only way to survive is to destroy everything. I think that is one of the biggest differences among the other action games you see today.

What, in your opinion, makes Beyond The Grave such a compelling character?

I feel it’s the romance. He’s quiet—so quiet that you cannot predict what he’s thinking. He’s taking all the risks to save one little girl instead of saving the universe. Recent hero characters care more about world peace. Grave, though, cares about this one girl more than anything else. Isn’t that unique? Also, getting betrayed by your best friend is something we feel is relatable as it can happen in our normal everyday society as well.

What lies in the future for Beyond The Grave? Do you think he’d ever be able to settle back into his old life as Brandon Heat?

Of course we wish Gungrave G.O.R.E gets a positive reception and we are able to make a sequel. Because as you enjoy Gungrave G.O.R.E, you’ll notice Beyond the Grave say lines with a lot of intentional meaning. It’s subtle, but there are plenty of hints and layered meanings there for those curious about the future.

Are there any ideas to potentially expand the world of Gungrave and focus on some of the other characters, like Bunji?

If Gungrave G.O.R.E is well received then yes, there are some ideas already being discussed. I cannot say exactly what since it might be a spoiler, but you’ll see where developers want to take the story when you experience the ending of Gungrave G.O.R.E.

Do you have any messages for newcomers to the Gungrave series? Similarly, do you have anything to say for the fans that have waited years for the chance to see Grave “Kick Their Ass!” again?

First of all, we want to say thank you to all the fans who have been waiting patiently and not forgetting about us. As we all move through this world, we have to deal with a lot of stress from various problems. We wish for everyone to be able to destroy these stresses by enjoying our game with its enjoyable over -the-top action. We want you to “blow away” your stress in Gungrave G.O.R.E!

You can read Jean-Karlo’s review of Gungrave G.O.R.E here

Denial of responsibility! Theinspi is an automatic aggregator around the global media. All the content are available free on Internet. We have just arranged it in one platform for educational purpose only. In each content, the hyperlink to the primary source is specified. All trademarks belong to their rightful owners, all materials to their authors. If you are the owner of the content and do not want us to publish your materials on our website, please contact us by email: [email protected] The content will be deleted within 24 hours.
Share. Facebook Twitter Pinterest LinkedIn Reddit Email
Previous ArticleYour Anime Rankings – Best of Fall 2022, Nov 26-Dec 2
Next Article Interview: Mob Psycho 100 Lead Voice Actor Setsuo Ito