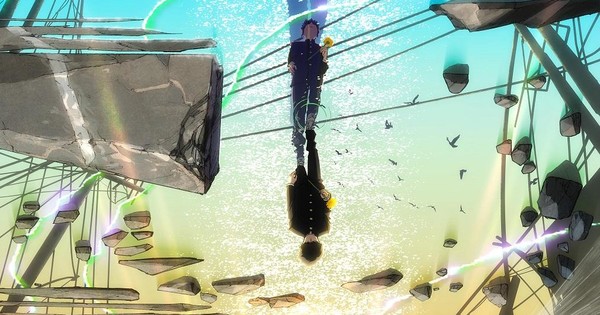 Voice actor Setsuo Ito has done a stunning job bringing the character of Mob to life in the Mob Psycho 100 anime. We asked him about his journey as a voice actor, what he’s looking forward to in season 3, and his thoughts on a certain internet sex symbol.

ANN: Mob was one of your first major roles, and even over five years later, you’re still voicing this character. How much have you grown or changed as a voice actor since you started the role?

SETSUO ITO: When I started out, I was so uncertain of myself. Out of all the people for the role, was I really the most suitable? More than anything, I think what I gained over time was confidence.

What was it like co-starring with Takahiro Sakurai at the time? Do you have any anecdotes to share?

ITO: I was super intimidated at first. I’d grown up listening to Sakurai’s voice in anime, and he was one of the people I tried to emulate when I was first learning how to voice act. Not to say “teacher” like Reigen is to Mob, but I really looked up to him. He is such a great person to work with. He is so friendly and would give me tips. Over time, I’ve come to see him as a kind of big brother figure.

This is the first Mob Psycho season since the pandemic started. Has the afureko studio’s atmosphere changed since the previous season?

ITO: Before, we would all record together, but while there are some recordings that we have to do things separately, it is fortunate that they had me record with other cast together. Returning to this series feels like a homecoming.

Throughout the story of Mob Psycho 100, Mob gradually becomes a more confident person. How does it feel to return to his character in the middle of the story? How difficult is it to ensure that Mob’s growth is expressed consistently through your voice performance?

ITO: It’s true that Mob gets more confident over time, but I don’t think he’s much different at his core. Instead, I think it’s the way others see Mob that go through the most change. So, rather than myself, other voice actors feel and reflect such changes in their characters. When I’m voicing Mob I always try to keep his current relationship with the character he’s talking to in mind.

Was it difficult to record alone?

ITO: I was not completely alone at the recording, but when I am given opportunities to ad lib, those are always tricky. Mob is not the type who speak up to others. You would have to imagine, like, “If I say what, how would others react?” That is a kind of challenging. There are some times when if you have others on the spot, you could better have the ad-lib rolling.

Looking back on the first two seasons, what’s your favorite scene?

ITO: There are so many scenes that it’s so hard to name them all! But I really like the final episode in season 1, and how Mob addresses the conflict in himself about whether to use his powers.

What are you most looking forward to about season 3?

ITO: It’s hard to talk about specific scenes without going into spoilers, but something I always look forward to is seeing how the audience reacts to episodes as they’re coming out. My work takes place before the broadcast, so I can’t see the live reaction as I’m performing, but there are many times where I think, “This will blow everyone’s mind!”

Recently, ANN had an interview with Bones president Masahiko Minami at Crunchyroll Expo. We asked him if he knew about Reigen’s massive popularity overseas. Apparently, in the English-speaking world, he’s referred to as an “internet sex symbol.” Are you aware of this yourself?

ITO: I did not know at all. I only found out about it just before this interview. I’ve seen from events and social media that Mob Psycho 100 is very popular overseas, but this makes me realize, “Wow! Reigen is really that popular!”

Do you think Mob has the potential to become an “internet sex symbol” in season 3?

ITO: (laughs) I don’t know about that. He’s still a middle schooler; maybe when he grows up he’ll have more of that adult appeal. Oh, but in season 3 there are parts in the animation that really show off a cool and mature side of him, so maybe…?

Do you have a message for overseas viewers?

ITO: Thank you so much for your passion for this series! I am putting my all into this role, and I hope that you can continue to enjoy this very special show.

Denial of responsibility! Theinspi is an automatic aggregator around the global media. All the content are available free on Internet. We have just arranged it in one platform for educational purpose only. In each content, the hyperlink to the primary source is specified. All trademarks belong to their rightful owners, all materials to their authors. If you are the owner of the content and do not want us to publish your materials on our website, please contact us by email: [email protected] The content will be deleted within 24 hours.
Share. Facebook Twitter Pinterest LinkedIn Reddit Email
Previous ArticleInterview: Gungrave G.O.R.E. General Director Kay kim
Next Article CNN Heroes: Sharing the Spotlight – CNN