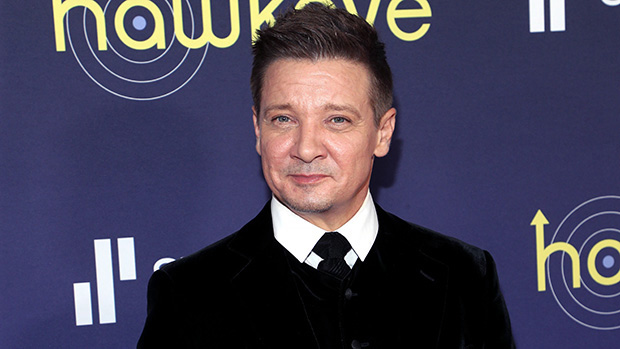 An act of heroism led to Jeremy Renner’s New Year’s Day hospitalization. New details about the snow plow accident that sent the actor to the hospital were revealed in the sheriff’s office incident report, which was obtained by CNN. The report reveals that Jeremy was trying to save his nephew from being crushed by the snow plow when he was “pulled under the vehicle by the track and run over.”

Jeremy was using the Pistenbully snow plow to try and pull his nephew’s truck out of the snow when the incident happened, according to the report. He told officials that he successfully pulled the truck onto the street when the snowplow started “sliding sideways” and “rolling down the hill.” He exited the vehicle”without setting the emergency brake,” the report, which was written after Jeremy spoke with investigators on Jan. 5, revealed.

“Once he was off the Pistenbully, he realized it was heading directly toward (his nephew),” the report continued. “He feared the Pistenbully was going to hit (his nephew), so he decided to attempt to stop or divert the Pistenbully.” While attempting to enter the cab of the snowplow, Jeremy had to climb on the moving track, and was “immediately pulled under,” according to the incident report.

Jeremy was airlifted to the hospital after the horrifying accident. He was in the hospital for two weeks before getting to return home. However, his road to recovery has just begun. In a Jan. 21 update on Instagram, Jeremy revealed that he broke 30 bones in the accident. “Morning workouts, resolutions all changed this particular new years…” he wrote. “Spawned from tragedy for my entire family, and quickly focused into uniting actionable love.”

The scene of the accident sounded quite harrowing, as revealed by a neighbor in the 911 call following the incident. “We just need someone here right away with live-saving techniques,” the neighbor told operators. “He got crushed underneath it, yeah. There is a lot of blood over here, so you need to get someone over here immediately.”

Jeremy Renner’s Wife: Everything To Know About His Marriage To Ex Sonni Pacheco

Denial of responsibility! Theinspi is an automatic aggregator around the global media. All the content are available free on Internet. We have just arranged it in one platform for educational purpose only. In each content, the hyperlink to the primary source is specified. All trademarks belong to their rightful owners, all materials to their authors. If you are the owner of the content and do not want us to publish your materials on our website, please contact us by email: [email protected] The content will be deleted within 24 hours.
Share. Facebook Twitter Pinterest LinkedIn Reddit Email
Previous ArticleFuture Apple MacBooks Could Have Glass Haptic Trackpad: Read More
Next Article Google Announces These Sweeping Changes for Android Device Makers in India