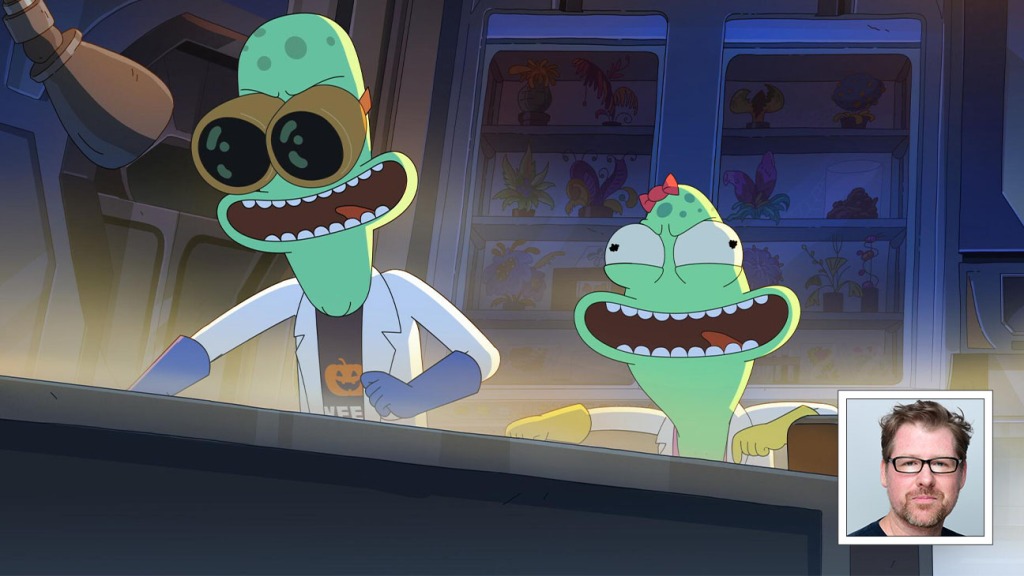 Rick and Morty and Solar Opposites co-creator Justin Roiland has been dropped from the latter series following revelations of a domestic violence charge against him.

Hulu, which airs Solar Opposites, is also removing Roiland from its recently debuted series Koala Man, where he’s an executive producer and voice actor. 20th Television Animation, where Roiland had an overall deal and which produces both series, has also cut ties.

“We have ended our association with Justin Roiland,” Hulu and 20th TV Animation said in a statement.

The decision from the two Disney units comes a day after Adult Swim cut ties with Roiland. He co-created Solar Opposites with fellow Rick and Morty alum Mike McMahan and also voices one of the show’s lead characters. Solar Opposites has aired three seasons to date and is renewed through a fifth.

Koala Man, which premiered on Jan. 9, comes from creator Michael Cusack and showrunners Benji Samit and Dan Hernandez. Both it and Solar Opposites are slated to continue without Roiland’s involvement.

Roiland has pleaded innocent to domestic violence charges stemming from a 2020 incident in Orange County, California. His attorney, T. Edward Welbourn, called the media coverage of the charges “inaccurate,” saying in a statement, “To be clear, not only is Justin innocent, but we also have every expectation that this matter is on course to be dismissed once the district attorney’s office has completed its methodical review of the evidence.”

Roiland was charged with one felony count of domestic battery with corporal injury and one felony count of false imprisonment by menace, violence, fraud and/or deceit after a January 2020 incident involving an unnamed woman he was dating. The case has moved slowly through the court system since then; NBC News was the first to report publicly on the case on Jan. 12, when Roiland was in court for a pre-trial hearing. He’s scheduled to return to court for another hearing on April 27.

Hulu, 20th Television Animation and Adult Swim initially gave no comment when the charges against Roiland came to light. That continued until Tuesday, when Adult Swim offered a one-line statement, saying the Warner Bros. Discovery cable outlet “has ended its association with Justin Roiland.” He’ll no longer work in the Rick and Morty writers’ room, and his voice roles — he plays both title characters — will be recast as the show continues through a 70-episode order Adult Swim placed in 2018. Forty episodes remain on that order, which will take Rick and Morty through a 10th season. Co-creator Dan Harmon will be the sole showrunner on the series.

Roiland has also resigned from Squanch Games, the video game developer he founded in 2016.

Denial of responsibility! Theinspi is an automatic aggregator around the global media. All the content are available free on Internet. We have just arranged it in one platform for educational purpose only. In each content, the hyperlink to the primary source is specified. All trademarks belong to their rightful owners, all materials to their authors. If you are the owner of the content and do not want us to publish your materials on our website, please contact us by email: [email protected] The content will be deleted within 24 hours.
Share. Facebook Twitter Pinterest LinkedIn Reddit Email
Previous ArticleWriters Guild Awards: ‘Everything Everywhere All at Once,’ ‘Top Gun: Maverick’ Among Film Screenplay Nominations
Next Article Justin Roiland Resigns From Squanch Games Following Domestic Abuse Charges