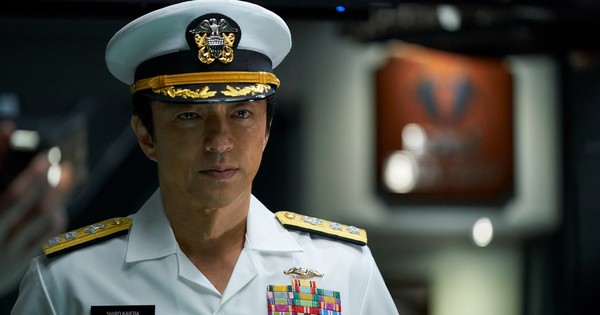 Amazon Prime Video in Japan posted a teaser video for the Amazon original live-action film adaptation of Kaiji Kawaguchi‘s The Silent Service manga on Wednesday. The film will premiere in TOHO theaters throughout Japan on September 29.

Osawa and Shinzō Matsuhashi are producing the live-action film, Kohei Yoshino is directing, and Hikaru Takai wrote the script.

In the story, Shiro Kaieda is appointed the captain of Japan’s first nuclear submarine, jointly built by Japan and the United States in top secret. However, he and his 76 crew members go rogue in this story that delves into themes of nuclear war, international politics, and world peace.

Kawaguchi serialized the manga in Kodansha‘s Morning magazine from 1988 to 1996. The manga already inspired a television anime special from Sunrise in 1996, followed by Sunrise‘s two-part original video anime from 1997 to 1998. Central Park Media offered the anime on videotape and later DVD.

Kawaguchi ended his Zipang: Shinsō Kairyū manga in November 2017. The manga is unrelated to his earlier time-traveling war manga Zipang, which he also drew in Kodansha‘s Morning magazine until 2009.

Kawaguchi and Shinji Makari recently ended their Sagara ~S no Dōsotai~ (Sagara ~The S Allotrope~) in 2021. The manga launched in Morning Magazine in 2018.

Denial of responsibility! Theinspi is an automatic aggregator around the global media. All the content are available free on Internet. We have just arranged it in one platform for educational purpose only. In each content, the hyperlink to the primary source is specified. All trademarks belong to their rightful owners, all materials to their authors. If you are the owner of the content and do not want us to publish your materials on our website, please contact us by email: [email protected] The content will be deleted within 24 hours.
Share. Facebook Twitter Pinterest LinkedIn Reddit Email
Previous ArticleIndia Pacer Renuka Singh Named ICC Emerging Women’s Cricketer Of The Year 2022 | Cricket News
Next Article Warhammer 40K: Darktide for Xbox Series S/X Delayed Indefinitely: Details