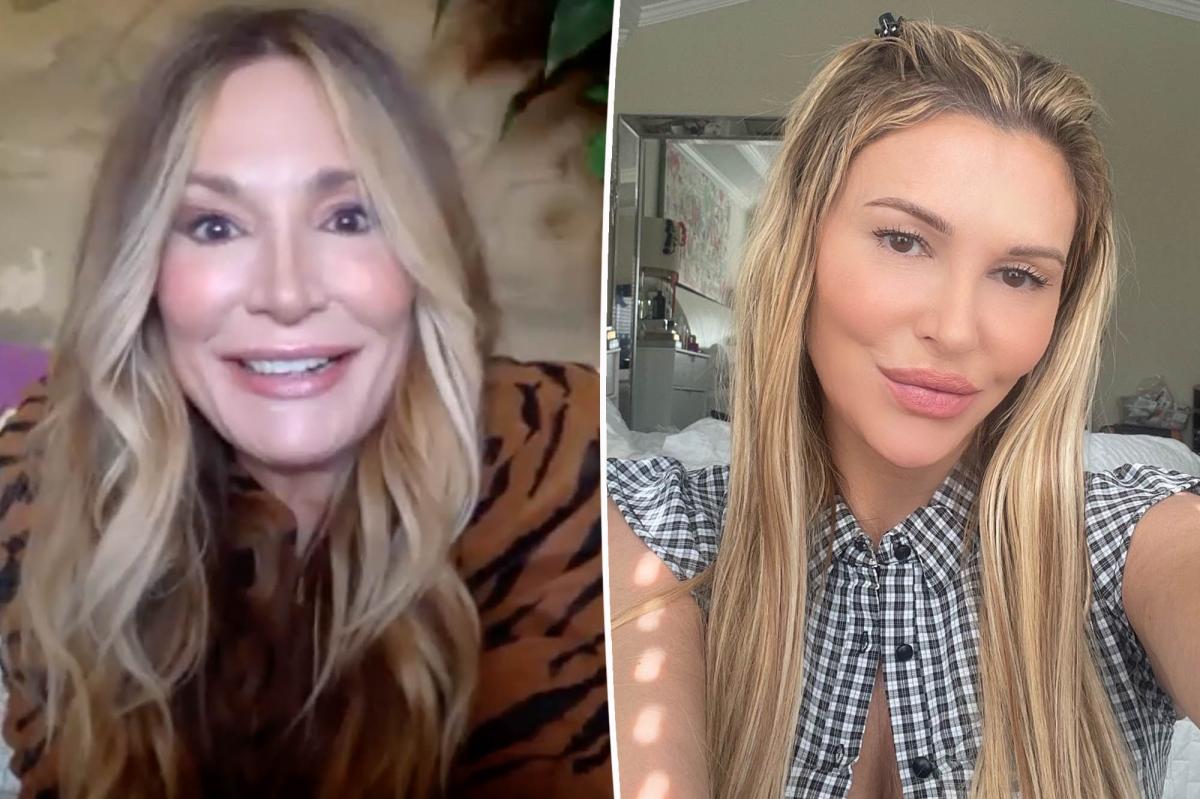 Bravolebrities Kate Chastain and Brandi Glanville had a spin-off in the works before the former “Below Deck” star became pregnant.

“I would be lying if I said some [NBCUniversal] executives didn’t already throw that out across the table,” Chastain, 40, says on Page Six’s “Virtual Reali-Tea” podcast while promoting Peacock’s new competition reality series, “The Traitors.”

“It was a thing but then I had to go get pregnant,” adds the expectant single mom, who announced her pregnancy in December 2022.

Chastain and the “Real Housewives of Beverly Hills” alum instantly bonded while filming Season 1 of “The Traitors” at a remote castle in Scotland.

“That was my greatest gift from doing the show truly,” Chastain gushes when asked about her friendship with Glanville, 50.

“She texts me pretty much every day. If I read off the texts that I get from Brandi, they would go viral. She is the funniest human I’ve ever met,” she continues. “She’s also so intelligent and so kind.”

The retired yachtie — who exited “Below Deck” in 2020 after six consecutive seasons — went on to say that, as a “Bravo fan” herself, she wasn’t always Team Brandi when the “Real Housewife” held a diamond. Glanville maintained a full-time spot on the series from 2012 until 2015.

“I’ve watched her over the years and I’m embarrassed to say I didn’t get the glory that was Brandi Glanville,” Chastain says.

“But I feel like … this is her moment. She’s becoming the queen of Peacock and I love to see it.”

In addition to starring on “The Traitors,” Glanville had a successful stint on the streaming service’s “Real Housewives Ultimate Girls Trip: Ex-Wives Club,” which finished airing last year. She will also appear on “RHUGT” Season 4, currently filming in Marrakech, Morocco, with such franchise OGs as Alex McCord and Caroline Manzo.

“I want to know why the hashtag #JusticeForBrandi hasn’t been more popular. I mean, her intuition is so good,” Chastain says, acknowledging the “villain” label placed on Glanville during the early days of “RHOBH.”

“Brandi Glanville deserves a win. She has dealt with so much on every show,” Chastain says. “She deserves her due flowers, totally.”

The South Florida resident suggests that she and Glanville were gearing up for a show similar to Luann de Lesseps and Sonja Morgan’s “Luann and Sonja: Welcome to Crappie Lake.”

“I don’t know if we have to go get a baby seat for the RV or maybe just pause it for a little bit,” Chastain says with a laugh, thinking of a potential iteration starring herself and Glanville.

“But I would be shocked if at some stage down the road, there wasn’t some kind of Brandi and Kate reunion with a camera involved.”

If a Glanville project doesn’t come to fruition, Chastain is pitching herself for a future season of “RHUGT.”

You can listen to Chastain’s entire “Virtual Reali-Tea” interview here.

“The Traitors” is available to stream on Peacock.

Denial of responsibility! Theinspi is an automatic aggregator around the global media. All the content are available free on Internet. We have just arranged it in one platform for educational purpose only. In each content, the hyperlink to the primary source is specified. All trademarks belong to their rightful owners, all materials to their authors. If you are the owner of the content and do not want us to publish your materials on our website, please contact us by email: [email protected] The content will be deleted within 24 hours.
below deck brandi glanville Entertainment real housewives real housewives of beverly hills reality stars reality tv TV virtual reali-tea videos
Share. Facebook Twitter Pinterest LinkedIn Reddit Email
Previous ArticleDog Shoots Hunter Dead In Freak Accident – Perez Hilton
Next Article Jacinda Ardern leaves New Zealand Parliament for the last time