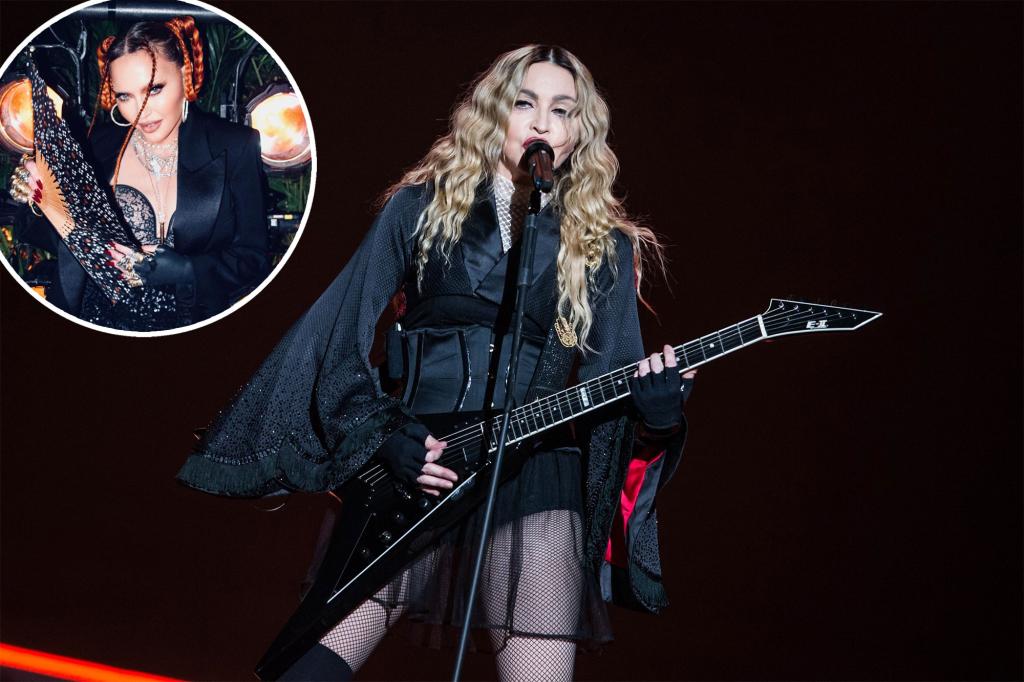 They just can’t get into the groove.

The filmmakers behind a planned Madonna biopic have allegedly halted the project as the pop legend prepares for a huge world tour.

The years-long preparation for the highly anticipated film turned out to be for naught, Variety reported Tuesday, as the 64-year-old is allegedly too busy gearing up for her “Celebration” tour later this year.

The film was apparently scrapped at Universal Pictures and is no longer in preproduction, sources told the publication, despite the multiple A-listers who vied for the chance to play the iconic role.

Julia Garner was reportedly offered the Material Girl role, beating out competition that included “Don’t Worry Darling” star Florence Pugh, “Euphoria” starlet Alexa Demie, actress Odessa Young and singer Bebe Rexha. The women contending for the role were required to attend a boot camp-like session to see whether they had what it takes, according to Variety.

Rumor has it that Julia Fox was in the running for the role of Debi Mazar, Madonna’s best friend.

Madge herself was slated to direct the on-screen memorialization of her career, putting a spotlight on her climb to pop superstardom.

The Queen of Pop penned an exhaustive script for the biopic, previously saying she wanted to create an “extraordinary” movie.

“I’ve had an extraordinary life, I must make an extraordinary film,” the “Hung Up” singer said in July last year. “It was also a preemptive strike because a lot of people were trying to make movies about me. Mostly misogynistic men. So I put my foot in the door and said, ‘No one’s going to tell my story, but me!’”

The musical megastar’s tour, which she announced last week, will celebrate her 40-year career as an artist as she travels to 35 cities around the world. Starting July 15 in Vancouver, the Grammy winner will make multiple stops in North America as well as Europe before concluding her shows on Dec. 1 — and tickets are starting to sell out.

“I am excited to explore as many songs as possible in hopes to give my fans the show they have been waiting for,” the “Like a Virgin” crooner said in a statement.

The “Vogue” hitmaker recently entered into a partnership with Warner Music Group in order to revisit the tracks that made her a household name. The first of multiple planned releases, “Finally Enough Love: 50 Number Ones,” was released in August last year.

It featured remixes of many of her well-known tunes, including “Holiday,” “Material Girl,” “Frozen,” “Into the Groove,” “Everybody” and “Open Your Heart.”

Denial of responsibility! Theinspi is an automatic aggregator around the global media. All the content are available free on Internet. We have just arranged it in one platform for educational purpose only. In each content, the hyperlink to the primary source is specified. All trademarks belong to their rightful owners, all materials to their authors. If you are the owner of the content and do not want us to publish your materials on our website, please contact us by email: [email protected] The content will be deleted within 24 hours.
biopics concert Entertainment madonna movies music
Share. Facebook Twitter Pinterest LinkedIn Reddit Email
Previous ArticleRiley Keough shares her last photo with mom Lisa Marie Presley
Next Article Riley Keough Shares A Photo From The ‘Last Time’ She Saw Her ‘Beautiful Mama’ Lisa Marie Presley