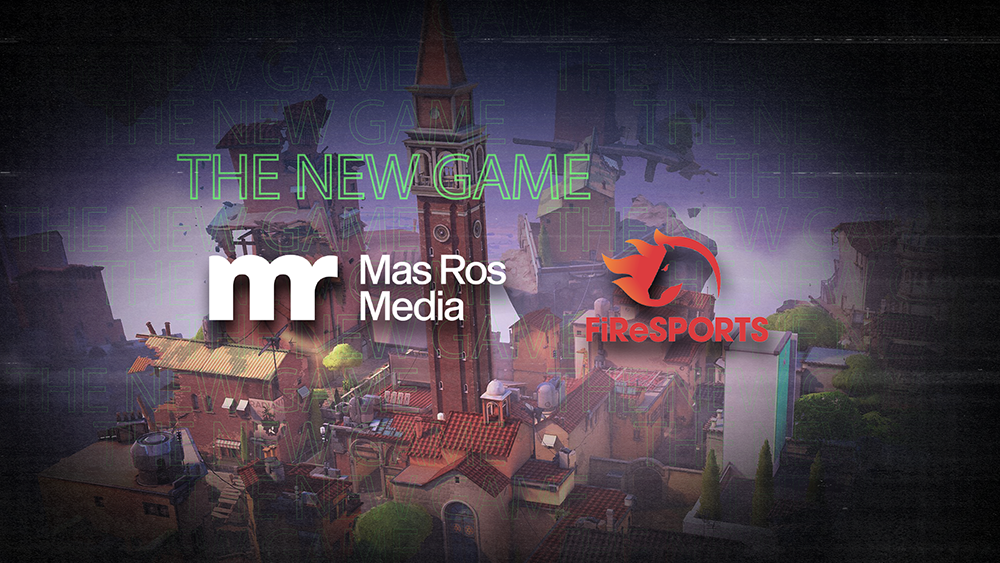 An eight-part Spanish-language scripted series, “The New Game” is created by Santana himself and Rodrigo Figueroa Reyes, founder and head of FireSports, the No. 2 esports company in Latin America and No. 3 in Spain, in which Mas Ros has taken an equity position.

Billed by Santana as an action drama, “The New Game” turns on upper-middle-class family, father, mother and three children, the elder, Isa, a first-year-university student studying for a medical degree, Ralph, at high-school, who plays half his free time playing a video game; and Federico, just nine, whose hero is Ralph.

The action begins with Ralph’s dad coming home and discovering him in the midst of a big game and ripping the cables out of his computer, disconnecting his team and an entire tournament. Ralph is hospitalised by his parents, on the advice of Dr. Chirinos, a very old-school psychiatrist.

And that’s just the first four-minute set up. Even its earliest stretches as currently imagined by Santana and Figueroa Reyes say a lot about “The New Game.”

In line with the propulsive, plot driven style of U.S. drama, “the series will be packed with action scenes, never-before-seen visual effects, and a story that will keep young and old alike on edge from start to finish,” a presentation promises.

“Direction, photography, as production design, is very much in the line of ‘Euphoria,’ but seen from a Latin viewpoint,” Santana said.

“We’re not trying to copy anybody, and much less deliver an ‘Anglo’ story,” said Santana. “But we do want to move near to the rhythm and artistic quality of a lot of U.S. series. My goal has always been – and the industry knows it – to raise ever more the artistic quality of each project.”

Yet the drama also marks a play for Latino audiences. It is set across the Spanish-speaking world, and will be shot between Spain, Miami and Mexico, Santana said. The family lives in Barcelona; the mother is a Mexican fashion designer launching a line in recyclable clothes; but Ralph’s first vid game is facing off in a big tournament with the best teams in Mexico.

Now in advanced development, “The New Game” also turns on two issues which centre much of Latino entertainment: Romance and family dynamics.

Online, the tournament will allow audiences to see briefly the members of other teams playing from their rooms, which will give rise to different love stories, action drama and intrigue.

Isa, as is shown in around minute five of Episode 1, rushes off to medical school, to discover that her tutor is Thomas, a fourth-year student with whom she’s fallen madly in love. He is described as “very handsome, a tall dark-haired man with great Afro half Rastafarian dress,” which may or may not sit well with her parents.

Announcing Mas Ros Media, Santana said that it would target gaming and esports communities and their families and friends.

In this sense, “The New Game” is “the most representative” of Mas Ros Media’ first titles] in that it includes “the general public, and players,” Santana told Variety.

That cuts several ways. For the uninitiated, the opening scene catches Ralph playing Riot Games’ Valorant, the hugely popular shooter, where he occupies the rank of Immortal 3 and is about to ascend to Radiant, the game’s highest level. As Ralph plays in the first scene, images of the game are interspersed here, demonstrating his extraordinary ability.

Characters’ emotions will sometimes be rendered via a design as if they were in the middle of a video game, said Santana.

Charting the demographic divide between parents and offspring cleaving Spain and Latin America, as the rest of the world, in what is perhaps its biggest departure, “The New Game” also clearly sides with the gaming world, showing how it is misunderstood by an older generation, Santana recognised.

Confronting Ralph, his father accuses him of “wasting his life, his future, with those little games” and of being ill, useless and a social misfit. Isa discovers that Thomas, the University’s No. 1 student, is also a professional gamer, which helps her understand the enormous injustice her parents are committing with Ralph.

“The New Game” is one of 16 titles now in development at Mas Ros Media, ranging from 6-8 episode fiction series to documentaries, reality shows and movies. Series will vary in length according to subject, said Santana. In general, with series, none will go over 10 episodes.

Further series are being written – “The Future,” “Super Natural,” “Hipotalmo” – with 10 more in development, Santana added.

Denial of responsibility! Theinspi is an automatic aggregator around the global media. All the content are available free on Internet. We have just arranged it in one platform for educational purpose only. In each content, the hyperlink to the primary source is specified. All trademarks belong to their rightful owners, all materials to their authors. If you are the owner of the content and do not want us to publish your materials on our website, please contact us by email: [email protected] The content will be deleted within 24 hours.
Share. Facebook Twitter Pinterest LinkedIn Reddit Email
Previous ArticleWWE 2K23 Is Coming to PC and Consoles in March: All Details
Next Article Khloé Kardashian breaks silence on Tristan Thompson’s mom’s ‘unfair’ death