Michael B. Jordan Gets Violent in ‘Saturday Night Live’ Promo 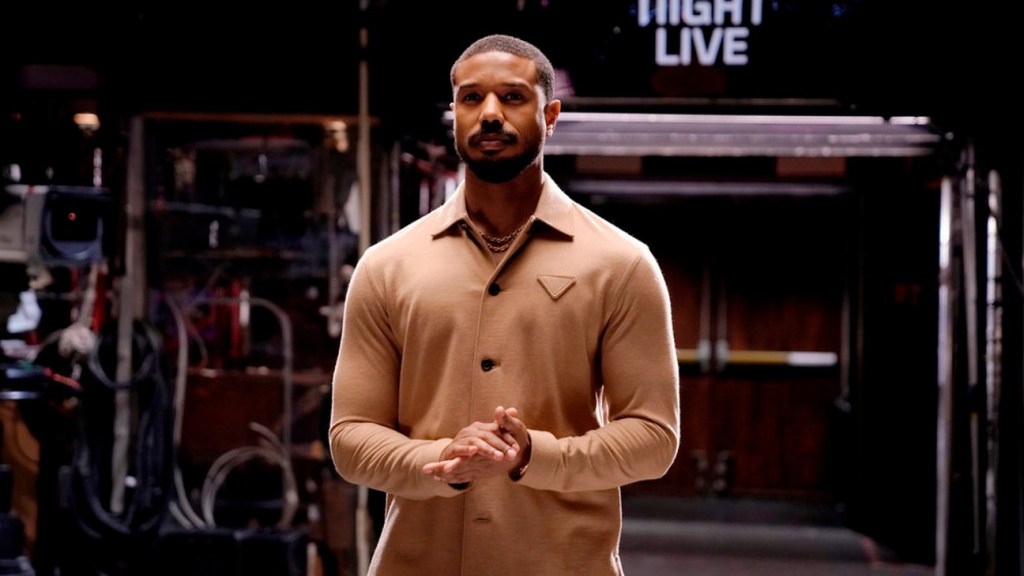 Michael B. Jordan might be a little too invested in his Creed III character during the first promo for his upcoming Saturday Night Live episode.

Jordan is set to make his SNL hosting debut during the Jan. 28 installment of the NBC comedy series alongside musical guest Lil Baby.

In a video released Wednesday, the Black Panther star is contemplatively taking in the sights of Studio 8H when he appears to get startled by castmember Michael Longfellow. Jordan proceeds to punch Longfellow not once but twice, causing the SNL featured player to exclaim, “Jesus B. Christ!”

A repentant Jordan replies, “I am so sorry — it’s muscle memory,” and confirms that Longfellow’s nose is indeed broken. This leads Longfellow to lament, “I can’t have a broken nose. I was hired for my looks, not my talent.”

Jordan then quips, “I know how that feels,” and the two appear to patch things up. The spot ends with Jordan finding an odd way to prevent this from happening again.

The episode marks SNL’s second new one of the season, following last week’s with host Aubrey Plaza and musical guest Sam Smith. Jordan is promoting the March 3 release of boxing film Creed III, which sees him pulling double duty as both director and star.

Denial of responsibility! Theinspi is an automatic aggregator around the global media. All the content are available free on Internet. We have just arranged it in one platform for educational purpose only. In each content, the hyperlink to the primary source is specified. All trademarks belong to their rightful owners, all materials to their authors. If you are the owner of the content and do not want us to publish your materials on our website, please contact us by email: [email protected] The content will be deleted within 24 hours.
Share. Facebook Twitter Pinterest LinkedIn Reddit Email
Previous ArticleVIVIZ Shares Details on Upcoming Album ‘VarioUS’: Concept Meaning, Title, More!
Next Article MS Dhoni Begins Training For IPL 2023, Sweats It Out In Nets. Watch | Cricket News