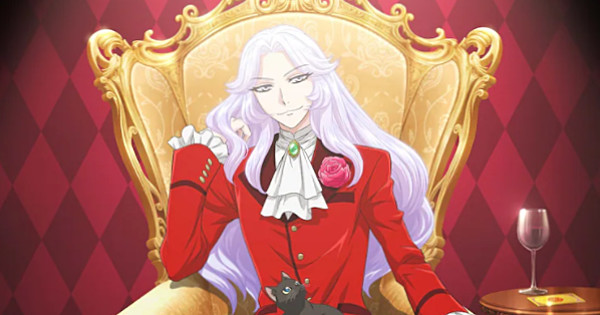 The 60-minute anime opened in theaters in Japan in June 2022.

HIDIVE licensed the anime in North America, and it describes the anime:

They always steal the prey they aim for. That is Phantom Thief Queen. Gender, age, nationality unknown. Together with their partner Joker, RD, they travel around the world on the airship Troubadour. This time, the Queen is aiming for a cursed jewel, the legendary Rose of Linden. A hypnotist, an acrobat, a magician…the talented circus members challenge the Queen! What is their purpose? In order to get back the jewel, the Queen stands up to the challenge in a bold and brilliant way (or disguise). Nothing is impossible for the Queen!

Saori Den (Pokémon episode director) directed the project at East Fish Studio, and Mariko Kunisawa (Ascendance of a Bookworm, Orient) wrote the script. Kumiko Kawashima (Fantasista Stella) designed the characters. Moe Hyūga (Steins;Gate 0, If My Favorite Pop Idol Made it to the Budokan, I Would Die) composed the music. Toshiki Kameyama was the sound director at Bit Groove Promotion. Pony Canyon distributed the anime.

The anime commemorates the 20th anniversary of the novel series. Kadokawa published the first novel under its children’s book label Aoitori Bunko in March 2002 with illustrations by K2 Shōkai. The latest novel shipped in July 2021. The project marks the first time the franchise is getting a video adaptation. The anime shares the same title as the debut novel in the franchise.

Denial of responsibility! Theinspi is an automatic aggregator around the global media. All the content are available free on Internet. We have just arranged it in one platform for educational purpose only. In each content, the hyperlink to the primary source is specified. All trademarks belong to their rightful owners, all materials to their authors. If you are the owner of the content and do not want us to publish your materials on our website, please contact us by email: [email protected] The content will be deleted within 24 hours.
Share. Facebook Twitter Pinterest LinkedIn Reddit Email
Previous ArticleThe Witcher 3 Next-Gen Edition Is Getting a Physical Release This Week
Next Article Oppo Reno 8T Price in India Tipped, May Feature 108-Megapixel Main Camera