Moon Hunter: A Tale of Two Sisters set to Launch on Kickstarter 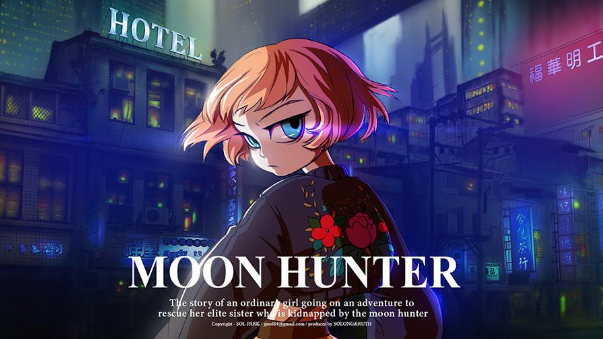 SOLONG&RUTH’s biggest project yet is bringing the story of Moon Hunter to life after 4 years of production period. Moon Hunter is poised to be one of the most popular animes of 2022. It’s recently confirmed that the project is set to launch on Kickstarter in early July, 2022.

Moon Hunter follows two sisters, Toran and Sulby, who live a humble life in one of Haenara’s bustling city districts. Smart, talented, and beautiful, Sulby is envied by her younger sister, Toran, who is seemingly average in every way. But one day, Sulby is kidnapped by the bride-seeking Moon Hunter. Now, it’s up to Toran to venture into the Land of Darkness and rescue Sulby before it’s too late.

Will Toran be able to save her sister, Sulby, from the Moon Hunters? Take a look at the trailer above and expect Moon Hunter to release by the help of backers around the world.

Moon Hunter is already 90% completed. Not only will the support of the backers on Kickstarter will help wrap up the production and post-production process, but it will also help the film secure high-quality dubbing, localization, and theme music recorded by favorite K-pop idols.