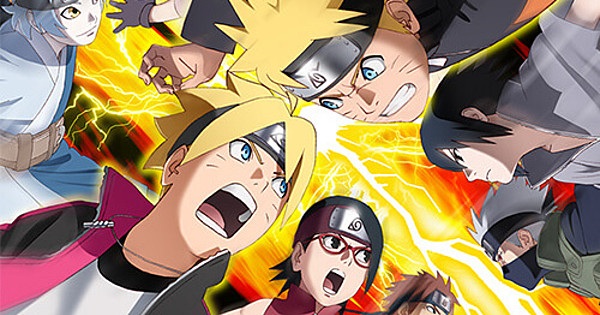 This year’s eighth issue of Shueisha‘s Weekly Shonen Jump magazine revealed on Monday that Isshiki Ōtsutsuki will be the fifth character in the fifth season pass for the Naruto to Boruto: Shinobi Striker game. The character will be the 33rd overall DLC character for the game and will launch “soon.”

Naruto to Boruto: Shinobi Striker is a high-speed four vs. four multiplayer title that encourages cooperative play through the use of character-specific roles. Characters are split up into four roles: Attack, Ranged, Defense, and Heal. Teams that utilize these four types of characters will be formidable opponents on the battlefield.

Denial of responsibility! Theinspi is an automatic aggregator around the global media. All the content are available free on Internet. We have just arranged it in one platform for educational purpose only. In each content, the hyperlink to the primary source is specified. All trademarks belong to their rightful owners, all materials to their authors. If you are the owner of the content and do not want us to publish your materials on our website, please contact us by email: [email protected] The content will be deleted within 24 hours.
Share. Facebook Twitter Pinterest LinkedIn Reddit Email
Previous ArticleFire Emblem Engage Game Gets Manga Adaptation
Next Article Gun seized at second location may be tied to Monterey Park mass shooting