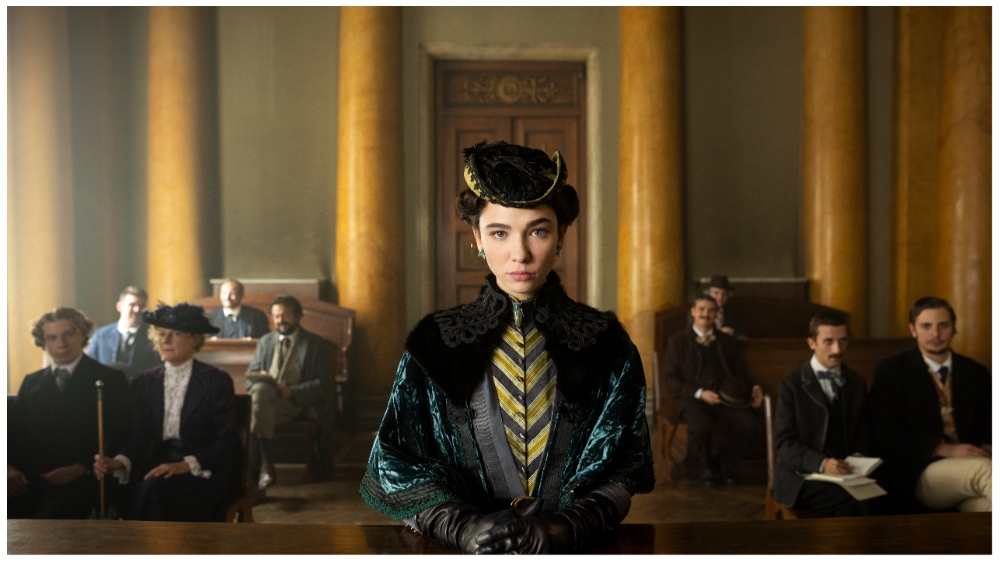 Netflix has set a Feb. 15 drop date for its new Italian original series “The Law According to Lidia Poët,” a period piece about Italy’s first female lawyer.

The show will go out globally roughly one month after Netflix’s well-received Elena Ferrante adaptation “The Lying Life of Adults.” It features rising Italian star Matilda De Angelis, who appeared alongside Nicole Kidman and Hugh Grant in “The Undoing,” as its titular character. This, combined with the feminist narrative, could help give it international heft.

The 6-episode procedural is directed by Matteo Rovere and Letizia Lamartire.

One of the series’ taglines is: “If God wanted you to be a lawyer he would not have made you a woman.”

“Lidia Poët” reconstructs the true story of the Italian woman who in late 19th century Turin fought a legal battle to be allowed to practice as a lawyer after she was forbidden to do so by a court order. Penniless but full of pride, Lidia finds a job at her brother Enrico’s law firm where she prepares an appeal that will overturn the court’s ruling. She thus became Italy’s first female lawyer.

Watch the trailer below:

Denial of responsibility! Theinspi is an automatic aggregator around the global media. All the content are available free on Internet. We have just arranged it in one platform for educational purpose only. In each content, the hyperlink to the primary source is specified. All trademarks belong to their rightful owners, all materials to their authors. If you are the owner of the content and do not want us to publish your materials on our website, please contact us by email: [email protected] The content will be deleted within 24 hours.
Share. Facebook Twitter Pinterest LinkedIn Reddit Email
Previous ArticleParis Hilton’s celebrity friends react to socialite’s secret baby
Next Article Bader Shammas: 5 Things About Lindsay Lohan’s ‘Amazing’ & Supportive Husband