One Piece Film Red Jumps Back to #3, Aikatsu: Mirai e no Starway Opens at #10 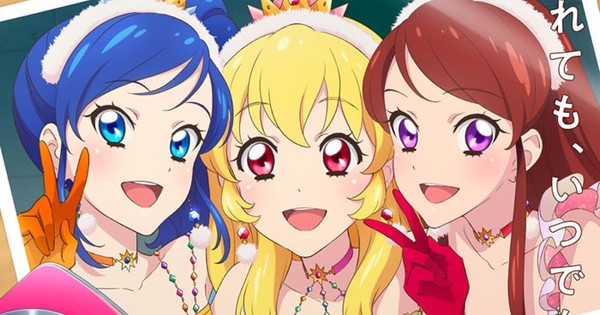 The film is now the 65th highest-earning film of all time in Japan. It also the #18 all-time anime film in Japan.

Shinkai (your name., Weathering With You) directed the film and wrote the screenplay. He is also credited with the original story. Masayoshi Tanaka (your name., Weathering With You) designed the characters. Kenichi Tsuchiya (your name., Garden of Words) was the animation director. Takumi Tanji (Children Who Chase Lost Voices) was the art director. CoMix Wave Films and Story Inc. produced the movie. TOHO is distributing the film. RADWIMPS scored the film. Seattle-based Hollywood film composer Kazuma Jinnouchi (Ghost in the Shell: SAC_2045, RWBY: Ice Queendom) scored the film alongside RADWIMPS. TikTok performer Toaka performed one of the film’s theme songs “Suzume.”

The film topped Japan’s box office for 2022 in terms of yen earned and tickets sold.

Meitantei Conan Haibara Ai Monogatari: Kurogane no Mystery Train (Detective Conan Ai Habara’s Story ~Jet-Black Mystery Train~), a new compilation film for the franchise, dropped from #5 to #7 in its third weekend. The film earned 73,161,680 yen (about US$561,300) from Friday to Sunday, and has earned a cumulative total of 521,835,730 yen (about US$4 million).

The compilation film recompiles the anime’s four-episode “Jet-Black Mystery Train” arc (episodes 701-704), while also including key scenes centering on the character Ai Haibara from other parts of the television anime’s run, as well as new footage connecting the film to Detective Conan: Kurogane no Submarine, the upcoming 26th franchise film, at the end of the film.

The Detective Conan: Kurogane no Submarine film will open in Japan on April 14.

The film opened in Japan on December 23.

Keiichi Hara (Colorful, Miss Hokusai, The Wonderland) directed the film at A-1 Pictures. Miho Maruo, who wrote the script for Hara’s Miss Hokusai and The Wonderland films, penned the script. Keigo Sasaki (Blue Exorcist, ERASED, The Seven Deadly Sins) designed the characters, and was also the chief animation director. Russian artist Ilya Kuvshinov, who drew the character designs for The Wonderland, was credited for visual concept and castle design. Harumi Fuuki, who has composed the music for Hara’s prior films, returned for this new film. Shochiku is distributing the film.

The film opened in Japan on December 16. Isamu Nakae directed the film, with a script by Noriko Yoshida. Hidetaka Yoshioka reprised his role as the film’s titular doctor from the earlier 2003 and 2006 live-action television series.

Crunchyroll previously streamed the 2003 and 2006 live-action series under the title Dr. Coto’s Clinic.

The Aikatsu! 10th Story ~Mirai e no Starway~ (Starway to the Future) anime film ranked at #10 in its opening weekend.

Aikatsu! 10th Story ~Mirai e no Starway~ is the franchise‘s 10th anniversary film. The brand-new story for the original Aikatsu! series reunites that series’ director Ryuichi Kimura, scenario writer Yoichi Kato, and character designer Hiroko Yaguchi. The project is set in the story of the 2012 to 2016 Aikatsu! anime, and centers once again on protagonist Ichigo Hoshinomiya.

A 2022 film short version of the project played with the Gekijō-ban Aikatsu Planet! feature film on July 15.

The Sōkyū no Fafner Behind the Line spinoff anime ranked at #1 in the mini-theater ranking in its opening weekend.

The SSSS.Gridman compilation film ranked at #2 in the mini-theater ranking in its opening weekend.

Denial of responsibility! Theinspi is an automatic aggregator around the global media. All the content are available free on Internet. We have just arranged it in one platform for educational purpose only. In each content, the hyperlink to the primary source is specified. All trademarks belong to their rightful owners, all materials to their authors. If you are the owner of the content and do not want us to publish your materials on our website, please contact us by email: [email protected] The content will be deleted within 24 hours.
Share. Facebook Twitter Pinterest LinkedIn Reddit Email
Previous ArticleiPhone Exports From India Reached $1 Billion in December: IT Secretary
Next Article Will Jacks Pulls Off A Virat Kohli-Like Shot Against Jofra Archer. Watch | Cricket News