Oscars: Indie Outfit A24 Dazzles With a Company-Best 18 Nominations 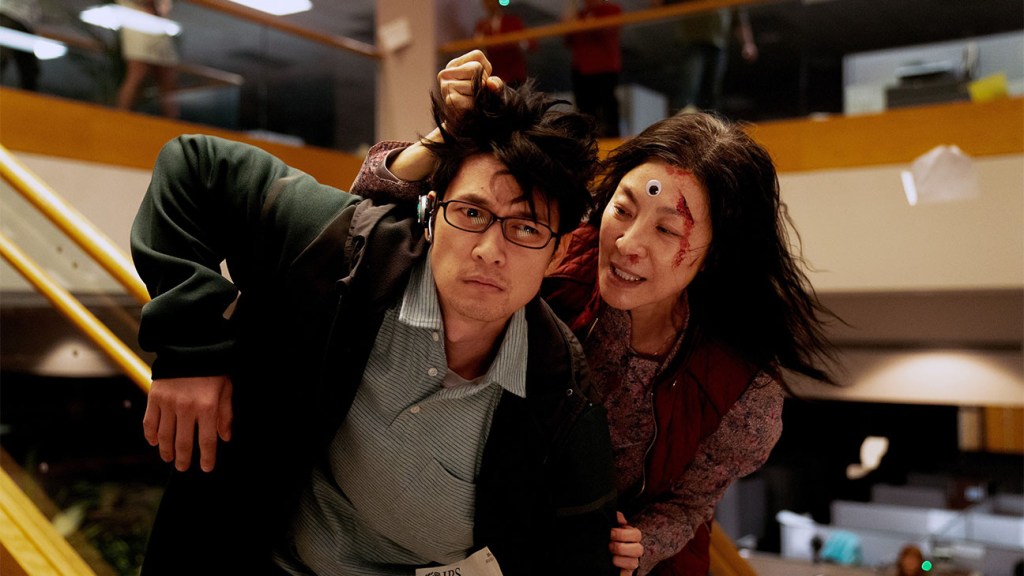 In less than a decade, indie distributor A24 has come to be thought of as the cool kid on the block, both in terms of content and marketing.

The New York-based company became cooler on Tuesday with its films earning a company-best 18 Oscar nominations across six titles. The bounty was led by box office sensation Everything Everywhere All at Once, which racked up 11 noms, the most of any movie and including a slot in the coveted best picture race.

And, for the first time, A24 landed a spot in the best animated feature category for Marcel the Shell with Shoes On, as well as seeing Belgium’s Close nominated for best international feature film, likewise a category the distributor hasn’t previously competed in.

A24 scored four nominations in the four acting categories, including best actor forThe Whale star Brendan Fraser and best actress for Everything Everywhere star Michelle Yoeh (her nom is history-making).

Previously, the most nominations A24 earned in any given year was 10 in 2017, with eight going to Moonlight, which went on to win the best picture prize after the most famous foul-up in Oscar history.

“It made for a very exciting morning and is a testament to the incredible talent we are lucky enough to work with,” the company said in a statement later on Tuesday. Everything Everywhere is gift that keeps giving; on top of Oscar recognition, the film is the top-grossing title in A24’s library after earning $140 million-plus at the worldwide box office.

A24, however, couldn’t quite claim an industry victory this year. Overall spoils went to the various film fiefdoms within the Disney empire, which took home 22 nominations, led by Searchlight’s The Banshees of Inisherin (nine), Marvel’s Black Panther: Wakanda Forever (four) and 20th Century’s Avatar: The Way of Water (three). Banshees and The Way of Water are both competing in the best picture race, while Pixar’s Turning Red is up for best animated feature. (Rivals blanch at the fact that Disney gets to count all of its banners together.)

Netflix chased down 15 Oscar nominations, with All Quiet on the Western Front alone earning nine, including for best picture.

Still, legacy Hollywood studio held their own. Thanks in large part to Elvis, Warner Bros.’ count came in at 12, while Paramount’s was 11 between Top Gun: Maverick and Babylon. And, including Focus Features, Universal beat both with 14 noms, led by The Fabelmans (seven).

On the specialty side, Neon earned five nominations, including a best picture nod for Triangle of Sadness (United Artists Releasing and Sony Pictures Classics picked up two each for Women Talking and Living, respectively.

Denial of responsibility! Theinspi is an automatic aggregator around the global media. All the content are available free on Internet. We have just arranged it in one platform for educational purpose only. In each content, the hyperlink to the primary source is specified. All trademarks belong to their rightful owners, all materials to their authors. If you are the owner of the content and do not want us to publish your materials on our website, please contact us by email: [email protected] The content will be deleted within 24 hours.
Share. Facebook Twitter Pinterest LinkedIn Reddit Email
Previous Article‘Till’ Director Highlights “Unabashed Misogyny Towards Black Women” After Oscars Snub
Next Article Where to Watch Oscar-Nominated Film ‘Top Gun: Maverick’ Online