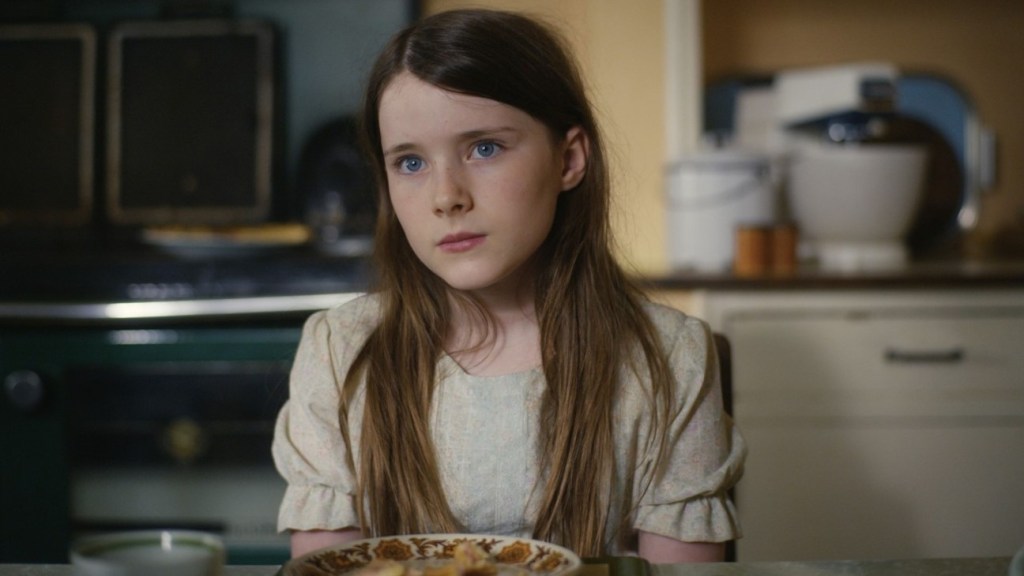 Ireland has received its first nomination for the best international feature Oscar for The Quiet Girl.

Overall, movies from 92 countries and regions were eligible for this year’s Academy Awards in the best international feature category, including some that have never earned a nomination before. But once the shortlist of 15 remaining titles was cut down to the five Oscar nominees, unveiled on Tuesday morning, only one country could celebrate earning its first-ever nod in the category.

Among the shortlisted countries, three had never been nominated for the best international feature honor, which was previously called the best foreign-language film Oscar. They were Morocco (with its submission The Blue Caftan) and Ireland, each of which had made the shortlist once before, as well as Pakistan (Joyland), which had not reached the shortlist before.

Ireland’s contender The Quiet Girl, writer-director Colm Bairéad’s first feature, focuses on a withdrawn child peeking out of her shell during a summer stay with relatives in rural Ireland. In its review, THR called it “a tiny jewel, fragile and lovely,” as well as “an affecting coming-of-age drama about the nourishment of kindness.” The film debuted at the Berlin Film Festival 2022, winning a Crystal Bear best film honor from the Generation Kplus jury and receiving a special mention from the children’s jury.

The country’s first-ever nominee will compete for the international feature Oscar with Germany’s All Quiet on the Western Front, Poland’s EO, Belgium’s Close and Argentina’s Argentina, 1985.

Pakistan’s Oscar entry, Saim Sadiq’s debut feature Joyland, observes the tension within a Pakistani family suffocated by societal conventions. The THR review called the film, which was part of the Cannes Film Festival’s Un Certain Regard sidebar lineup last year and won its jury prize, “an aching consideration of gender and sexuality.”

Morocco’s submission The Blue Caftan, writer-director Maryam Touzani’s second feature, centers on a melancholy relationship triangle involving an artisanal tailor, his dying wife and his male apprentice. The THR review of the movie, which also screened in the Un Certain Regard program at Cannes, called it “a work of handcrafted beauty,” adding its creator returned “three years after her well-received debut feature, Adam, with a work of even more transfixing delicacy and restraint.”

The 95th Oscars ceremony, presented by the Academy of Motion Picture Arts and Sciences, will take place at the Dolby Theatre in Los Angeles on March 12. Jimmy Kimmel is returning as host.

Denial of responsibility! Theinspi is an automatic aggregator around the global media. All the content are available free on Internet. We have just arranged it in one platform for educational purpose only. In each content, the hyperlink to the primary source is specified. All trademarks belong to their rightful owners, all materials to their authors. If you are the owner of the content and do not want us to publish your materials on our website, please contact us by email: [email protected] The content will be deleted within 24 hours.
Share. Facebook Twitter Pinterest LinkedIn Reddit Email
Previous ArticleDestiny 2: Lightfall Is Nerfing Resilience
Next Article Salma Hayek Bravely Feeds A Raccoon During Her Friend’s Birthday Party: Wild Video