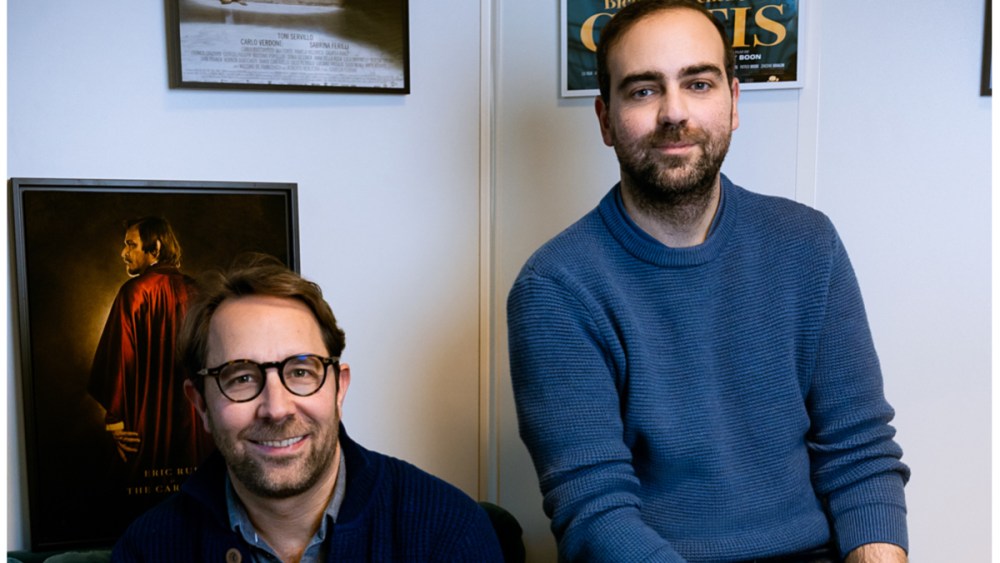 Pathé has signed a three-year co-production and co-financing deal with Logical Pictures to strengthen its ambitious film production strategy.

The family-owned company operates France’s leading multiplex chain and runs one of the country’s most successful film studios. 2023 looks to be Pathé’s biggest year in a while with three major French releases: Guillaume Canet’s “Asterix & Obelix: The Middle Kingdom” and Martin Bourboulon’s two-part epic saga “The Three Musketeers.” Both based on cult franchises, “Asterix & Obelix: The Middle Kingdom” and “The Three Musketeers” are budgeted in the $70 million range (about seven times more than the high bracket of a medium-size film in France). This is just the beginning of a new era for Pathé, which will need financial munitions to limit risks and continue delivering these splashy films on a regular basis for years to come.

Through the partnership, Pathé will be able to tap into the fund Logical Content Ventures, bringing private investors on board to finance the gap for its theatrical movies. Under the deal, Logical Content Ventures will contribute to the financing of all films produced or acquired by Pathé for theaters through 2025. More than 20 films ranging from mainstream to festival-friendly titles will benefit from Logical’s financial input, notably Dany Boon’s “La vie pour de vrai,” Just Philippot’s ecological thriller “Acide” starring Guillaume Canet and Laetitia Dosch, as well as Kirill Serebrennikov’s “Limonov” and Matteo Garrone’s “Moi, capitaine.”

“Going forward, we aim to bring out two or three big movies per year and have a consistent lineup, which is why we need to have solid partners like Logical Pictures to back us on the long term,”said Ardavan Safaee, Pathé Films president. The executive, who joined Pathé in 2015 and now works closely with Pathe co-chairman Jerome Seydoux, said Pathé previously operated more opportunistically, on a film by film basis, and is now working differently to adapt to new market conditions post pandemic. The French box office is increasingly dominated by U.S. studio movies, and Pathe intends to play in a similar ballpark, hoping to lure moviegoers with epic French movies.

“When we established this strategy with Jerome Seydoux to focus on event movies, we asked ourselves, ‘how to we do to maintain a regularity in terms of production, distribution and investment like American studios do?’” said Safaee.

“We’re not reinventing the wheel — U.S. studios have been working with these types of private partners for a long time,” said Safaee, citing Warner Bros. which financed “Joker” with Roadshow. “This partnership with Logical gives us the possibility to share the risks, but also guarantees that we can keep up a steady pace and plan ahead,” explained Safaee.

Created in 2016, Logical Pictures has produced, financed and distributed dozens of movies and series, in France and internationally, through key investments in film banners such as Pulsar Content and The Jokers, among others.

“After financing more than 20 films in four years with Logical Pictures, we created the fund Logical Content Ventures in 2021 to open up the financing of films and series to private investors,” said Frederic Fiore, Logical Pictures president. The fund is looking to raise €100 million and has already succeeded in securing €10 million in one round. Six projects have been financed with the fund so far, notably Alexandre Aja’s upcoming film “Night of the Hunted” and Ridley Scott-produced thriller “Berlin Nobody.”

“In France and even in Europe, Pathe has a unique positioning because they’re able to produce these big films that enter popular culture and also distribute them at a scale that’s nearly unmatched for a non- U.S. studio,” added the executive, who said that while Warner Bros. needed Village Roadshow to finance “Joker,” there wouldn’t have been “Joker” without Warner Bros. in the first place.

“Money is not enough to carry on certain projects, and you need experienced, dedicated producers who will secure rights to prestigious IP, work closely with talents, and bring out their films in France, and internationally,” said Fiore, whose banner is also the parent company of Loveboat, an advertising and branded content outfit; Black Mic Mac, which is dedicated to premium African content, and Cascade8, which specializes in new tech tools such as blockchain.

Fiore, who as a long experience in the financing arena, said Pathé’s films represent an attractive source of investment because they have a library value and are often based on renowned franchises.

The Logical Pictures’ founder said the deal with Pathé was “clever” because there’s no pre-determined envelope even if the company backs Pathé’s entire slate. Each movie will receive a different amount, depending on its budget and financing structure. “The idea is that we will split the risks with Pathe but also the gains, and if these films are big successes as we hope they will be, the gains will be proportional with the amount invested,” said Fiore.

Fiore said when he started pitching French film groups and financiers about partnerships, “people looked at (him) in a weird way, but six years later the track record of Logical Pictures shows that it works.”

“There’s a growing polarization on big movies and independent producers are going to need private money to split the risks and take over from traditional sources of financing that can’t keep up,” said Fiore, who argues that investing in movies, especially when they’re based on strong IP as the ones made by Pathe, allows financiers to grow the value of their investment over time, and presents less risks than investing in “bubbles” like real estate or crypto currencies.

By 2025, Pathé expects to have delivered several more French blockbusters based on iconic historical figures and literary works, including a film adaptation of Alexandre Dumas’s “The Count of Monte-Cristo,” and Antonin Baudry’s biopic of Charles de Gaulle, the legendary French army officer who led the French resistance against Nazi Germany during World War II and eventually became president of France. As with “Asterix & Obelix” and “The Three Musketeers,” these movies will be promoted like proper tentpoles, with robust marketing campaigns.

Denial of responsibility! Theinspi is an automatic aggregator around the global media. All the content are available free on Internet. We have just arranged it in one platform for educational purpose only. In each content, the hyperlink to the primary source is specified. All trademarks belong to their rightful owners, all materials to their authors. If you are the owner of the content and do not want us to publish your materials on our website, please contact us by email: [email protected] The content will be deleted within 24 hours.
Share. Facebook Twitter Pinterest LinkedIn Reddit Email
Previous ArticleTyrann Mathieu’s Girlfriend: Everything To Know About His Relationship With Sydni Paige Russell
Next Article People Are FREAKING OUT That Julia Fox Truly Lives Like The Rest Of Us! – Perez Hilton