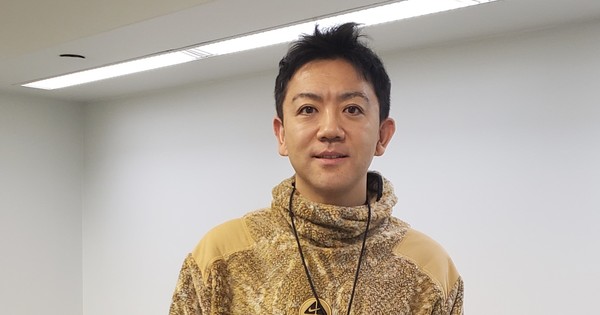 George Wada has forged a considerable legacy in the anime industry in the last 20 years. The newly minted president and CEO of Production I.G is also serving as president of Studio Wit, two lauded anime production houses. Under his purview as producer, Wit Studio released some of its most compelling anime, including the first four seasons of Attack on Titan, Ranking of Kings, Psycho-Pass, the first season of Vinland Saga, and The Ancient Magus’ Bride. We sat down with Wada to ask about his new role, why Wit Studio has seemingly passed on later seasons of its hit series, and whether work-life balance has improved for animators.

This year is very exciting. You were appointed to Production I.G president and CEO. How is your job changed at this time, and what are you hoping to accomplish in your new role?

George Wada: So I became the CEO of Production I.G, but I am also still the CEO of Wit Studio which is a very exciting challenge. Both are anime studios under the IG Port Group. These two anime studios are two very distinct companies. So, I would like to take advantage of the unique characteristics of these two companies to increase the number of anime fans out there and to have them enjoy the works we create.

IG Port achieved a record number of revenue in the June 2021 to May 2022 fiscal year during a time when many other animation studios are struggling, what do you credit for the company’s impressive revenue earnings?

WADA: The animation industry in Japan has really been changed by the global fanbase. Right now, there are so many platforms that are wanting Japanese animation: Netflix, Crunchyroll, Disney, and Amazon. So in the past, we were sort of on the receiving end from only a few companies within Japan, but now we have so many choices. So what I really think contributes to that revenue is the fact that we are on the deciding side of who we get to work with.

There is an established interest in working conditions among anime viewers, especially in the west. What is the current work-life balance for animators at Wit Studio?

WADA: As I mentioned before because there are so many platforms, there are now so many people wanting more anime to be created. Due to this increase in demand, high-quality work is expected, and as a result, highly skilled animators are needed. This has allowed animators to have a better work-life balance, but it has also made it necessary for them to improve their skills. To ensure a steady supply of work, the studio can now directly hire animators, which allows us to pay them a living wage and provide a stable living.

That’s great news because living as a contractor in this industry, it’s very hard.

WADA: That’s actually happening at other studios as well. You’re definitely starting to see this improvement in work-life balance across the board.

There seems to be a trend with Wit Studio passing to work on continuations of previous projects such as Attack on Titan, Vinland Saga, and The Ancient Magus’ Bride. Is this a matter of scheduling conflicts or a change in the studio’s approach to accepting projects?

WADA: For all the titles that Wit Studio has done, we wanted to create the continuations of those series. Five years earlier, for a lot of these titles, one of the biggest factors was DVD sales. As a business model, the decision to make a sequel depended entirely on DVD sales. At that time, for all of those titles that you just mentioned, we had only been contracted for season one. Then once the DVD sales results come in, we would get an offer to do a second season based on that. At that time, my management skills weren’t as good as they are today so I couldn’t add [the next seasons] to the schedule right away because I already had other shows lined up for funding. And of course, the fans and the publishers want to get the second season out as quickly as possible, which is what leads to it being animated by another studio.

That can’t really be helped, so I think that was the right choice in those cases. So because of the increase in the number of global fans and the number of streaming platforms that are available, it allows us to make more long-ended decisions on continuing to do a series. What I’d like to do with Wit Studio in the future, is that we now have the financial basis to continue to contract for longer periods.

What sort of information then do you look at now if DVD sales aren’t as big of an influence in the decision-making?

WADA: Streaming platforms, such as Netflix and Crunchyroll, generate a certain amount of revenue
based on the number of paying subscribers, so that’s what their basis is. Before, as you know, DVDs
were expensive, and not very many people could buy them. Now, that the basis for determining
whether or not to continue a series depends on how many people are watching, it’s much easier to
predict and make a decision.

SpyxFamily has gotten great television ratings on TV Tokyo, especially among the time-shift audience who are recording and then watching later. Are there plans to reconsider its airing block or consider airing future anime series during a primetime slot instead of late-night based on that?

WADA: I’m actually really surprised that SpyxFamily became such a big hit. But the series, as you know, makes family its theme which I think is part of its success. I think it has actually opened the door for the possibility of people not recording it or watching it late at night, but for showing more anime during prime time.

Wit Studio has produced several projects for Netflix, like Great Pretender and the Bubble film. How has creating projects for the platform worked on the business side? Does Wit Studio want to continue working with Netflix in the future?

WADA: Wit Studio‘s opinion is that we definitely want to continue to work with Netflix, but there is one thing that we actually have to kind of figure out and work on. I think one of the things that Netflix will have to work on in the future is their merchandising, events, and filling out additional aspects behind the titles that they release. Working with Netflix in the future, I think this is something that we definitely want to work on, clearing this hurdle together.

On the western side of things, there have sometimes been complaints about Netflix not promoting the anime series as much, so that they get lost a little bit. Have you experienced that with the Wit Studio offerings on there?

WADA: In my opinion, Netflix is mainly promoting the streaming platform itself. They are not promoting individual series for their own success.  I think that the way that their marketing structure is set up is going to be one of their biggest challenges in the future. Netflix should understand that each and every title is important to the creators, and they should keep that in mind going forward.

Denial of responsibility! Theinspi is an automatic aggregator around the global media. All the content are available free on Internet. We have just arranged it in one platform for educational purpose only. In each content, the hyperlink to the primary source is specified. All trademarks belong to their rightful owners, all materials to their authors. If you are the owner of the content and do not want us to publish your materials on our website, please contact us by email: [email protected] The content will be deleted within 24 hours.
Share. Facebook Twitter Pinterest LinkedIn Reddit Email
Previous ArticleSee Ghibli Park’s Grand Opening
Next Article Your Anime Rankings – Best of Fall 2022, Nov 26-Dec 2