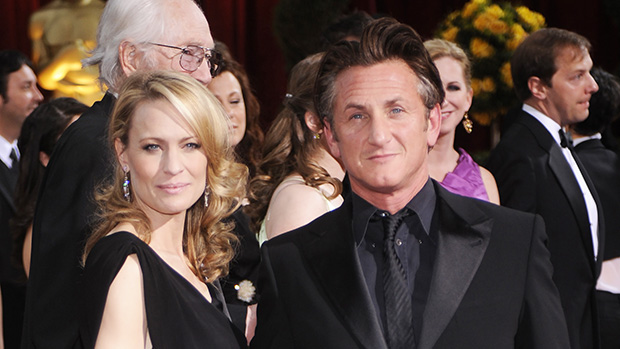 Who says exes can’t be friends? Sean Penn and his ex-wife Robin Wright have been seen out and about together on quite a few occasions recently, shortly after each split from their respective new spouses. Despite the recent outings, an insider close to the pair has revealed that they’re simply very close, according to a new report from People.

The insider revealed that despite being seen together on a few occasions both of the actors aren’t seeing anyone. “They are both single right now and get along great,” the source told the outlet. Sean, 62, finalized his divorce from his wife Leila George in April 2022, after marrying in July 2020 and separating in October 2021. Robin, 56, split from her husband Clement Giraudet in September 2022, after marrying in August 2018. Sean and Robin were wed from 1996 to 2010.

While the source said that both actors are single, they also explained that the Mystic River star was really happy to continue bonding with his ex-wife, with who he shares a daughter Dylan, 31, and a son Hopper, 29, with. “Sean has always said that Robin is the love of his life. He regrets many things that happened during their marriage. He really enjoys spending time with her now,” they said.

The report about the pair’s friendship comes after the former couple was seen traveling and spending more time together earlier in January. The pair were seen walking together through LAX airport on January 13. Shortly after the trip, they were seen chatting during an outing in Los Angeles.

Despite the new report that they “get along great,” it seems like it may have taken some time for Sean and Robin to come to an agreement on co-parenting. Sean opened up about the two having differences during a 2018 interview on Marc Maron’s WTF podcast. “We have very separate relationships with our kids at this point and it seems to work better that way because they are making their own decisions,” he said at the time. “As it turned out she and I did not share the same ethical views on parenting, including the continuing parenting of adult children.”

In fact, Robin had spoken about how the pair had tried to make their relationship work for their kids in a 2014 interview with Telegraph. “Divorce in and of itself, and with children, is devastating,” she said at the time. “One of the reasons why we got back together and broke up so much was trying to keep the family together. If you’ve got kids, it’s a family, and you try again, and you try again.”

Denial of responsibility! Theinspi is an automatic aggregator around the global media. All the content are available free on Internet. We have just arranged it in one platform for educational purpose only. In each content, the hyperlink to the primary source is specified. All trademarks belong to their rightful owners, all materials to their authors. If you are the owner of the content and do not want us to publish your materials on our website, please contact us by email: [email protected] The content will be deleted within 24 hours.
Share. Facebook Twitter Pinterest LinkedIn Reddit Email
Previous ArticleGlobal economic growth will slow to 1.9% in 2023: UN – National | Globalnews.ca
Next Article The CW’s ‘Gotham Knights’ Adds Ethan Embry, Sunny Mabrey