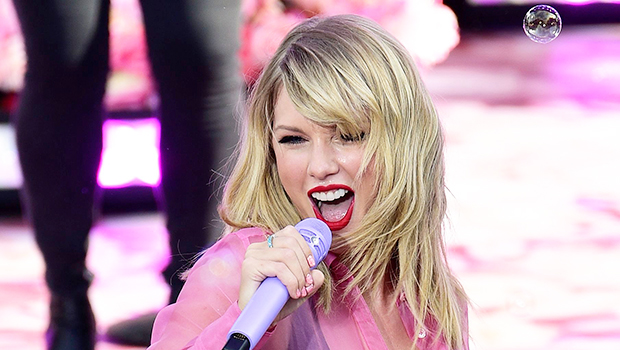 Look what Taylor Swift made them do! The Senate Judiciary Committee held a hearing on Tuesday, Jan. 24 to discuss the disastrous Nov. 2022 ticket presale for the 33-year-old country-turned-pop superstar’s upcoming Eras Tour by Ticketmaster and the lack of competition in the ticketed event industry, and several speakers used the topic as a chance to slip in references to Taylor’s healthy catalog of songs. As seen in the below video, Conn. Sen. Richard Blument refused to let Ticketmaster deflect the blame for the sale — which forced thousands of fans to wait hours for tickets just to leave empty-handed and then find tickets being sold by scalpers for thousands of dollars.

“Ticketmaster ought to look in the mirror and say: I’m the problem it’s me.”

“Ticketmaster had the temerity to imply that the debacle involved in pre-ticket sales was Taylor Swift’s fault,” he began before quoting her No. 1 hit, “Anti-Hero”. He continued, “May I suggest respectfully that Ticketmaster ought to look in the mirror and say, ‘I’m the problem, it’s me.’” Minn. Senator Amy Jean Klobuchar had a smile on her face as she quoted Red (Taylor’s Version)‘s fan-favorite song, “All Too Well”, during her opening statements as “an ode to Taylor Swift.”

Sal Nuzzo, senior vice president of The James Madison Institute, an organization formed to “advance public policy” to help Florida citizens financially, used a song from 2017’s Reputation to help question how Ticketmaster’s claim that its growth actually helps consumers is truthful. “A few million Taylor Swift fans would respond: ‘This is why we can’t have nice things,’” he stated. Plus, Senator Mike Lee from Utah joked that he wanted to head the Senate committee, per NBC News. Quoting “You Belong With Me” from Fearless (Taylor’s Version), he noted, “Once again: She’s cheer captain, and I’m on the bleachers”.

Taylor may certainly be “spinning like a girl in a brand new dress” after hearing these honorable mentions!

Joe Berchtold, president and CFO of Live Nation Entertainment, was present during these Taylor Swift-inspired arguments and jabs. He apologized to the Senate Judiciary Committee when he had a chance to speak and blamed bots for making it so difficult for real fans to purchase tickets. “The recent on sale experience with Taylor Swift, one of the world’s most popular artists, has highlighted the need to address these issues urgently. We knew bots would attack that on sale and planned accordingly,” he said. “We were then hit with three times the amount of bot traffic that we ever experienced and for the first time in 400 Verified Fans on sales, they came after our Verified Fan password servers as well.”

Top executives in the ticketing industry are facing the Senate Judiciary Committee after Ticketmaster’s breakdown last year during a sale of Taylor Swift concert tickets. pic.twitter.com/UT1Ue5nUSC

“We apologize to the fans. We apologize to Taylor Swift. we need to do better and we will do better,” he concluded. The apology likely won’t help Taylor or her fans come to “Peace” with the situation, considering the apology Ticketmaster shared (and then deleted and reposted with edits made) on Nov. 19, 2022 was one line. The statement then seemed to deflect most responsibility by raving about the record-breaking push for Taylor Swift tickets the company received.

Taylor Swift’s Grammy Wins: How Many She Has & What She Won For

After a few days of confusion, Taylor also spoke out about the devastating situation and the fact that after two presales, Ticketmaster canceled the general sale for the Eras Tour, citing a depleted inventory. “It goes without saying that I’m extremely protective of my fans. We’ve been doing this for decades together and over the years I’ve brought so many different elements of my career in house. I’ve done this SPECIFICALLY to improve the quality of my fans’ experience by doing it myself with my team who cares just as much about my fans as I do,” she began in a Nov. 18 Instagram Story.

Taylor went on to say how “excruciating” it was for her to see her loyal fans so upset. “There are a multitude of reasons why people had such a hard time trying to get tickets and I’m trying to figure out how this situation can be improved moving forward. I’m not going to make excuses for anyone because we asked them, multiple times, if they could handle this kind of demand and we were assured they could. It’s truly amazing that 2.4 million people got tickets, but it really pisses me off that a lot of them feel like they went through several bear attacks to get them,” she continued.

The Grammy winner concluded her statement by saying her “hope” is to provide other ways for her and her fans to “get together and sing these songs.”

Denial of responsibility! Theinspi is an automatic aggregator around the global media. All the content are available free on Internet. We have just arranged it in one platform for educational purpose only. In each content, the hyperlink to the primary source is specified. All trademarks belong to their rightful owners, all materials to their authors. If you are the owner of the content and do not want us to publish your materials on our website, please contact us by email: [email protected] The content will be deleted within 24 hours.
Share. Facebook Twitter Pinterest LinkedIn Reddit Email
Previous ArticleAnne Hathaway recalls creepy interview question: ‘Are you a bad girl?’
Next Article Lady Gaga Calls Taylor Swift ‘Brave’ For Opening Up About Her Eating Disorder In Doc