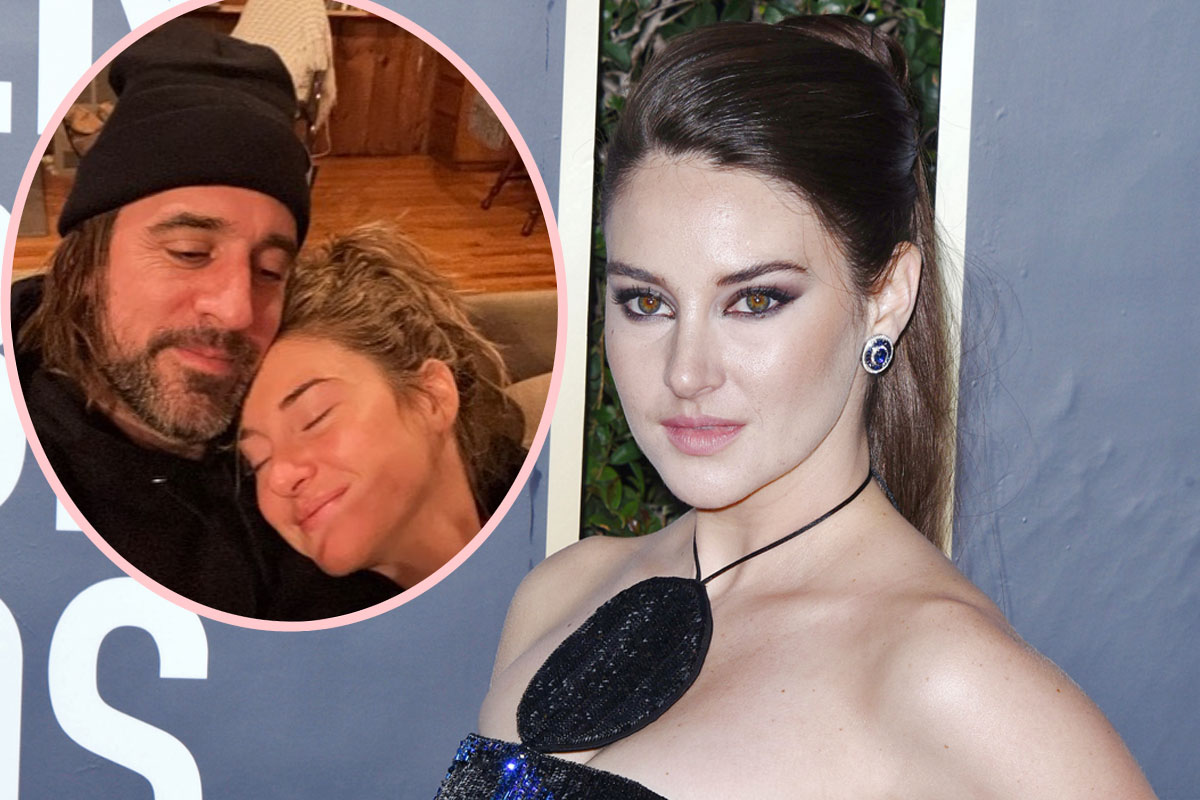 Breaking up with Aaron Rodgers took quite the toll on Shailene Woodley!

As you surely know, The Fault in our Stars actress and the Green Bay Packers quarterback called off their engagement last February after two years together. At the time, sources called it “an amicable split,” with Aaron even sharing gratitude for the actress on Instagram at the time. Now, almost a full year later, the 31-year-old is filling in some of the blanks on how she was affected by the breakup, and where she stands today.

In an Monday interview with Porter, Shailene admitted how much of a struggle it was to film her drama series, Three Women, while working through the separation:

“It was hard to film because I was going through the darkest, hardest time in my life; it was winter in New York, and my personal life was s***ty, so it felt like a big pain bubble for eight months.”

However, while it was difficult to do, it also provided a much needed outlet:

“I was so grateful that at least I could go to work and cry and process my emotions through my character.”

The Fallout star went on to reveal that while she’s less present on social media now, her former relationship with the athlete did a lot to open her eyes to the influence she held through her online posts:

“It honestly never really hit me that millions of people around the world were actually watching these things and paid attention to them. Then, I dated somebody in America who was very, very famous. It was the first time that I’d had a quote-unquote ‘famous’ relationship, and I watched [the] scrutiny, opinions, the desire for people to know my life and his life and our life — it just felt violating in a way that, before, it was fun.”

I’m a very private person, and so I found that any time I posted anything, I instantly felt like I was sharing too much of who I am with people I didn’t necessarily trust.”

Related: Shailene Is Living Life To The Fullest Post-Aaron!

Ugh, what an anxiety-inducing feeling… But as of now, the Big Little Lies actress is embracing her growth and releasing the hold others have over her:

“I’ve always loved getting older, but it’s almost like I feel an exhale; I’ve been waiting so long to experience not giving a fuck about what other people think about me and my life and the choices I make. I’m so excited to continue letting go of so many of the things that controlled me in my twenties; to really experience the joy of life in a way that, when you’re younger, is more difficult to experience — because it’s controlled by the way you were raised instead of the identity that you create as your own person.”

Now that’s what we like to hear! Live your best life, Shailene!

What are YOUR thoughts on her life post-breakup, and her mindset going forward, Perezcious readers? Let us know in the comments down below!

Denial of responsibility! Theinspi is an automatic aggregator around the global media. All the content are available free on Internet. We have just arranged it in one platform for educational purpose only. In each content, the hyperlink to the primary source is specified. All trademarks belong to their rightful owners, all materials to their authors. If you are the owner of the content and do not want us to publish your materials on our website, please contact us by email: [email protected] The content will be deleted within 24 hours.
Share. Facebook Twitter Pinterest LinkedIn Reddit Email
Previous ArticleFortnite Dead Space Skin Out Now With Isaac Clarke And Exclusive In-Game Challenges
Next Article How ‘Victorious’ Star Avan Jogia Used TikTok Thirst Traps to Get People to Watch His Directorial Debut ‘Door Mouse’