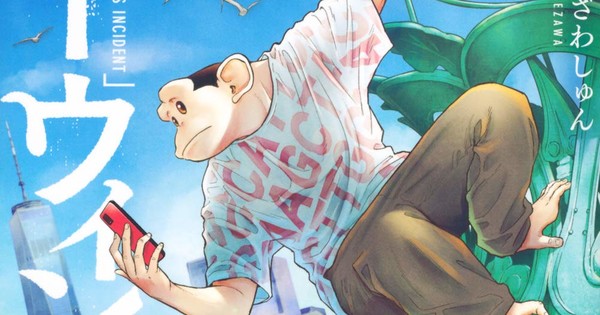 Umezawa to recover from illness

The March issue of Kodansha‘s Afternoon magazine announced on Wednesday that Shun Umezawa‘s The Darwin Incident (Darwin Jihen) manga will go on hiatus due to Umezawa recovering from an illness. The magazine did not reveal when the manga will resume.

Umezawa launched the manga in Afternoon magazine in 2020. Kodansha published the manga’s fourth compiled book volume in April 2022, and it will publish the manga’s fifth volume on March 23.

Kodansha USA Publishing licensed the manga, and will publish the first volume on September 5. The company describes the story:

Created in a biological science lab, Charlie is a half human, half chimpanzee hybrid known as a “Humanzee.”

Raised by his adoptive human parents, Charlie is now 15 and starting high school. There he meets Lucy, a clever loner who becomes his first-ever friend.

But his “normal” life is shattered when the animal rights extremists who freed his mother from the lab fifteen years ago reemerge as terrorists bent on kidnapping Charlie at all costs.

The manga won the 15th Manga Taisho awards in 2022. It also won an Excellence Award in the Manga Division of the Japanese government’s Ministry of Cultural Affairs’ 25th Japan Media Arts Festival Awards in 2022. The manga also ranked at #10 for manga for male readers in the 2022 edition of Takarajimasha‘s Kono Manga ga Sugoi! (This Manga Is Amazing!) guidebook.

Denial of responsibility! Theinspi is an automatic aggregator around the global media. All the content are available free on Internet. We have just arranged it in one platform for educational purpose only. In each content, the hyperlink to the primary source is specified. All trademarks belong to their rightful owners, all materials to their authors. If you are the owner of the content and do not want us to publish your materials on our website, please contact us by email: [email protected] The content will be deleted within 24 hours.
Share. Facebook Twitter Pinterest LinkedIn Reddit Email
Previous ArticleWHO head ‘very concerned’ about COVID deaths as emergency declaration call looms – National | Globalnews.ca
Next Article Get A Free Apple Arcade Subscription For A Limited Time