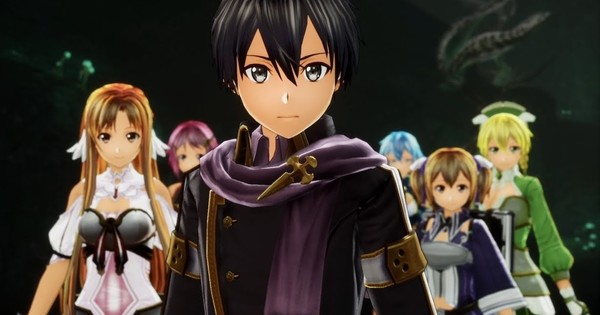 The game will launch for PlayStation 5, PlayStation 4, Xbox Series X|S, Xbox One, and PC via Steam this year.

The game will tell its own version of the War of Underworld arc, different from the original light novel series or anime. The staff promises that the game will feature the franchise‘s largest character roster and number of story episodes. ReoNa is returning to the franchise to perform the game’s theme song.

The franchise is launching a “brand-new original film project.”

Denial of responsibility! Theinspi is an automatic aggregator around the global media. All the content are available free on Internet. We have just arranged it in one platform for educational purpose only. In each content, the hyperlink to the primary source is specified. All trademarks belong to their rightful owners, all materials to their authors. If you are the owner of the content and do not want us to publish your materials on our website, please contact us by email: [email protected] The content will be deleted within 24 hours.
Share. Facebook Twitter Pinterest LinkedIn Reddit Email
Previous ArticleUniteUp! TV Anime Delays Episode 4 to February 11 Due to COVID-19
Next Article Octopath Traveler II Game’s Trailer Previews Characters Ochette, Castti