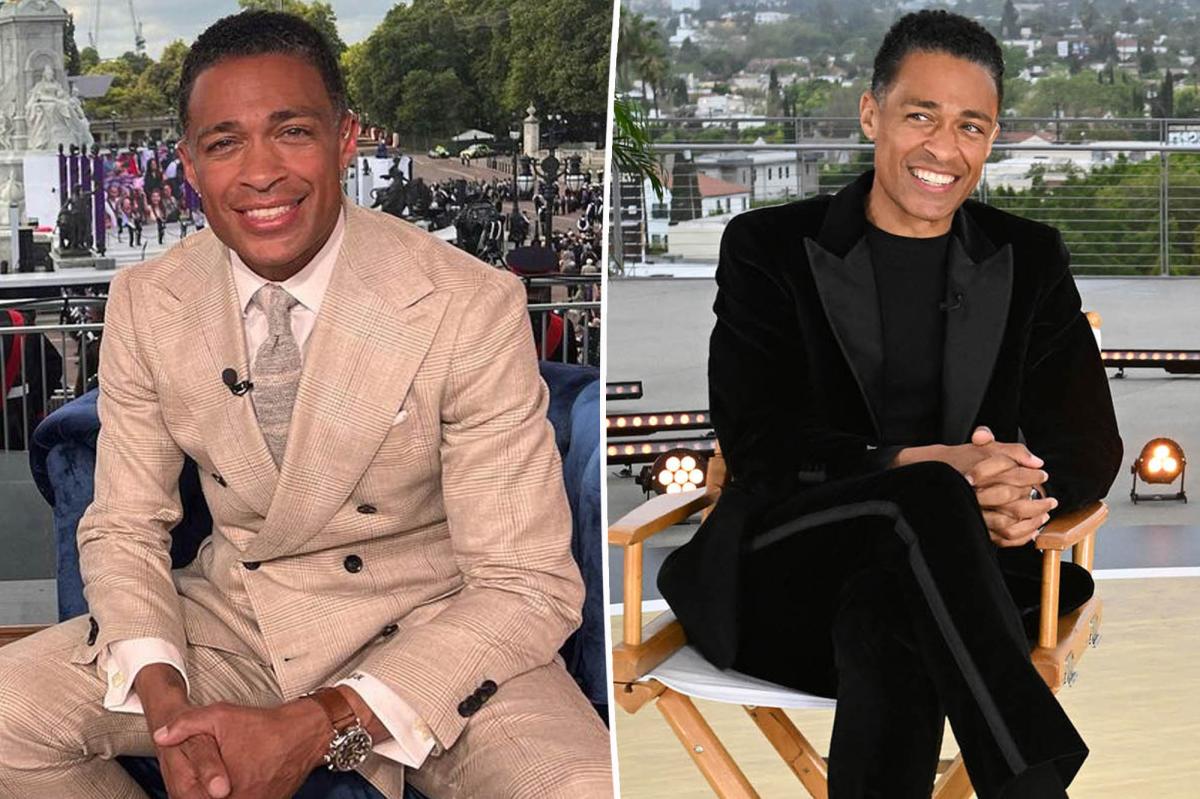 Still-suspended “GMA3” co-host T.J. Holmes has been accused of having a suspected in-office romp with another junior staffer.

A source exclusively tells Page Six that the alleged encounter occurred in 2015, the same year a then-married Holmes allegedly had a months-long affair with subordinate Jasmin Pettaway, whom he allegedly had sex with in his office.

We have chosen not to disclose the second woman’s identity at this time, and she has yet to respond to our numerous requests for comment.

However, our source tells us that she was around 24 or 25 years old at the time of the alleged hookup, working as an overnight associate producer.

Holmes and the staffer, who we’re told is no longer at ABC, were allegedly in his office sometime after 3 a.m. with the door closed.

We’re told “a bunch of rustling” could be heard and that the woman emerged looking “completely flush” and like “a deer in headlights.”

Though our source does not know whether the staffer ever reported the alleged encounter to HR, they described Holmes, now 45, as being “in a position of power over her.”

When asked whether they believed Holmes was abusing said power at the time, our source replied, “I would have to think so, yeah.”

“I do think it was like a, ‘Here’s this good-looking younger girl, and she’s here in my office, let me make a move,’ sort of thing,” our source alleged, describing the situation as “similar” to Pettaway’s.

Reps for Holmes and ABC did not immediately return Page Six’s requests for comment.

Last week, a source who was reportedly close with Pettaway, a 24-year-old script coordinator at the time, alleged to DailyMail.com that the first time Holmes “got sexual” with her was “in his office” — only a “couple of hours” before he was set to go live on air.

“They had sex, and I know she was confused afterwards as to what it meant,” the source claimed, calling Holmes “a predator who took full advantage of his position.”

Reps for Holmes declined to comment on the Pettaway allegations, while an ABC insider previously told Page Six that there was “already an internal investigation underway into if anything happened between T.J. and Jasmin Pettaway.”

Pettaway did not respond to our calls.

Holmes’ workplace behavior first made headlines in November 2022 when his months-long affair with his then-married “GMA3” co-anchor, Amy Robach, was revealed.

After the network launched an investigation into the nature of the colleagues’ relationship, it was reported that Holmes allegedly had romances with at least two other employees, including married producer Natasha Singh.

“[Holmes] and Amy are equals,” our insider noted last week, “but if he did have an affair with an underling, that is a definite case for his dismissal.”

Though Holmes and Robach are currently dating, she was reportedly “blindsided” by and had “no idea” of “the scope of T.J.’s alleged past office romances.”

Denial of responsibility! Theinspi is an automatic aggregator around the global media. All the content are available free on Internet. We have just arranged it in one platform for educational purpose only. In each content, the hyperlink to the primary source is specified. All trademarks belong to their rightful owners, all materials to their authors. If you are the owner of the content and do not want us to publish your materials on our website, please contact us by email: [email protected] The content will be deleted within 24 hours.
abc abc news affairs amy robach Celebrity News good morning america Gossip sexual misconduct T.J. Holmes TV
Share. Facebook Twitter Pinterest LinkedIn Reddit Email
Previous ArticleCamilo and Camila Cabello Go Anywhere but a Hospital in New Music Video for ‘Ambulancia’
Next Article Will Idaho Murder Suspect Bryan Kohberger Face The Death Penalty? – Perez Hilton