‘The Tunnel to Summer, the Exit of Goodbye’ Anime Film Screens at Thailand’s Jamnime Festival 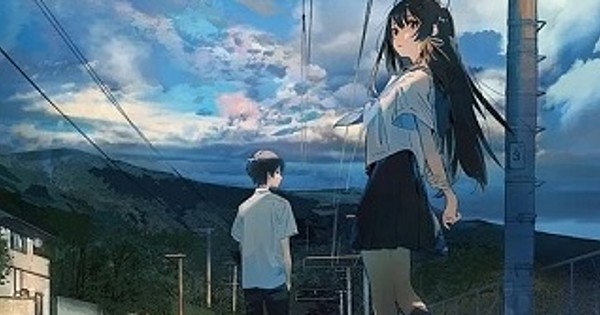 Thai film distributor Japan Anime Movie (JAM) Thailand announced on Saturday that it will screen the anime film of Mei Hachimoku and Kukka‘s The Tunnel to Summer, the Exit of Goodbye (Natsu e no Tunnel, Sayonara no Deguchi) young adult novel at the Jamnime Festival event in Thailand on February 4-5.

The film opened in Japan on September 9. Ōji Suzuka starred in the film as Kaoru Tōno and Marie Iitoyo played Anzu Hanaki. 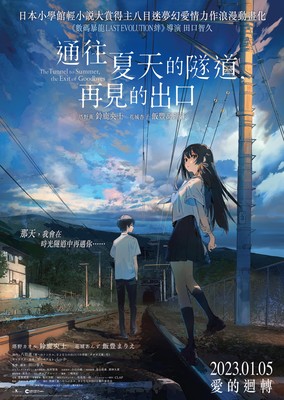 Seven Seas Entertainment has licensed both the original light novel and its manga adaptation in North America, and it describes the story:

Tono Kaoru heard a rumor: The laws of space and time mean nothing to the Urashima Tunnel. If you find it, walk through and you’ll find your heart’s desire on the other side…in exchange for years of your own life. On the night Kaoru just so happens to find himself standing in front of a tunnel that looks suspiciously like the one the rumor describes, he finds himself thinking of Karen, the sister he lost in an accident five years ago. To Kaoru’s surprise, he’s been followed by the new transfer student Anzu Hanaki, who promises to help him experiment with the mysterious tunnel–but what does she want from Kaoru in exchange? And what will he have left to give, after the tunnel’s done with him?

Hachimoku released the original light novel in July 2019, with illustrations by Kukka. The novel was ranked #9 in the bunkobon category of the 2020 edition of Takarajimasha‘s Kono Light Novel ga Sugoi! (This Light Novel Is Amazing!) guidebook.

Koudon launched the manga in Shogakukan‘s Sunday GX magazine in July 2020, and ended it in November 2021.

Denial of responsibility! Theinspi is an automatic aggregator around the global media. All the content are available free on Internet. We have just arranged it in one platform for educational purpose only. In each content, the hyperlink to the primary source is specified. All trademarks belong to their rightful owners, all materials to their authors. If you are the owner of the content and do not want us to publish your materials on our website, please contact us by email: [email protected] The content will be deleted within 24 hours.
Share. Facebook Twitter Pinterest LinkedIn Reddit Email
Previous ArticleFrom China to Japan, extreme cold is gripping East Asia. Experts say it’s the ‘new norm’ | CNN
Next Article Novak Djokovic Crushes Andrey Rublev To Reach Australian Open Semi-Finals | Tennis News