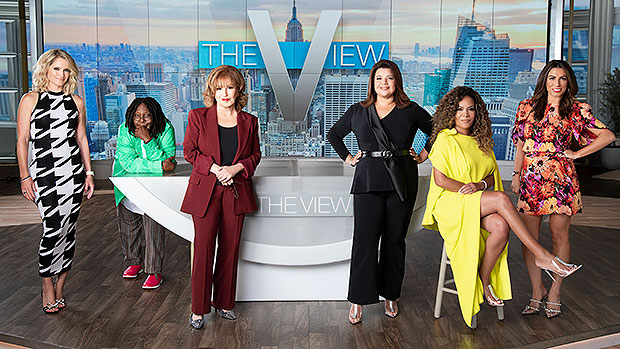 The View hosts were caught off-guard when a loud flatulence-sounding noise could be heard during a moment they were trying to take care of a liquid spill on the Jan. 25 show. Whoopi Goldberg pointed out the leak to co-host Sara Haines shortly after Alyssa Farah Griffin began to speak about the classified documents that were recently discovered at former Vice President Mike Pence’s Indiana home. Suddenly, the interruption happened and temporarily distracted all five ladies sitting at the talk show‘s table.

CLASSIFIED DOCS FOUND AT MIKE PENCE’S HOME: After former Vice Pres. Pence denied having classified documents in a November interview with @ABCWorldNews‘ @DavidMuir, the co-hosts react to documents being discovered at his home last week. pic.twitter.com/mtPNY0oARo

“We had a little spillage on the other side of the table,” Alyssa said, while laughing and seeming a little flustered. “Now it’s on my pants,” Sara also said as she and Whoopi tried to clean up the leakage with their talking point cards. Some of the audience members could also be heard laughing but the noise wasn’t brought up again.

The unexpected and funny distraction wasn’t the first one The View hosts have had to deal with other the years. Last year, host Joy Behar fell face-first when she was trying to climb into the high chair the ladies sat in during the show. Her co-hosts helped her up and luckily, she wasn’t hurt, but it caused the show to replace the chairs with ones easier to get into.

“Twenty-five years, that has never happened — who do I sue?!” Joy hilariously asked as she sat down at the table.

During another recent episode, Whoopi was unexpectedly heckled by an audience member when they called her an “old broad” during a live show. “I am an old broad, and happy about it,” she responded, causing others to laugh and cheer her on.

Another incident on-air, later called “fart-gate” by the public, happened in 2014 and was similar to the latest farting-like noise incident. After a weird and funny sound could be heard during a discussion, Whoopi pretended she accidentally passed gas by saying, “Excuse me! Oooh, oooh,” but when she addressed it the next day, she revealed she wasn’t responsible for it and was only joking. “There was a sound effect that we had never heard before,’ the comedian explained. “I’m thinking, ‘Damn, that’s weird, what can I do?’ Oh, I know! I’m gonna pretend I let a little something go. As a joke.”

Alyssa Farah Griffin: 5 Things On The New Co-Host Of ‘The View’

Denial of responsibility! Theinspi is an automatic aggregator around the global media. All the content are available free on Internet. We have just arranged it in one platform for educational purpose only. In each content, the hyperlink to the primary source is specified. All trademarks belong to their rightful owners, all materials to their authors. If you are the owner of the content and do not want us to publish your materials on our website, please contact us by email: [email protected] The content will be deleted within 24 hours.
Share. Facebook Twitter Pinterest LinkedIn Reddit Email
Previous ArticleMS Dhoni Begins Training For IPL 2023, Sweats It Out In Nets. Watch | Cricket News
Next Article “In Post-Match, He Was Hardly Mentioned”: Lack Of Chatter Around India Star Surprises Sanjay Manjrekar | Cricket News