UniteUp! TV Anime Delays Episode 4 to February 11 Due to COVID-19 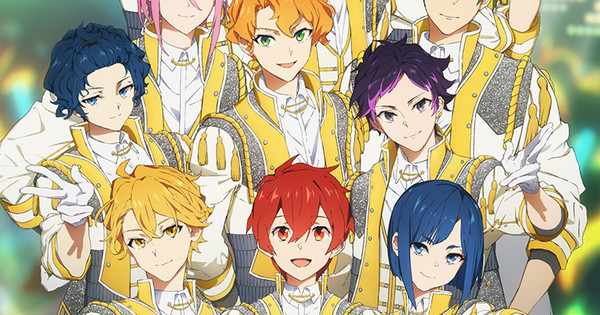 The official website for the television anime of Sony Music‘s “next dimensional idol project” UniteUp! revealed on Sunday that the staff are delaying the show’s fourth episode to February 11 due to the effect of COVID-19 on the production schedule. The third episode aired on Saturday, and the anime will air two special programs on January 28 and February 4 instead.

The show premiered January 7 in Japan, and Crunchyroll is streaming the series as it airs.

Akira Kiyose is a high school student who loves to sing.
His songs were published to a video sharing site as the internet singer “KIKUNOYU”.
One day, he is scouted by the entertainment agency “sMiLea Production” after they hear his singing voice.
The agency was established to nurture up-and-coming idols by the legendary idol duo “Anela” after they suddenly retired.
Akira forms a group with Banri Naoe and Chihiro Isuzugawa, who were also scouted.
The three online singers are inspired by the idols “LEGIT” and “JAXX/JAXX”, also belonging to the same agency, and aim to make their idol debut with their own thoughts and feelings in mind…!

Shin’ichirō Ushijima (I want to eat your pancreas) is directing the anime at studio CloverWorks. Rino Yamazaki (Akebi’s Sailor Uniform, Shadows House, Spy×Family) is overseeing the series scripts. Majiro (22/7) is designing the characters and is also the chief animation director, alongside Asami Komatsu and Yurie Hama. Yuki Hayashi (My Hero Academia, Haikyu!!) is composing the music.

The cast performs the show’s theme song “Unite up!”

Denial of responsibility! Theinspi is an automatic aggregator around the global media. All the content are available free on Internet. We have just arranged it in one platform for educational purpose only. In each content, the hyperlink to the primary source is specified. All trademarks belong to their rightful owners, all materials to their authors. If you are the owner of the content and do not want us to publish your materials on our website, please contact us by email: [email protected] The content will be deleted within 24 hours.
Share. Facebook Twitter Pinterest LinkedIn Reddit Email
Previous ArticleWhat next for Sicily’s Mafia after arrest of kingpin
Next Article Sword Art Online: Last Recollection Game’s Story Trailer Streamed