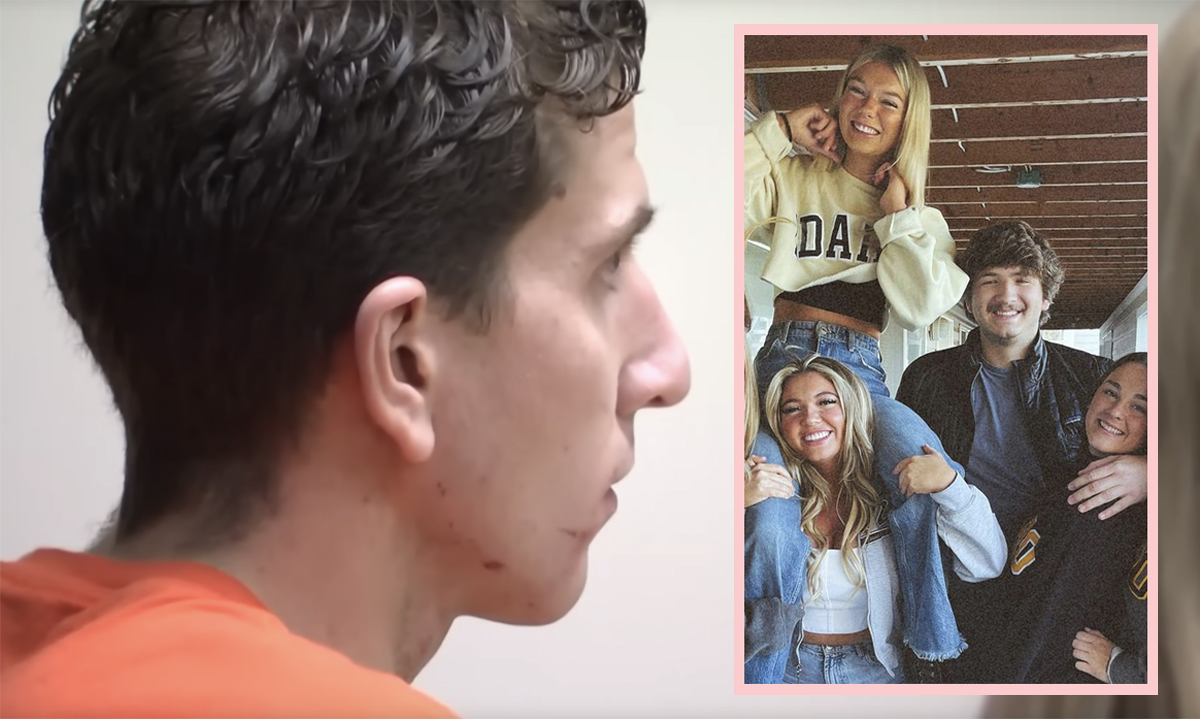 The trial won’t be for a few months, but many following the case are already asking the question… will Bryan Kohberger face the death penalty for the brutal murders of four University of Idaho students??

The 28-year-old was arrested in a surprise raid at his parents’ Pennsylvania home last month. We subsequently learned the police had actually gathered an astounding amount of evidence against Kohberger in the killings of Kaylee Goncalves, Maddie Mogen, Xana Kernodle, and Ethan Chapin. The Washington State University criminology grad student’s car was caught on camera, his phone data put him near the students, there was blood at his apartment, and his own DNA was left at the crime scene — on a knife sheath. That’s all in addition to the shocking fact that one of the surviving roommates saw a masked man walk by her whose “bushy” eyebrow description matches his. And something tells us she might be able to pick those eyes out of a lineup.

So we have a crime that shocked not just the small Moscow college community but also the entire nation. Prosecutors have a ton of evidence against their suspect. Will they seek the death penalty??

The death penalty is legal in Idaho, if not as commonly employed as, say, Texas. Only 29 executions have been carried out since 1864, and just three since 1976. The last was over a decade ago in 2012. But considering this crime… it definitely seems like a possibility, right?

Former federal prosecutor Neama Rahmani thinks so! He told People it’s extremely likely the DA will go for the death penalty for Kohberger:

Kaylee Goncalves’ parents have indeed openly called for the death penalty. Steve Goncalves, the 21-year-old’s father, said in an interview with NewsNation:

“Justice doesn’t have a room where you can read books and you can go to school and you can have three meals and you can have your vegan diet. To me, that’s not justice. Justice is when you leave the planet, and the whole world is able to rejoice and be glad that you’re not there.”

His wife Kristi went as far as saying she was “glad” they live in Idaho where the death penalty is legal.

That’s a sentiment we imagine a lot of parents in Idaho share when it comes to this kind of crime. Rahmani pointed out:

“Prosecutors are elected officials, and there’s going to be a lot of political pressure on them to seek a death sentence in a case like this and not offer any type of deal like life without the possibility of parole. It is one of the most gruesome murders in Idaho state history, so all those factors lead me to believe that very likely, prosecutors will seek the death penalty in this case.”

Innerestingly, Rahmani also weighed in on whether he thought Kohberger would present an insanity defense — something we could definitely see being the plan after the suspect’s reported behavior in prison. But the trial lawyer said:

“Kohberger’s attorney will most likely argue that he didn’t do it, rather than present an insanity defense. He was accomplished enough as a scholar to become a PhD student and he showed no indication of mental illness before the stabbings, so there would be little justification for his defense to argue he is incompetent to stand trial.”

That’s a fair point. Despite the upsetting internet messages which have been uncovered in which Kohberger describes symptoms of the rare neurological disorder known as visual-snow syndrome, it’s clear he was still capable of rational decisions and actions. You couldn’t get through grad school without significant control of your mental facilities.

But how are they going to argue he didn’t do it? With so much evidence?? We guess we’ll learn in a few months…

Denial of responsibility! Theinspi is an automatic aggregator around the global media. All the content are available free on Internet. We have just arranged it in one platform for educational purpose only. In each content, the hyperlink to the primary source is specified. All trademarks belong to their rightful owners, all materials to their authors. If you are the owner of the content and do not want us to publish your materials on our website, please contact us by email: [email protected] The content will be deleted within 24 hours.
Share. Facebook Twitter Pinterest LinkedIn Reddit Email
Previous ArticleT.J. Holmes accused of suspected in-office romp with another junior staffer
Next Article ‘My Year of Dicks’ Creator on Bringing Her Teenage Sexual Awakening to the Oscars: ‘This Isn’t a Story You Get to See Very Often’