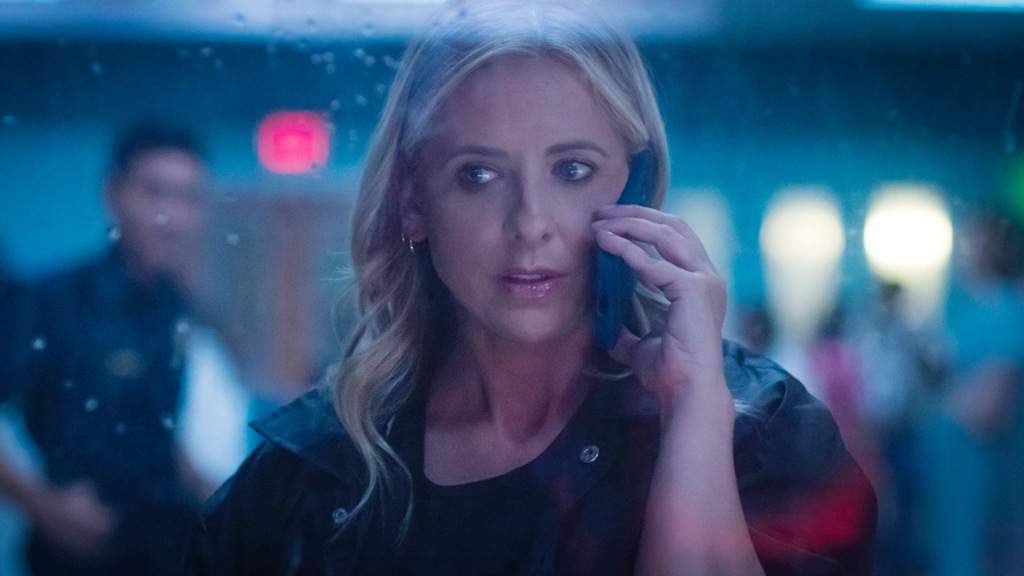 It’s not an anniversary most people are celebrating, but it was only a year ago that Peacock released a quirky little dramedy called Wolf Like Me. Even though it was obvious to anybody who could read the title, the preference was that critics not spoil that the show, featuring a great central performance from Isla Fisher, was really about werewolves. Then again, if you revealed that the show was about werewolves, audiences tuning in for werewolves probably would have felt like the show was too much about people. Stupid, pesky people and their pesky feelings.

Fortunately, there’s no need to tip-toe when it comes to Paramount+’s new drama Wolf Pack. It’s about werewolves. Yay! The very best thing that can be said about Wolf Pack is that it’s not coy. Still, even knowing that the show is unquestionably about werewolves, discerning audiences tuning in for werewolves will probably feel that the show is initially too much about people. Wooden, badly written people and their pesky perfect cheekbones.


Created by Jeff Davis, the mind behind MTV’s Teen Wolf, Wolf Pack kicks off with a pilot that I found to be entertainingly bad, with enough amusingly heightened elements that I could keep watching with morbid curiosity. The second of two episodes sent to critics is so disjointed and uninvolving that all curiosity evaporated, like the tiniest droplet of water in the middle of an inferno.

Speaking of infernos, that’s where the Wolf Pack pilot, written by Davis and directed by Jason Ensler, begins. There’s a big ol’ fire burning to the east of Los Angeles. A school bus, transporting the most and least popular students from what is apparently a regional feeder school, is caught in a gnarled traffic jam on the edge of the blaze. Suddenly, all of the animals come thundering out of the woods. It’s a sequence I’ve seen before in a dozen films and TV projects, but there’s always something distressing about watching CGI deer, coyotes and one flaming ram in a thundering stampede. For some reason, this is exactly the moment that the stupid high school kids decide to leave the partial safety of their bus, getting caught in the stampede. Some get hilariously and graphically trampled, but several get bitten. By something.

Among the bitten are anxiety-prone Everett (Armani Jackson) and Blake (Bella Shepard), who’s all sullen-yet-nurturing in that way that only a fictional teenage girl with a younger brother on the autism spectrum can be. Everett and Blake aren’t friends, but they form a tenuous bond around their gnarly bite marks.

The fire is causing nervousness for twins Luna (Chloe Rose Robertson) and Harlan (Tyler Lawrence Gray), because their father (Rodrigo Santoro’s Briggs) is a park ranger who will spend the first two episodes coughing in a state of smoky disorientation. Also, Harlan is gay. Also, Harlan and Luna are werewolves. Are they connected to the blurry CG thing with glowing eyes that bit Everett and Blake? If not, it’s a heck of a coincidence. Or maybe all of the glowing yellow eyes just mean that a hepatitis outbreak is spreading and Hepatitis Pack was just too cumbersome a title.

The fire provides additional cover for Kristin Ramsey (Sarah Michelle Gellar) to spend two episodes going around introducing herself as an arson investigator for the LAFD. Not to actually do any investigation, mind you. But definitely to introduce herself as an arson investigator. Kristin knows more than she’s saying or else the decision to cast Sarah Michelle Gellar was a weird one. I can’t, however, review Wolf Pack on the basis of things that might become less weird in the future. For now, it’s a lot of Kristin introducing herself to people and explaining that arson is bad. Duly noted.

One of the fun things about Wolf Like Me was that it chose to deviate from the most familiar lycanthropy metaphor — werewolf-ism as extension of puberty — to use wolfing out to parallel changes of life at middle age.

Wolf Pack returns the metaphor, such as it is, back to puberty, particularly that universal moment at which all CW and MTV stars emerge from the ugly awkwardness of adolescence to realize they’re attractive.

Clearly hot, but with visible acne scars in certain lighting? Try lycanthropy! Clearly hot, but wearing clothes too baggy for anybody to see you’ve got a banging bod? Ask your physician if lycanthropy might be right for you! Side effects include fast running, enhanced senses and abs. If excessive hotness occurs, consult a modeling agent.

As I mentioned, the first episode is at least amusing. The script consists of one groan-worthy line of dialogue after another — and there’s no indication that any of the young members of the cast are capable of overcoming groan-worthy dialogue — but it’s fun to watch the little augmentations of the established Teen Wolf formula. There’s a little extra swearing here, some heightened gore there. Everybody is so attractive that if you just put Gregg Araki in charge of the property, orgies would ensue in lieu of carnage, but instead, it’s a lot of, “Holy shit, I can see my abs!” (actual line of dialogue) and “Holy shit, my skin looks great!” (not an actual line of dialogue, but close). There are a few jump scares, where CG blobs burst out of the darkness, but nothing is really scary. It is, however, impeccably lit for maximum ominousness, especially the hospital hallways and dingy motel rooms.

Then in the second episode… nothing happens. There’s like 30 minutes — these episodes are 50+ minutes apiece and feel like hours — of bite-induced hallucinations, several scenes of Sarah Michelle Gellar introducing herself to people before disappearing, plus the half-hearted introduction of a new character who ostensibly seems not to be hot enough to be part of the main ensemble. Is he walking werewolf kibble or will he prove to be the ultimate proving case for the hotness-inducing powers of lycanthropy? The answer will be revealed in an episode I definitely will not be watching.

The performances are all wooden — my sense is that Shepard and Jackson are a notch better than Robertson and Gray — but what’s weirder is how the directors of the first two episodes are too invested in the eerie mood lighting and all-purpose objectifying to figure out how to get the actors to move in the frame, so there’s one scene after another of people standing awkwardly, unsure what to do with their supernaturally enhanced bodies. They aren’t much more comfortable with their supernaturally enhanced movement, and there are a couple of scenes of people running where you can almost hear the editors going, “Well, that was the best we could do.”

A lot of what’s guiltily pleasurable about the first episode could perhaps be sustained through the clunkiness of the second if at least there was any narrative forward momentum. Maybe the deliberate pacing works better in Edo van Belkom’s book, but if you asked me after two episodes what Wolf Pack was likely to become as a series, my only answer would be that the various wolves might come together as some sort of pack, and that eventually Sarah Michelle Gellar will introduce herself to them as well — though whether she’ll be a wolf when she does it, I can’t say and will not stick around to find out.

Denial of responsibility! Theinspi is an automatic aggregator around the global media. All the content are available free on Internet. We have just arranged it in one platform for educational purpose only. In each content, the hyperlink to the primary source is specified. All trademarks belong to their rightful owners, all materials to their authors. If you are the owner of the content and do not want us to publish your materials on our website, please contact us by email: [email protected] The content will be deleted within 24 hours.
Share. Facebook Twitter Pinterest LinkedIn Reddit Email
Previous ArticleHomosexuality is a sin but not a crime, Pope says
Next Article Shakira’s Ex Gerard Pique Goes Instagram Official With New GF 7 Months After Split